BOSTON — There’s a scene in the 1985 flick “Witness” where an Amish woman tells the profane Philadelphia cop played by Harrison Ford that he looks “plain.” It’s meant as a compliment: He fits in; he looks like he belongs.

I had a moment like that during my just-completed stint as Moscow bureau chief of The Washington Post. It was the day after I had appeared on the prime-time talk show of Vladimir Solovyov, known for its nightly thrashing of Westerners, Western policies and Westernizers.

My once-fluent Russian was rusty after 12 years out of the country, and I had trouble making sense. Solovyov went easy on me, but two other guests, leader of the Liberal Democratic Party Vladimir Zhirinovsky (who corrected my grammar and syntax mistakes) and political analyst Sergei Mikheyev, laid into me with the usual abandon.

I didn’t really argue, I just tried to say rational things while acknowledging the historical context of post-Soviet disillusionment with the United States. The next morning, I was looking at my Twitter and saw that some of Solovyov’s viewers had given a thumbs-up to my performance. “The American is adequate,” one tweeted.

Actually, адекватен doesn’t really mean “adequate” — it’s more “appropriate,” but in that context, a better interpretation of “Американец адекватeн” might be “the American didn’t annoy me,” or even better, “the American was OK.” Or, perhaps, “the American looked plain.”

However you translate it, that was high praise for an American journalist in Moscow these days. Quite simply, few Russians I’ve met believe in what we do. Many Russian leaders assume we’re working for what they see as a Russophobic American establishment bent on blaming the Rooskies for everything.

Vladimir Putin’s opponents think that we’ve lost our minds by fixating on alleged Kremlin interference in the 2016 U.S. presidential election. The Russian Foreign Ministry has picked up on President Trump’s line about publications like the Post, and started its own “fake news” page.

There’s no way of hiding from the perception that a reporter for The Washington Post is by definition engaged in a dishonestinformation war “against Russia.” Whatever that means. In my experience, the only time Russians agree about the meaning of Russia is when they define it by who or what is against it.

It’s probably too much to ask for Russian media critics to accept that a vague hybrid of news judgment and market forces, rather than institutional prejudices, drives most American news coverage. It’s difficult for me even to explain that hybrid. I came to Russia planning to write about some of the 144 million people who aren’t Putin; in the end, only two of my stories didn’t mention him. No one told me what or what not to write. The Trump-Putin dynamic just ended up being the story in demand.

So I went on Russian TV to see what it was like, but also to have the chance to address those Russians my stories weren’t covering.

It’s not a great medium. “Western” guests are essentially brought on so that their ideas can be ridiculed. Even when the hosts let me talk, my inaccurate language undercut my analysis. Last time I was on, two State Duma deputies mocked my understanding of geography during a discussion about the Zapad-2017 military exercises.

During one of the breaks, I looked back to plead my case with the studio audience. “I’m not trying to be inadequate,” I said to people in the seats closest to me. “It’s OK,” a woman assured me. “You’re adequate.”

For a moment, it felt good to be plain.

David Filipov was Moscow bureau chief for The Washington Post from September 2016 to January 2018. The views and opinions expressed in opinion pieces do not necessarily reflect the position of The Moscow Times. 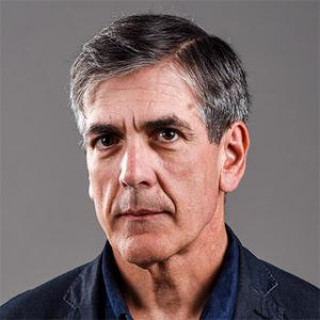 Marina Ovsyannikova, who has twice been fined for opposing the war, faces up to 10 years on charges of spreading "fake news" about the army.
outlawed outlets

Any Russian who cooperates with the investigative outlets or cites their work now faces criminal prosecution.