A meeting of the world’s health ministers in Moscow this week could prove to be a pivotal moment on the road to ending tuberculosis (TB).

Clearly, the world is lagging in fighting tuberculosis, a largely curable disease that accounts for so many preventable deaths and infections.

In the case of  HIV/AIDS, early testing and a commitment to research resulting in a wide range of effective antiretroviral drugs have transformed the disease from a death sentence to a manageable condition. Some 19.5 million people are currently living with HIV and these efforts have saved millions of lives.

Rates of HIV infection have been declining in many countries for some years now with the notable exception of Eastern Europe and Central Asia, which is home to the fastest growing rates in the world. Russia and Ukraine account for the vast majority.

In Russia alone, it is estimated that over a million people are living with HIV compared to around 250 000 a decade ago.

The TB world is confronting the many challenges posed by the most common forms of the disease and the rapid growth of Multidrug Resistant TB. However, the highest rates of TB in the world are found in Eastern Europe and Central Asia.

Nine of the 12 countries in this region are on the World Health Organization's global list of Multidrug Resistant Tuberculosis (MDR-TB) high burden countries. Two-thirds of the region’s MDR-TB burden is in the Russian Federation and Ukraine.

The statistics are frightening. Over 20 percent of all new cases coming for re- treatment – in Eastern Europe and Central Asia are Multidrug Resistant and the number of people with drug resistant TB in the region is increasing by five percent each year.

In Russia, 80 People Die of AIDS Every Day

Across all 12 Eastern Europe and Central Asian countries, 30 percent of people estimated to have drug-resistant TB are not being diagnosed.

New drugs like Bedaquiline are only reaching three percent of all people living with MDR-TB in the region, and the number of new cases associated with an HIV infection is also rapidly increasing.

Under these circumstances, many observers see the World Health Organisation´s (WHO) noble deadline to eliminate TB by 2030 as precarious unless some major steps are taken to dramatically turn around decades of underinvestment in research and development.

Many strains of MDR TB are resistant to some — or nearly all — existing drugs. These strains kill 200,000 people annually. TB treatment is long, painful and in Eastern Europe and Central Asia results in a cure in only 50 percent of cases.

Treatment for a typical case of drug-sensitive TB lasts six months, while drug-resistant TB must be treated for nine to 24 months. The methods are outdated, using old drugs with severe side effects and curing only 54 percent of patients. If nothing changes, a projected 75 million people will die from TB by 2050.

Less than a third of funding required to develop new drugs is invested annually. The world’s only TB vaccine, now 90 years old, has failed to halt the global epidemic. TB vaccine research is grossly underfunded even though a vaccine for adolescents and adults would be the single most cost-effective solution to help end the epidemic. Today we continue to fight the world’s largest infectious-disease epidemic using antiquated diagnostics and treatment.

Respiratory Diseases Most Common in Russia

Initiatives such as The Life Prize being announced this week could be the kind of breakthrough that will change the stagnant TB research and development status quo.

Formed by a coalition of global health organisations, The Life Prize’s aim is to develop a single affordable and accessible regimen that will cure all forms of TB within one month.

The Life Prize will incentivise and reward scientists to bring promising new TB drugs through the drug development pipeline.

Research funding initiatives of this kind will need sustained political commitment. It is promising that in its early days, the Life Prize has attracted strong support from the BRICS nations.

New agreements between Russian and international pharmaceutical companies to manufacture Multidrug TB drugs such as Delamanid and Bedaquiline are also encouraging.

But a potential new regime of TB science will also need to be matched by effective implementation on the ground.

That will mean some fundamental changes and reforms in the way that TB care is delivered in many parts of the world, including in Eastern Europe and Central Asia  where TB care remains largely hospital-based rather than decentralized to primary health care structures.

How to fund and implement those changes while also  driving the search for new diagnostic tools, drugs and vaccines that treat TB will be a focus of discussions this week in Moscow.

How seriously thereafter the world’s leaders take TB as a health crisis that needs prioritising we shall discover at the first ever United Nations High Level Meeting on TB, to be held in September 2018.

Eliminating TB will not be easy but neither is it impossible – history has shown that just as challenging global health crises have been overcome when political commitment and scientific innovation coalesce. 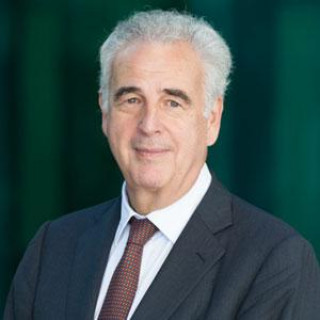 Thirty-one Russian regions have enough supplies of a critical HIV drug to last until between mid-August and late September.
Mounting tolls

Rospotrebnadzor said 57.5 percent of all HIV-positive cases were transmitted sexually and 39 percent through drug use.
HIV

Russian Retirees Increasingly at Risk of HIV Due to Unprotected Sex and Drug Parties, Expert Warns

“In general, this population group leads a very active sexual lifestyle,” the head of a regional AIDS center was cited as saying.
HIV

Most new cases in the former Soviet Union in 2017 were from heterosexual sex as the disease spreads beyond high-risk groups.