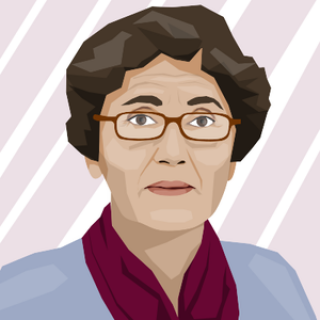 The latest firings of governors is a major political story, with many analysts wondering what broader changes the shake-up might signal. But a closer look shows that personnel changes in Russia's provinces is nothing new.

The most substantial wave of gubernatorial dismissals came at the end of the 2000s, when more than 30 governors were replaced in the first two years of Dmitry Medvedev’s presidency.

New governors were appointed based on their loyalty to the Kremlin rather than their ability to govern, meaning that many appointments were utterly inexplicable from a governance standpoint. The number of leaders without any knowledge of the region they were appointed to govern spiked.

The next wave of dismissals came in 2012–2013, when regional governor again became an elected position. As insurance, about a year before elections were held, the Kremlin replaced unpopular appointees with new, more electable figures.

2017 has already brought two new salvos against regional governors, making many analysts forget about the recent past. So now the question becomes: How does the latest wave of dismissals differ from earlier ones?

Generally speaking, very little has changed: governors who lack the confidence of the public and at odds with regional elites are dismissed. The reasons behind their unpopularity — whether poor governance or external economic shocks — are immaterial.

Economic factors, for example, were key in the firing of the regional governor of the Nenets region, where budget revenues fell by more than 20 percent in 2016 due to dropping oil prices. Thanks to harsh budget cuts, the governor managed to avoid an economic collapse. But the population and regional elites weren’t happy, and so he had to go. No one in the Kremlin cared that budget revenues rose by almost 80 percent in the first half of 2017.

The first difference between the 2017 dismissals and the previous shake-ups is that the current wave of firings is tied not to gubernatorial elections but to the 2018 presidential election.

In the Kremlin, the thinking goes that a fresh face in the governor’s seat may reduce the population’s unhappiness and increase turnout in the election.

The second difference is that the Kremlin no longer fears gubernatorial elections the way it used to. The new acting governors, even those appointed just six months before the elections, will win easily.

It is more difficult than the Kremlin initially thought for candidates to drum up support in the regions without the Kremlin’s backing: those hoping to register as candidates must collect a given number of municipal deputy signatures—a challenge that is all but impossible for candidates who are not favored by the state.

The election day victories of the recent gubernatorial appointees in the 2017 elections proved this anew: they won between 60 and 89 percent of the vote.

The new regional governors are much younger than their predecessors. They are largely young technocrats with experience governing at the federal level and are largely unfamiliar with the regions they now govern.

Of these young technocrats, only two have had success governing their regions: the new head of Perm Krai, Maxim Reshetnikov — an alum of the Ministry of Regional Development and the Moscow city government— and Dmitry Azarov, the acting governor of the Samara region and former mayor of Samara and senator in the Federation Council.

Artur Parfenchikov, the governor of Karelia, like Reshetnikov, is not a stranger to his region, but has spent the past decade working in federal government.

The sole exception to the trend of younger governors being appointed is Alexander Uss, who headed Krasnoyarsk Krai’s legislative assembly before being appointed governor. The Kremlin evidently decided to avoid risking appointing a young technocrat in Krasnoyarsk because many major Russian companies have assets there.

Instead, it supported a leader with connections to the local elite who is capable of cooperating and reaching agreements with various interest groups.

The third major change is the appointment of siloviki  — representatives of the security services — especially veterans of the Federal Protective Service, to gubernatorial positions. This is not an entirely new trend: in the early 2000s, military men rose to power in Ulyanovsk, Voronezh, Krasnoyarsk, and Khakassia.

The results were dismal: the siloviki proved themselves unable to govern, getting into conflicts with local elites, appointing corrupt people to important positions, and embezzling state resources. Their sorry performances did not prevent siloviki from being appointed in the provinces of Tula, Yaroslavl, and Tver, however.

The same rakes remain: And Yaroslavl’s new governor, for example, brought with him a team of managers from the Moscow province and is now butting heads with local elites.

An extreme example of the trend of siloviki appointments is Vladimir Vasiliev, a former Interior Ministry official who was recently appointed head of the republic of Dagestan.

He has extensive leadership experience from his time in the lower house of parliament, but none in economic management. The appointment of a high-ranking Russian silovik in an ethnically non-Russian region brings to mind the imperial experience of governors-general serving in “alien” lands. This sort of decision is sure to humiliate the republic’s local elites.

The personnel changes of recent years show that Russia is becoming less and less federalist. Being governor has ceased to be a good thing for one’s career. It is now tantamount to standing before a firing squad, as regional governors can be dismissed at any moment and even prosecuted.

Indeed, governors’ independence in decision making has decreased sharply since the early 2000s, while the risk of criminal prosecution by the prosecutor general, the FSB, and the Investigative Committee has seriously increased. That risk is minimal only for the new siloviki, whose power far exceeds that of local law enforcement officials.

Moreover, the rules for governors are now much less clear. Not a single personnel change in 2017 was related to regional economic development. In fact, the governors of the worst economically performing regions have remained in office, while others have been replaced.

Political rules of the past (that no major protests take place, that federal elections produce favorable results, and that the president’s orders be carried out) no longer seem to apply, either. The governors who were sacked largely observed these rules.

A governor’s opportunities with respect to the major companies in his region have also shrunk. In the early 2000s, governors of developed regions either acted as arbitrators, balancing the interests of various business groups and ensuring that agreements were complied with, or supported one interest group against others.

With the nationalization of big business and the suspension of gubernatorial elections, regional governors became largely irrelevant. Major companies, especially those run by the government, now resolve their own problems in meetings in the Kremlin. The return of gubernatorial elections changed nothing, and governors have virtually no levers of influence over companies’ investment decisions.

The recent firings of regional governors have dealt yet another blow to Russian federalism. Russians are again being taught that regional autonomy is unnecessary because Moscow knows best.

Natalya Zubarevich is a professor at Moscow State University and a regional program director at the Independent Institute for Social Policy. The views expressed in opinion pieces do not necessarily reflect the position of The Moscow Times.

An unabridged version of this article first appeared at the Carnegie Moscow Center.

Thanks for signing up!
Read more about: Putin , Duma , Elections

all in the family

Both the Russian government and the opposition have grown tired of her, analysts say.
Putin

Since November, the number of people who say they'll vote for Putin has grown
Putin

Medvedev Could Be Replaced by Sobyanin or Nabiullina, Bloomberg Says