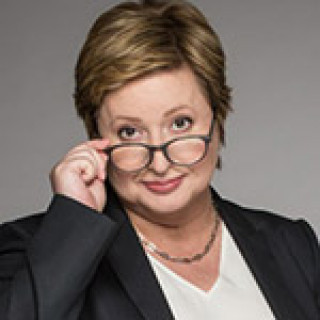 The Soviet gulag may have transformed into Russia’s Federal Penitentiary Service (FSIN), but its essence arguably is unchanged.

No neutral observer would describe Russia’s prison system as socially just. The obsolete infrastructure, the abysmal level of staff training, the lack of transparency, the outdated reasoning for punishment, and the complete absence of resocialization programs are just some of the flaws inherited from the gulag.

But there is one aspect of the system that has received very little attention: the practice of nationalizing losses and privatizing profits.

The reason that prisoners’ rights are violated today is not to force them to build major infrastructure. It isn’t even for “reeducation through labor.”

The sole raison d’être is to serve the private commercial interests of individuals who draw their salaries from budgetary funds.

Every correctional facility has its own production unit — a sewing factory or a woodworking or metalworking shop. Expenses like electricity and the salaries and living expenses of the prisoners are covered by the state.

Some funding also comes from the prisoners’ salaries, though the amounts are minuscule. (Under Russian law, prisoners must compensate the state for their food and clothing, and up to 75 percent of their salaries may be deducted for that purpose).

How Pokemon Go Led a Russian Blogger to Prison

The lion’s share of profits are accumulated either by intermediary companies that buy goods produced by the prisoners or returned to the heads of the correctional facilities through kickbacks by companies that purchase the goods directly.

The facility itself receives only a fraction of the profits after factoring in all of its expenses — or, more precisely, all of the federal budget’s expenses.

This is exactly how many industrial enterprises were bought up in the 1990s in Russia.

These plants would gradually slide into bankruptcy, while the trade houses would amass the funds to buy up their shares.

In the penitentiary system, this scheme is used to siphon off and privatize profits, rather than assets.

Alexei Kozlov, a financial expert who served a sentence at a correctional facility in the Tambov region (and the author’s husband), described a scheme involving the production of woolen socks in the region’s Rasskazovsky district.

“Naturally, it would be more profitable for the correctional facility to produce and sell goods directly. However, then it would be obvious if it was selling the socks at half the market price, and the embezzlement would be exposed. With tolling operations, just as with the leasing of shops, it is difficult to prove the details of the corruption.”

The FSIN’s main argument for this scheme is that the correctional facility does not have the funds to purchase equipment and materials.

But it will never have the funds if it keeps privatizing profits and nationalizing losses.

In other cases, production is not even the objective of the scheme, but merely a screen for expenses.

Under one scheme exposed by Alexei Fedyarov, a retired prosecutor and a coordinator at Russia Behind Bars, correctional facilities receive money to farm land. But the agricultural scheme is fictitious. A visit to the fields is enough to show that.

On paper, however, the facility puts out a surplus of agricultural produce that it sells off through state contracts. It sets prices too high for anyone else to be interested, so only other correctional facilities “buy” this “produce.”

This is why the goods are sold by the correctional facility itself, not by the regional FSIN directorate. Other facilities, which are also independent legal entities, cannot purchase products from the FSIN, but they can buy surplus goods from different facilities.

Another scheme exposed by Kozlov is the sale of prisoners’ labor, the primary asset of most correctional facilities.

“Close to Penal Settlement 13 in the Kokhma settlement of the Ivanovo region, there is a state-owned farm, Sovkhoz Teplichny. The farm has agreements with the minimum-security penitentiary facility under which prisoners work at the farm. The prisoners work ten hours a day, seven days a week, in violation of Russian labor law, which sets a maximum workweek of forty hours and requires Saturday and Sunday hours to be compensated as overtime at double the hourly rate. Prisoners don’t report these violations, as speaking up can jeopardize their chances of early release, and no one wants to risk that.”

These schemes are commonplace in the penitentiary system. There are some relatively honest prison heads. But care must be taken not to reveal their identities because the head of a penitentiary facility who is openly mentioned in a favorable light can get into serious trouble.

An honest and more transparent economy for penitentiary facilities—one that serves the interests of the state and of the prisoners—is possible.

However, the existing limited oversight of the system encourages precisely the opposite.

Olga Romanova is the director of Rus Sidyashchaya (Russia Behind Bars), a prisoners’ rights organization. An unabridged version of this article was first published by the Carnegie Moscow Center.

Thanks for signing up!
Read more about: Corruption , Economy

“There are no stable rules, there’s no impartiality in … the arbitration of problematic disputes,” Kudrin said.
opinion Leonid Bershidsky

The Troika Laundromat Shows How Not to Combat Money Laundering

Focus on shady transactions, not the banks themselves.
Banks

In his Dec. 1 state of the nation address, Russian President Vladimir Putin promised to boost economic growth across the board, while simultaneously fighting...
Corruption

A New Economic Development Minister, But Still No Answers

President Vladimir Putin has appointed a new Economic Development Minister, but his choice reveals little about the motivations behind the arrest of the...