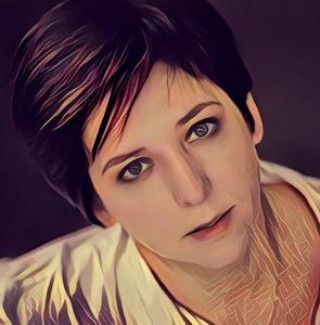 *This article first appeared in The New Times.

Perhaps Rudolf Nureyev's biography holds the key to what just happened at the Bolshoi Theater.

Days before the premiere of a ballet chronicling his life of work, love, and hate, the Theater canceled the performances, saying the ballet was not ready.

Nureyev was a brilliant dancer. But he was also a Soviet defector, openly homosexual and had been diagnosed with AIDS.

It is hard to know which of these factors played a role in the cancelation.

Nureyev was born on a train not far from Irkutsk. He learned to dance from the great St. Petersburg ballerina Anna Udaltsova who had been exiled to Ufa and out of sheer desperation had taken a position teaching choreography at the local Palace of Culture.

Nureyev’s mother was a housewife and his father a political instructor in the army. His parents felt that ballet was not masculine enough for their son and Nureyev had bitter memories of his father beating him for attending ballet classes.

Although he entered the Leningrad school of choreography after great difficulty and much delay, Nureyev became one of its most brilliant graduates, earning a position with the Kirov Ballet, now the Mariinsky.

In 1961, the year Nureyev was recognized as the world’s best dancer, the Kirov Ballet embarked on an international tour. The troupe was to stop first in Paris, then in London.

According to the Soviet rules for touring abroad, performers could only move about in groups of five or more, communicate with approved persons, and take their meals in the presence of their Soviet “handler.”

Nureyev rebelled. He and ballerina Alla Osipenko ran off to dinner at a castle owned by the sister of French actress Marina Vlady. They did everything they could to soak in Paris. The Soviet authorities accused Nureyev of behavior unbefitting a Soviet performer and removed him from the tour. The troupe went on to London without him.

Then, at the Paris-Le Bourget airport, Nureyev achieved what would later be called his “leap to freedom.” Seeking political asylum in France, Nureyev would become the first Soviet defector. In response, the Soviet authorities convicted him in absentia of betraying the Motherland. He was sentenced to seven years and stripped of his property. Nureyev’s only request to Soviet officials, that they allow his mother to visit him, was never granted.

Mikhail Gorbachev personally granted Nureyev permission to enter the country for 72 hours in 1987 to say goodbye to his dying mother. He was forbidden to speak with anyone else.

In 1989 Nureyev danced in several performances on the home stage of the Kirov Theater, and in 1992, a few months before his death, he directed “The Nutcracker” in Kazan, his mother’s hometown.

"This “traitor to the Motherland” was rehabilitated only in 1998, five years after his death."

This was in response to what the Prosecutor General’s Office referred to as “numerous appeals from the mass media.”

To the rest of the world, Nureyev remains forever Russian. He was born in Russia and it was in Russia that he first achieved greatness. He is both the pride and pain of this country, which never issued him the apology he deserved.

Nureyev was a strange, sharp-tongued, vulnerable and, at times, rude and difficult person. He was also a brilliant dancer. He shone in the Royal Danish Ballet, the Royal Ballet of England, and the Vienna Opera. He also led the ballet troupe of the Paris Grand Opera.

Even in declining health, he performed up to 300 times per year, working through holidays and weekends, granting himself nothing so that he could devote all his energy to the art for which he lived — and compared to which, nothing else really mattered.

He was also one of the world’s first open homosexuals, a beloved and loving figure. The main relationship of his life was a long and troubled affair with Erik Bruhn, the leading dancer of the Royal Danish Ballet.

He was also one of the first public victims of HIV, an illness virtually unknown at the time. He lived with the disease for almost ten years, dying in 1993 from AIDS-related complications.

"So in today’s Russia, which part of Nureyev’s biography are still considered unimportant or even taboo for a Russian audience? His birth on a train? His exiled teacher? His defection abroad? His homosexuality? Or perhaps his disease?"

When the management of the Bolshoi Theater signed a contract with another brilliant star — renowned stage and film director Kirill Serebrennikov — was it seriously imagining that he would stage a fictionalized and sanitized portrayal of Nureyev?

Four years ago Serebrennikov was offered a state grant to do a biopic about Tchaikovsky that would have “corrected” the composer’s sexual orientation. Culture Minister Vladimir Medinsky actually said so openly, declaring that the state would support a film devoted to “the genius Tchaikovsky, and not to rumors about his biography.”

When he heard that, Serebrennikov returned the money he had received from the Culture Ministry and continued with other work.

In the years since, Serebrennikov has reinvigorated the Gogol Center, turning it into an artistic powerhouse and a center of cultural Enlightenment for the rest of the country.

Those who know him say that the director almost never takes a day off, that he is constantly staging plays, shooting films, and developing new projects. They say he has one overriding obsession — art. Not politics, not squabbles connected with the theater, and not financial gain.

It would be nothing less than poetic justice and a triumph for art were Serebrennikov to tell the story of Nureyev from Russia’s premier stage, the Bolshoi Theater. However, that did not come to pass. Now the authorities are promising to run the show on the very eve of Putin’s next presidential inauguration, in May 2018.

Only three shows were ever canceled at the Bolshoi Theater: Dmitry Shostakovich’s, because he broke with the party line, Yury Grigorovich’s “Swan Lake,” because former Culture Minister Yekaterina Furtseva disliked the sad ending, and the premiere of the Mikael Tariverdiev ballet “Girl and Death” because the country’s Arts Council axed it.

The story of the Nureyev show’s cancelation  — or its postponement until a “better time” —  is all the more dramatic given the criminal case leveled against Serebrennikov’s Seventh Studio and the fact that Investigative Committee agents have already visited the Gogol Center as well as the homes of Serebrennikov and more than a dozen of the theater’s employees.

Former Seventh Studio General Producer Alexei Malobrodsky and accountant Nina Maslyayeva have been taken into custody, and its director, Yury Itin, is under house arrest.

Investigators allege not only that the employees embezzled funds allocated for the staging of “A Midsummer Night’s Dream,” but that the production never even opened. Leading Russian and foreign theater professionals have spoken out in support of Serebrennikov and the Seventh Studio, including Bolshoi Theater Director Vladimir Urin, a man known in theatrical circles for his strong-willed, forceful, and unbending character.

Even while under investigation, Serebrennikov has managed to produce the opera “Chaadsky” in the Helikon-Opera House, began filming a movie about Viktor Tsoi, and was preparing for the premiere of Nureyev.

He is also perhaps the first prominent cultural figure in modern Russian history that the authorities have targeted for systematic harassment.

The state never apologized to Nureyev for his persecution. Perhaps Serebrennikov will be more lucky.

Ekaterina Gordeyeva is a Russian journalist.

“[The story of Nureyev] was the wrong topic, by the wrong guy at the wrong time."
opinion

This incident is a continuation of a late May attempt to attack Gogol Center’s prominent artistic director Kirill Serbrennikov. Watch this case. Its...
opinion Hans Petter Midttun

NATO's new strategic concept codifies the alliance's statements and actions with regard to Ukraine.