When Russia dropped out from this year’s Eurovision contest, due to be held in Ukraine in May, it ended a long-running political saga between the two warring nations.

The story began with Russia’s selection of a disabled performer, Julia Samoylova, which Ukraine dismissed as a political gimmick. Then, Ukraine announced it would not even allow Samoylova to enter the country, arguing that she had broken migration rules by performing in annexed Crimea. Struggling to contain the conflict, European authorities suggested a compromise of a video link with Moscow, but Russian broadcasters dismissed this out of hand.

In reality, however, this was only true in relation to Eurovision. Elsewhere, and despite the tensions between the two countries, an unexpected cross-cultural phenomenon was in play. Over the last year, new Ukrainian bands were winning over scores of Russian followers, breaking Russian charts and dominating social networks.

So influential is this latest wave of Ukrainian musical imports, it has even been coined as a new movement — by the name UkrPop.

The most talked about of the 2017 UkrPop crop is a band called Griby, which translated as “mushrooms.” Griby is the brainchild of Yury Bardash, one of Ukraine’s most successful producers and the founder of the label Kruzheva. But the rest of the band’s members are anonymous, often performing in masks, or from under hats.

Their style is equally difficult to pin down. In the words of Russian music critic Alexander Gorbachev, Griby “incorporate elements of Russian hip-hop and turns them into well-made house music.”

Until recently, Griby were a little known group.

“Today Griby has turned into an emotional phenomenon,” says Ukrainian music critic Andrei Nedashkovskiy, who likens the Russian-language band to the British 1998 group Gorillaz. Initially, Ukrainian fans were unhappy that Griby spent most of their time touring Russia, where their label Kruzheva organizes most of its concerts.

But Griby is just as popular at home in Ukraine. Nedashkovskiy says that “almost half of Odessa” turned up at their recent concert in the Ukrainian port town.

Yet it was their song Tayet Lyod (“The Ice is Melting”) that captivated the whole of Russia. Within days of release, Griby’s video gained millions of views on YouTube. By the end of the month, the number of views reached 50 million.

Tayet Lyod has become a cultural phenomenon. Following the release, Russian social media has exploded with dozens of parodies of the song. The reworkings include Tajik street cleaners in Moscow, school children protesting corruption and, the most popular version produced by a late-night talk show, a professional weather forecaster singing about ice melting in the Urals.

Griby’s image as 1990s ‘gopniks’ [hoodlum] has only added to their success. The 90s, after all, are back in fashion in Russia — actively promoted by the country’s best known designer Gosha Rubchinsky, whose recent collaborations include Adidas and Vans.

Griby is only one of dozens of Ukrainian bands that have recently made it in Russia. Other successes include Vremya i Steklo, produced by another Ukrainian heavyweight, Mozgi; Luna, a stylish Kiev band led by wife of Griby’s producer Kristina Bardash; and Quest Pistols Show, which combines a dance show with a pop band.

“They have a distinctly new, progressive sound, which looks to Western analogues, such as Disclosure or Kendrick Lamar,” says Gorbachev.

Griby is not alone among UkrPop groups in referring to the 1990s. Vremya i Steklo’s videos are reminiscent of Britney Spears’ first hits, while Luna’s have a distinct home-made look. For the most part, these new UkrPop acts try to avoid politics. But that does not mean that performers have always been able to steer clear of controversy.

Singer-songwriter Ivan Dorn, whose music ranges from house to hip-hop and from mainstream pop to jazz, was perhaps the most prominent performer to be caught out by hostilities.

Dorn’s mistake was to give an interview to a Russian journalist and to describe the war in Eastern Ukraine as a “quarrel” between “brothers.”

His mild characterisation of the 3 year old conflict brought about harsh criticism at home. Soon after publication, Ukraine’s Culture Minister Yevhen Nishchuk called Dorn’s comments “unacceptable.” A smear campaign against Dorn followed: Ukrainian media, which had previously praised Dorn as one of Kiev’s most talented artists, turned against him.

The singer is known to speak his mind and, unlike many of his colleagues in the industry, does not speak through his PR agent. “Many of his competitors were waiting for someone to bring him down,” says Nedashkovskiy, adding that it’s unreasonable for the artist to be forced to have a political position but Ukrainian society expects him to have one.

Since then, Dorn has been reluctant to give interviews to the media, including to The Moscow Times. There are rumors in Ukraine’s and Russia’s music community that Dorn is so shaken by the incident that he refuses to leave his apartment in Kiev. The fallout has made other UkrPop artists wary, and firmer in their apolitical stance.

“[What happened to Dorn] is extremely unpleasant. Thank God it has not happened to me,” says Luna’s Kristina Bardash. Gorbachev says liberal Russian opinion makers were disappointed in the way Kiev’s political class was so quick to take a hit at Dorn. “The Ukrainian government has a chance to be more European and humane than Russia, but so often they behave in exactly the same way,” he says.

In Russia, artists who supported Kiev in its conflict with Moscow experienced problems at home. The concerts of Diana Arbenina, lead singer of rock group Nochnye Snaipery, and musician Andrei Makarevich were cancelled across Russia, reportedly ordered by the Kremlin.

Naturally, the conflict with Russia has created difficulties for any Ukrainian singer choosing to perform across the border as well. Some decide to take a conscious decision not to perform in Russia. Okean Elzy, Ukraine’s most successful band, for example, has boycotted Russia since 2014. The band’s lead singer, Svyatoslav Vakarchuk, is a particularly engaged voice in Kiev — so popular at home that he is sometimes even mentioned as a future president.

Boombox, a band formed in 2004 by Cherkassy-born singer Andriy Khlyvnyuk, also stopped performing in Russia after the Crimea annexation. But the group’s fame is nowhere close to Okean Elzy’s and Boombox lost a huge amount of money following its decision to shun the Russian market. “Other artists were put off by that,” says Nedashkovskiy.

For most UkrPop artists, however, the Ukrainian market is not enough. The big buck is to be made in Moscow, and many Ukrainian pop stars are ready to tolerate criticism back home in order to access it.

“There is a huge demand for this type of music in Russia,” says Odessa-born Russian music critic Boris Barabanov. And judging by the Russian charts, which are now dominated by Ukrainian artists, he seems to have a point.

Many Russian commentators have begun wondering what the Kiev pop scene has that Moscow’s doesn’t.

Music critic Barabanov points to the shortcomings of the Russian producer industry, which, he says, is far less flexible than its Ukrainian counterpart. “Russia, unlike Ukraine, has a tradition of powerful producer clans in show business,” he says. Even in the internet age, if Russian pop stars want to make it to nationwide fame they have to go through traditional television and radio channels. Barabanov says Russian artists are used to working like this and often do what the producers want.

“I am not talking about state censorship but rather a strict producer format which often dampens creativity in Russia,” he says. Ukraine also has those structures, “but on a lesser scale.”

For others, it’s a matter of history and national character. “When I watched TV with my parents a kid [in Soviet times], Ukrainian artists would always stand out,” says Luna’s Kristina Bardash. For her, the Ukrainian capital provides a warmer home for artists: “Kiev is not as big as Moscow, where you can lose the calm you need for creativity.”

Over the past three years of conflict, culture has proven to be a remarkably resilient area of relations between Russian and Ukraine. Despite the two countries moving further apart, creative collaboration has continued.

And this Spring in Moscow, Russians will be busy dancing to Ukrainian tunes. You’ll hear them on the bus; find Griby t-shirts in gift shops and see parodies of their videos on social media. One Russian Griby fan said: “I don’t care where they’re from, they have their own style that makes them different to the pop we are used to.” 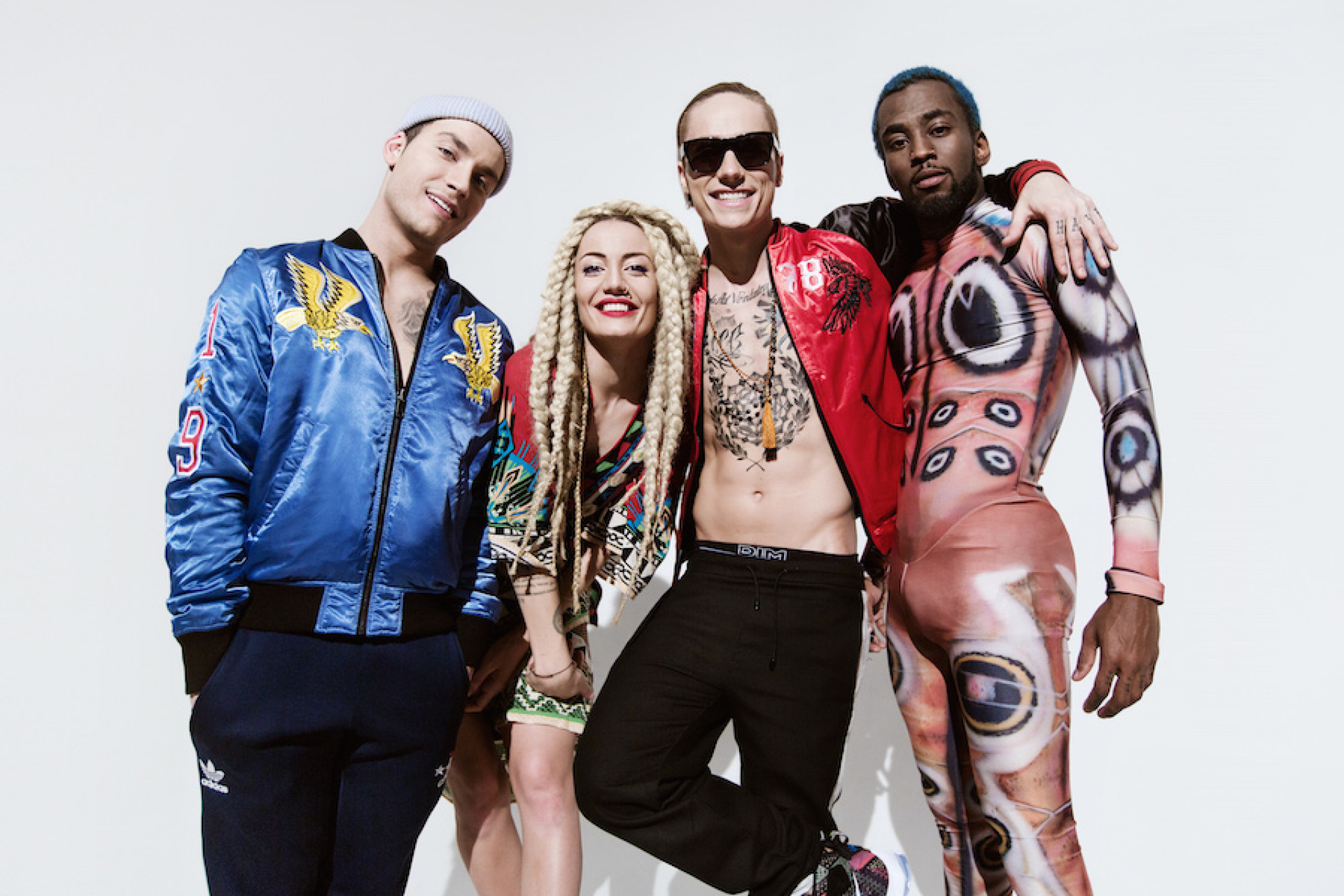 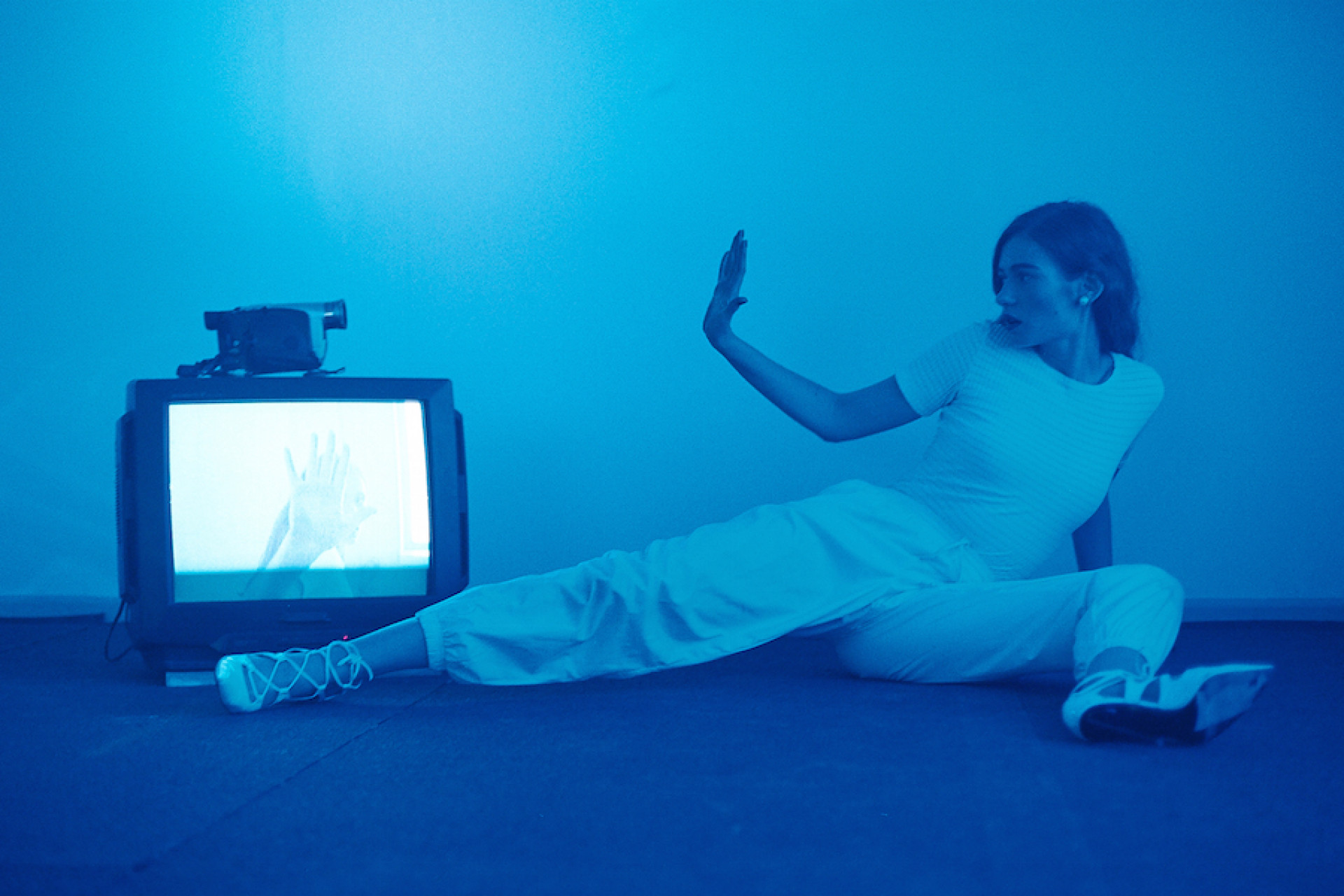 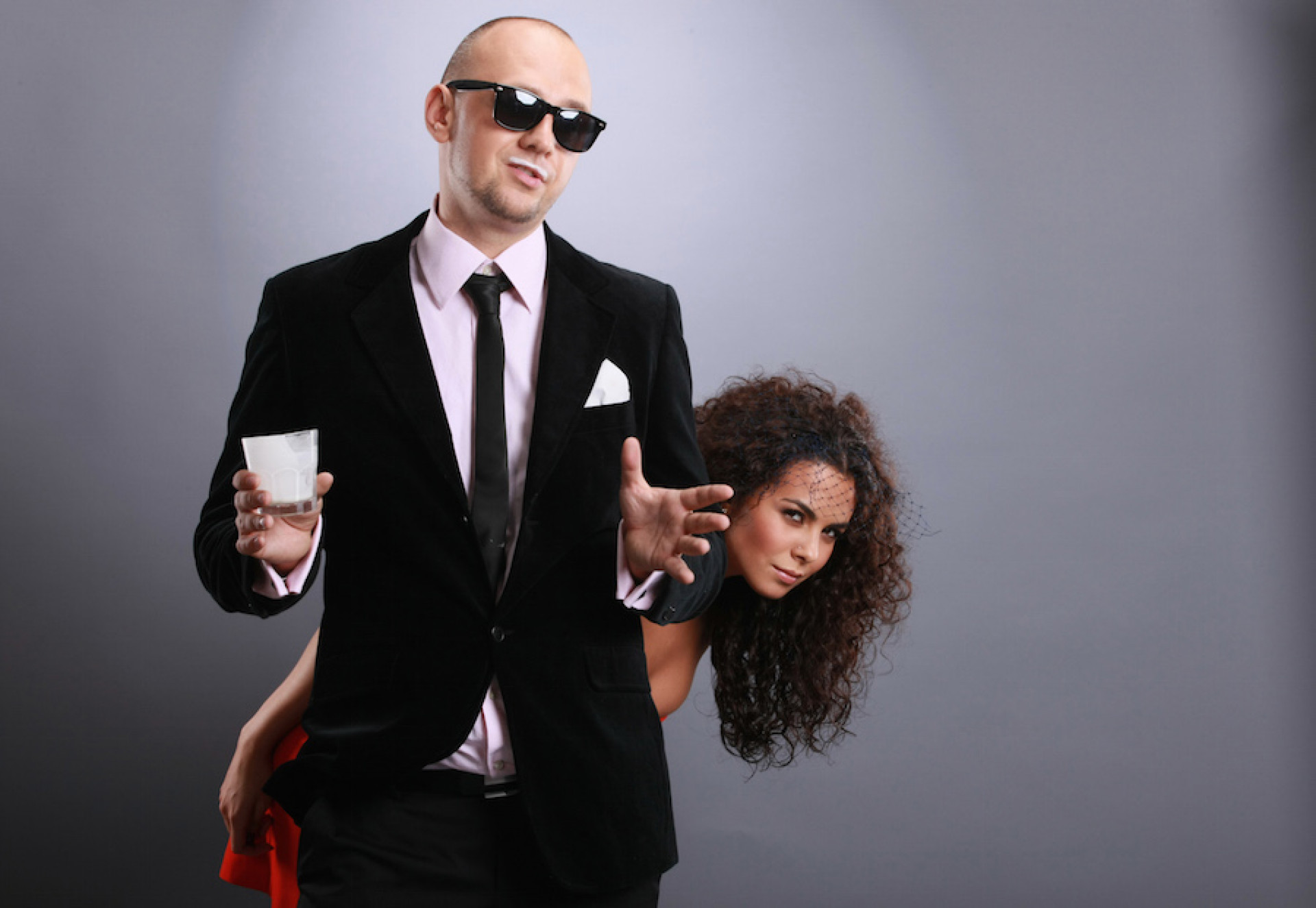 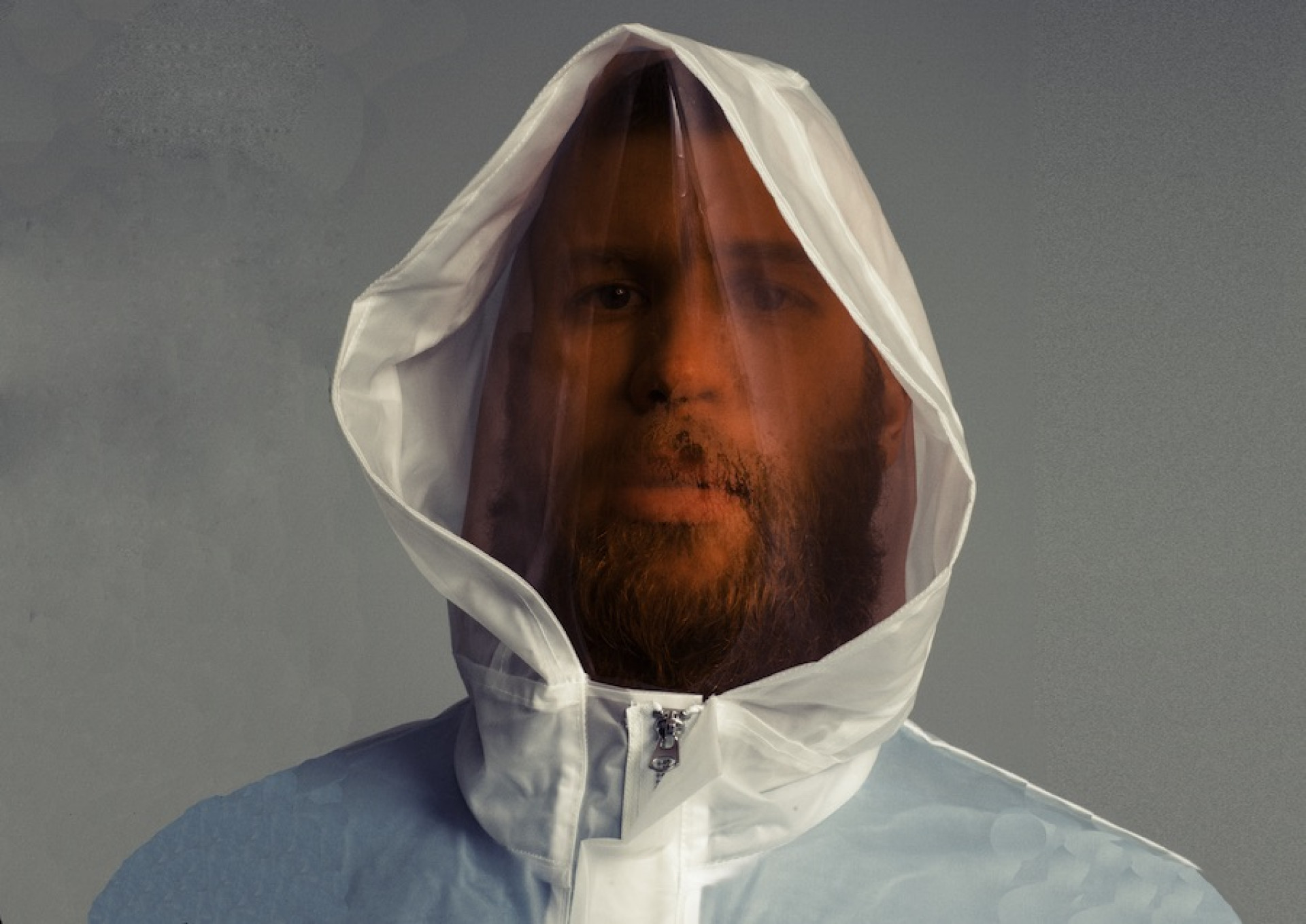 Ivan Dorn, one of Ukraine’s most successful musicians, was criticized at home for commenting on the conflict in eastern Ukraine. Many pop stars avoid the conflict but they do not always succeed. Courtesy of Ivan Dorn 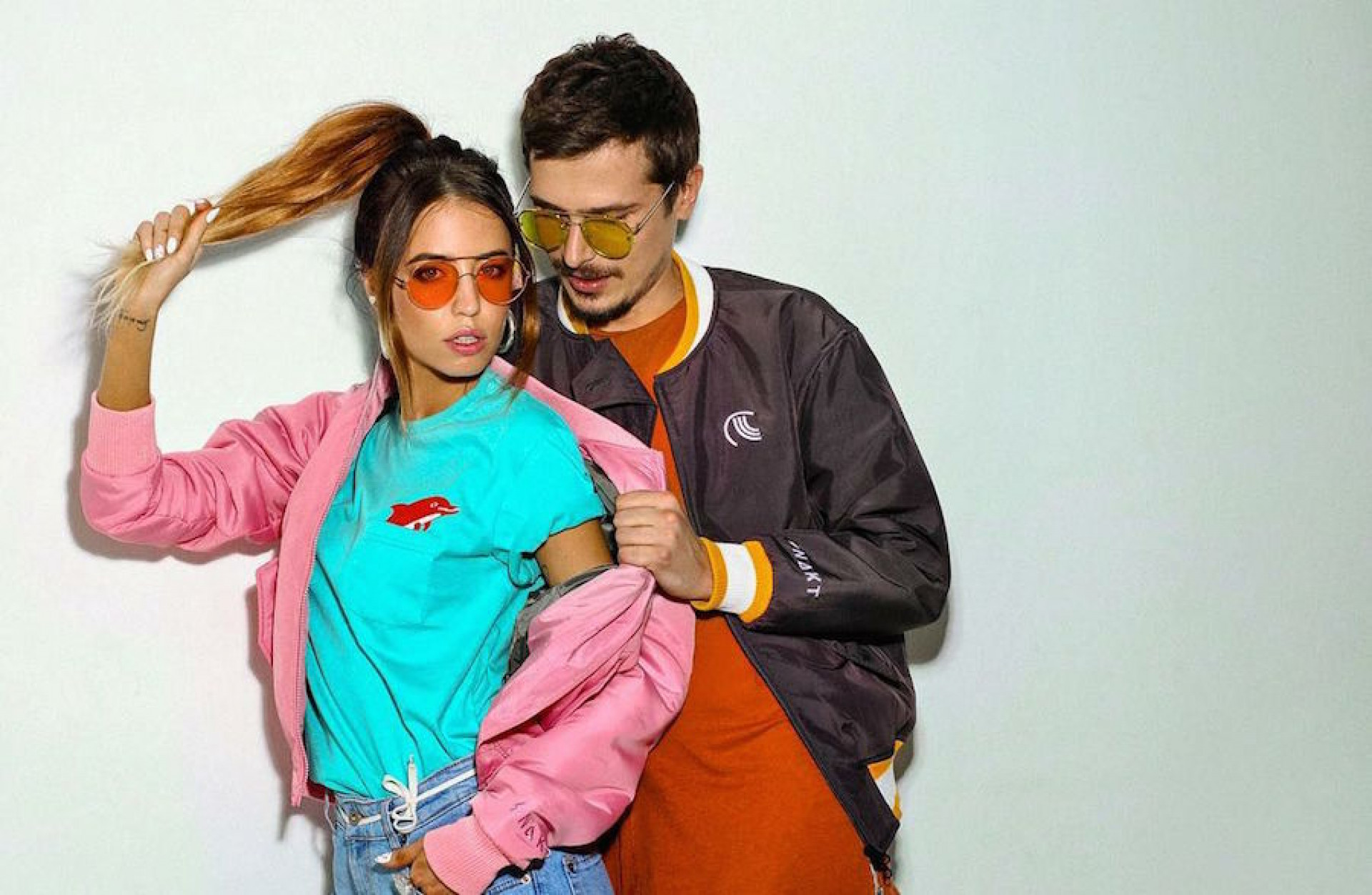 Hundreds of Russians who have fled the country since the start of the invasion attended the charity concert supporting Ukrainian refugees.
orchestra takes a stance

The dismissal is the latest blow for the 68-year-old classical music titan.
bowing out

Alina Pash has received intense criticism and threats for performing in Crimea after Russia annexed the peninsula from Ukraine.
'threat to national security'