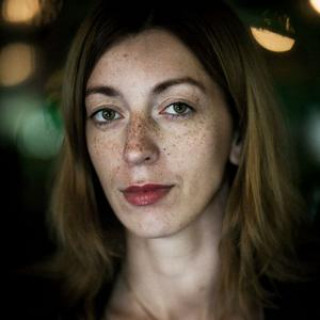 Back in 2005, shortly after the Orange Revolution in Ukraine, an American political consultant came to Kiev. The country was recovering from a long political confrontation and gradually preparing for parliamentary elections, which were to be held the following year. The losing side – Viktor Yanukovych and the Party of the Regions – was thinking about how to take power.

The new consultant, Paul Manafort, was just what Yanukovych and his party needed. His approach aimed to divide the country into East and West, taking advantage of regional and ethnic differences, and ideological differences with supporters of the Orange movement.

The story of how Manafort made Yanukovych president — and put his party of bandits in power — was later heard around the world when scandal erupted over Manafort's role in Donald Trump's election campaign.

Trump’s campaign was based on much the same principles of divide and conquer that Manafort had trialed in Ukraine.

Manafort’s strategy was also very useful to the Russians. By manipulating the language issue and the mythical "specialness" of eastern Ukraine, the Kremlin kindled conflict while it seized economic, information and political influence.

By the time Yanukovych became president, he had control over two parallel Ukraines: one that shared European values and demanded its rights, and another that leaned towards paternalism and wanted to live in the Soviet Union.

Late 2013 was the decisive moment in the struggle between the two.

By manipulating the language issue and the mythical "specialness" of eastern Ukraine, the Kremlin kindled conflict while it seized economic, information and political influence.

Manafort persuaded Yanukovych to sign an association agreement with the European Union and release Yulia Tymoshenko from prison. But it became clear in November that Russia had finally gained decisive influence over Ukrainian politics.

On Nov. 21 in Vilnius, Yanukovych refused to sign the association agreement and in Moscow on December 17 the Russian and Ukrainian presidents signed an agreement to reduce the price of Russian gas and provide Ukraine a $15-billion credit. A second Maidan broke out that was supposed to put an end to Russian influence in Ukraine.

Exactly three years ago, Maidan was in the throes of terrible events. Thick black smoke from burning tires plumed over upturned cobblestones. Institutska Street was strewn with the bodies of protesters killed by snipers. Yanukovych grabbed his things from the presidential residence at Mezhyhirya and fled the country.

Crimea was vulnerable. Its stability had been undermined by Russian political strategists, with invaluable assistance from the American Manafort, and soon Russia sent in the troops. They proceeded to take key cities in Donbass, where war is still raging.

But members of the Ukrainian parliament are blocking coal shipments from areas outside Ukrainian control. They are demanding a law that would prohibit trade with the occupied region. In the center of Kiev, there are protests and marches by right-wing radicals with unintelligible demands.

Most importantly, the previously marginal MP Andrei Artemenko of the marginal Radical Party of Oleg Lyashko has presented a "peace plan for Ukraine and Russia” to the new Trump administration.

The Artemenko plan, whose synthesis has been linked to Russian intermediaries, presupposes the leasing of Crimea to Russia for 50-100 years.

Three years on, it is obvious that the second Maidan revolution is not over, but at its most critical stage. The people who brought war to the country have not been punished; some of them are even in the parliament.

Participants in the revolution —Artemenko was a leader in the Right Sector until the spring of 2014 — are openly betraying the interests of their country in favor of another that has cynically exploited the weakness and incompetence of the new Ukrainian government.

Two parallel realities continue to exist in Ukraine. Their usefulness to those seeking to manipulate and stoke conflict unfortunately mean they will remain in play for a long time to come.

The official account of the half-hour July call with Zelenskiy laid bare an astonishing exchange of requests, pledges and ingratiation.
Afghanistan

Restoring Moscow's global influence will be a dominant theme of the 2018 election, experts say.
Trump

President Donald Trump’s lawyer has denied acting as a go-between in a back-channel scheme to broker a secret Ukrainian peace deal.