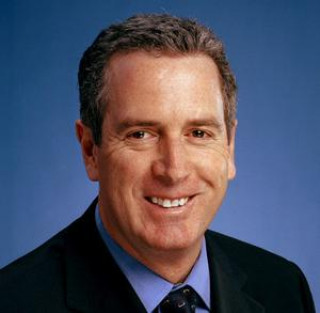 When Vladimir Putin told the audience at the 13th meeting of the Valdai Discussion Club on Oct. 27 in Sochi that “the United States is not a banana republic,” he was implying that the U.S. is certainly behaving like one with its “hysteria over Russian interference in the current presidential campaign… Russian spies, Russian hackers. etc.” He elaborated that there are many phenomena, such as Brexit, that speak to a growing dissatisfaction and fear around the world about “unelected and uncontrolled bureaucrats and political elites” who do not effectively represent the interests of citizens and voters, and Putin expects that there will be more surprises for elites coming from their constituencies.

Putin made no predictions about whether the political elites were in for a major surprise on Nov. 8, but I would argue that the strong performance of Bernie Sanders in the primaries and Donald Trump's victory for the Republican nomination already qualify to some extent as statements of dissatisfaction for millions of U.S. citizens with the “status quo.” Putin expressed frustration about how Russia is being portrayed and “manipulated for domestic political gain” in the U.S. election, and this, along with tawdry scandals, is diverting attention from serious debate among the candidates about the real issues and challenges that Americans face. Hard to argue with that, unfortunately.

Putin did not categorically deny that Russian intelligence services were responsible for the hacks on the DNC, rather, he stated that Russia does not have the kind of global media impact to seriously affect U.S. elections. When a question was put forward to him about whether cyber attacks should be banned from foreign elections, he quickly replied that cyber and any other means of foreign interference in elections should not be used.

Assuming that the consensus in the U.S. intelligence community is correct in its assessment that Russian intelligence organs have been responsible for some of the “leaks," how can we understand this development? My hunch is that this is a kind of signaling from the Kremlin to show off some capabilities to disrupt, but not necessarily alter, the outcome of the U.S. election. Vladimir Putin himself will be facing a re-election campaign in 2018, and I think he really does believe that the United States, and particularly a Hillary Clinton administration, would seek to interfere in the Russian elections to prevent Putin from being re-elected. Given the closed nature of the Russian political system, it seems hard to imagine how Washington could do so even if it wanted to, but I think this is Putin’s frame of reference.

The broader message Putin seemed to be signaling to the Valdai audience is that while deeply frustrated by U.S. policies which seemingly defy Russian interests, such as NATO enlargement, return to the ABM Treaty, or simply poorly judged engagements in Iraq, Libya, and Syria in his view (“you Americans never seem to learn from your mistakes!” Putin exclaimed at one point), Moscow will want to work with and engage with the incoming administration.

When pressed about the three conditions he placed for a return to talks about the plutonium disposition agreement (roll back NATO expansion, repeal the Magnitsky Act, and removal of sanctions) that would appear to make engagement by the next administration a non-starter, Putin said “yes, this was a Presidential Decree, but that is just paper. It is only paper. The measures that you Americans have taken have real and negative consequences.” He must have repeated the line “it is just paper” 3 or 4 times with great animation. And he repeated his usual mantra, “I am ready to work with any U.S. leadership if they are ready to work with Russia.”

Regarding the Minsk agreement and the Normandy format, Putin said it is not an ideal situation, “but for now this is all we have.”He also seemed open to another format that would include the Americans and perhaps renegotiating a new framework agreement, although we should not abandon Minsk II without something else to replace it with.

Finally, Putin said something I had not heard before regarding the 1987 INF agreement that the U.S. government has alleged Russia is now violating. Putin referred to the Soviet decision nearly 30 years ago as rather “naive” at the time, but more to the point, currently Russia finds itself surrounded by a number of neighbors with intermediate range missile capabilities that they continue to develop while the United States faces no such threat on the North American continent. If Moscow is reaching the conclusion that the INF agreement no longer meets Russian security interests, then perhaps they should simply withdraw as Washington did from the ABM Treaty nearly 15 years ago. While many would argue this would represent a further blow against arms control, perhaps it could clear the plate to open new discussions about conventional and nuclear negotiations in Europe and more broadly.

This was not the really angry Putin of 2014. Or the somewhat more forthcoming Putin of Valdai 2015, with the hope for cooperation with the United States in Syria and the global battle against terrorism. There was a lot of resignation on the part of Putin as well as Foreign Minister Lavrov about U.S.-Russian relations, but the message was that Moscow is open for business with Washington if the new administration is interested. Whether there will be much interest and whether the terms of engagement will be acceptable remains to be seen.

Andrew C. Kuchins is a Senior Fellow at the Center for Eurasian, Russian and East European Studies (CERES) at Georgetown University.

At the 10th-anniversary meeting of the Valdai Discussion Club on Thursday, President Vladimir Putin lapped up praise for his recent New York Times...
news

Experts Argue Over Preferential Treatment of Moscow at Valdai Forum

VALDAI — Russian officials, opposition leaders and pundits wrestled with the disjuncture between Moscow and Russia's far-flung provinces at an international...
news

President Vladimir Putin is set to meet with prominent opposition politicians at the 10th annual Valdai International Discussion Club, where Russian and...
appeal to the people

Putin Urges Russians to Back 'Stability, Security, Prosperity' in Vote

He made no mention of a controversial amendment that could allow him to stay in power until 2036.