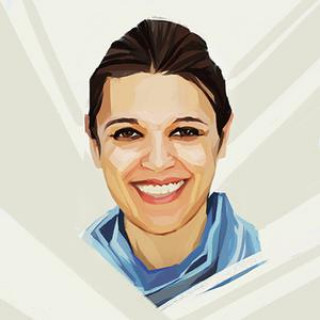 Not so long ago, when Aleppo was only the subject of ground attacks, things were simpler. Mortars were thrown. People died, but they died suddenly.

Not so today. In today’s Aleppo, the only frontline is the sky. You have time to think, you have time to watch. After the first airstrike, there is always a second. A bomb with your name on it, waiting for you to rush out and try to dig your begging friends and family out of the rubble.

When Russia began its Syrian campaign last September, forces against Syrian President Bashar Assad had the upper hand in Aleppo. One year on, and the latest assaults on the city leave little doubt as to the Russian-led strategy or the outcome.

Tacitus said it all: They make a wasteland, and call it peace.

As far as the mainstream view is concerned, the block to peace in Syria is disagreement between Russia and the United States. My work has always told me the opposite is true: It’s their agreement. Both sides are essentially agreed that anything is better than Sharia law. Even barrel bombs. Even gas attacks. Incendiary weapons. Starvation. Assad is the lesser evil.

Given the complexity of the situation, perhaps the best hope for peace in the region are the UN-De Mistura proposals. They don’t focus on a nationwide agreement, but instead look for local truces. It is a sensible, gradual strategy, perhaps the only workable one in a war where there are countless armed groups, gangs, spoilers.

The rebel side, as is well known, is fragmented. But fragmentation on the other side is no less deep. What we stubbornly refer to as “Assad’s army” is, in reality, an unlikely array of Russian jets, Hezbollah fighters, Iranian fighters, mercenaries and Afghan refugees, forced into combat.

We know by now that no one — neither Assad nor the rebels — can win. No one has the power, and most of all, the popular support, to rule the country. There is only one way out of this quagmire, and that is to convince Syrians to return and take their country back into their hands.

Neither Russia nor the United States seem interested in that. While Russia’s priority is to be back on the world stage, the priority for the United States, and for Europeans as well, it is to keep Islamists away from power. While Islamists are almost universally portrayed as butchers, the reality is often quite different. For many of us, they probably provide the wrong solutions. But the problems they are trying to face — a struggle for justice, freedom, for dignity — are real.

Five years and 500,000 dead on, the lack of anti-air weapons means the fall of Aleppo is now only a matter of time. The jihadists also seem to be retreating from Aleppo. But they are not yet defeated. No jihadist says: It’s over.

With one exception, the first battle, the battle for Kobane, IS has never truly been defeated. Tikrit. Ramadi. Palmyra. Fallujah. Manbij. In all these places, the jihadists have withdrawn. Ask yourself, where are they all now?

One battle is won, yes. But they haven’t lost, yet.

Islamic State (IS) is a terrorist organization banned in Russia.

Francesca Borri is an Italian journalist and writer who has reported extensively from rebel-held Aleppo.

Syria's government Friday proposed a cease-fire in the embattled city of Aleppo and a prisoner exchange with the opposition, a move that appeared...
news

The flagship of Russia's Northern Fleet, the Admiral Kuznetsov aircraft carrier, is bound for the eastern Mediterranean.
Syria

Will New U.S.-Russia Deal on Syria Prove a Game Changer?

The new U.S.-Russia deal on the Syrian ceasefire could be a game changer in international efforts to end the bloody war in Syria. Or the deal, the product...
Syria

Russia and the United States have failed to strike a deal over a cease-fire in Syria, the Reuters news agency reported Monday. Russian Foreign Minister...