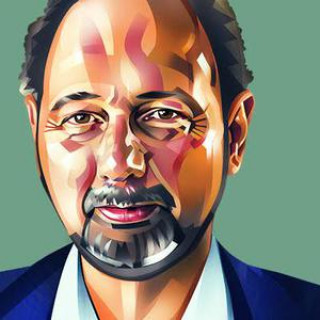 The State Duma elections of Sept. 18, 2016 reflect a number of tendencies in contemporary Russian politics. Although critics dismiss them as little more than an exercise in managed representation, in fact they indicate attempts to modify the relationship between the state and society, although still on the regime’s terms.

The mismanagement of the 2011-12 electoral cycle provoked the largest political protests in Vladimir Putin’s 16 years at the helm of the Russian state. The clumsy “rokirovka” (swap) between Dmitry Medvedev and Putin announced on Sept. 24, 2011, followed by heavy-handed electoral interventions at a time when political society was demanding free and fair elections, brought tens of thousands onto the streets, notably in the mass demonstrations in Bolotnaya Square and Sakharov Avenue.

In his final state-of-the-nation speech on Dec. 22, 2011, then-President Dmitry Medvedev outlined a program of political reform, including the restoration of gubernatorial elections, and changes to the party and electoral systems. These reforms were implemented by the head of the domestic politics section of the presidential administration, Vyacheslav Volodin, in 2012, with various modifications since then.

The Kremlin was committed to ensuring that there would be no new Bolotnaya movement. This is what prompted what can be called a “regime reset,” intended to achieve a gradual political decompression, starting from below and working its way upwards. It was this regime reset that allowed some independents and opposition figures to become mayors of towns and to enter regional legislative assemblies. It was in this spirit that the mayoral elections were fought in Moscow in September 2013, with Sergei Sobyanin ensuring that Alexei Navalny could run, with Navalny winning an impressive 28 percent of the vote.

The regime reset was in danger of being derailed by the nationalist mobilization provoked by the Ukraine crisis, yet the conduct of the Duma elections now demonstrates that it remains alive. The restoration of the mixed proportional and single-mandate constituency system will allow at least some deputies to enter parliament who are not from the existing four parliamentary parties. Rules on party formation are extremely lax, and 14 of the currently-registered 74 parties are competing. The so-called non-system opposition is fighting these elections, thus effectively making the term “non-system” redundant, although their failure to unite weakens their chances. The Central Election Commission has a new head, Ella Pamfilova, who is committed to ensuring that electoral fraud is kept to a minimum. Although the rules on election monitoring have been tightened, potentially up to four million people are eligible to take part.

The list of changes could be continued. But the key question is whether the regime reset represents no more than an increasingly sophisticated way of managing elections, by removing some of the more blatant interventions, or whether in theoretical terms it means that the present system has the capacity for internal renewal. In other words, is the dual state still a viable model (if it ever was) to capture the dynamics of a system in which the institutions of the constitutional state — the rule of law, competitive elections, accountability and defensible property rights — are undermined by the arbitrariness of the administrative regime.

In the context of the tension between genuine constitutionalism and bureaucratic arbitrariness, do these elections demonstrate the restoration of an element of genuinely competitive politics? The answer, as always in Russia, is not black or white. The regime reset represents a genuine opportunity, — at both the national level, in the 38 elections for regional elections and in the many municipal contests — for new parties and individuals to enter legislative assemblies. The elite is currently undergoing renewal, and the elections are only part, although a significant one, of the larger process of the regime resetting the boundaries.

However, as long as it is the administrative system that ultimately controls the boundaries, and who is in or out, then the reset does not become a self-sustaining process based on the independent rules of the constitutional state. Only when the rules become separate from bureaucratic interventions will we be able to say that elections are genuinely free and fair, and that the constitutional state can defend itself against the administrative system. However, for that to happen, the constitutional state would have to be strong enough to withstand nationalist, neo-traditionalist and populist pressures. At that point, the administrative regime would become redundant. These elections demonstrate that the regime has the capacity for change, but the larger change is required in society itself.