Fyodor Tardatyan and Maxim Livsi began in the restaurant industry with two kiosks in Gorky Park called "Ferma" (Farm) and "Williamsburg" promoting Brooklyn-style street food. Over the years, Ferma's trademark "black" burger (buns baked with cuttlefish ink) and delicious corn on the cob became a staple at every music and food festival in the capital.

But this year, Tardatyan and Livsi have finally established themselves in the big leagues — Brisket BBQ is a joint venture with Arkady Novikov, Moscow's best known restaurateur. It's a Texan style barbecue, inspired by Tardatyan's visits to the Lone Star State. The meat is prepared in a traditional smoker at low temperatures and it takes several hours for the meat to cook, a factor that has a positive bearing on flavor.

The restaurant itself is quite spacious, with room for 150 people across its three halls — one of which is right next to the smoker. The staff wear the clothing for which Tardatyan is famous — a plaid shirt and a baseball cap. Once you've come in from the bustling streets of Moscow and settled in a booth, you could easily imagine you're dining at a restaurant in Brooklyn, New York. 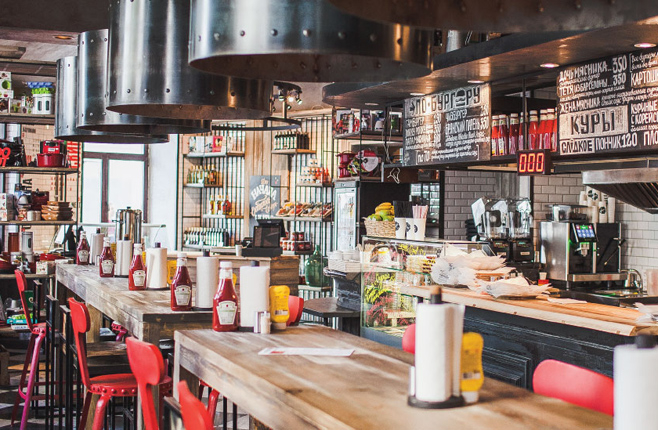 The main dish is the eponymous brisket, which you might remember as the favorite meal of Howard Wolowitz's mother in the popular television show "The Big Bang Theory." Brisket is a cut of beef or veal from the breast or lower chest. Meat lovers can order an entire plate of brisket (550 rubles) or a smaller portion with mashed potatoes and gravy (440 rubles). There's also a succulent "brisket burger" (430 rubles).

If you fancy a break from the smoker, try the Texan sausages made from chicken and cheese or beef and pork (all for 390 rubles). Alternatively, go wild with the BBQ trio — half a portion of brisket, one sausage and a tempting mound of pulled pork (620 rubles). There's also a mouthwatering smoked "quarter of a duck" (400 rubles) if you're feeling exotic.

In true Texan fashion you're encouraged to pair your meal with a whiskey from the bar's wide selection, while adventurous types can channel the prohibition years with a glass of "moonshine" (250 rubles). Finish your meal with the "smoked" banana pudding (350 rubles).