Contribute Today
By Andrei Muchnik
May 20, 2016

It's unclear whether the name of this new restaurant at VDNKh has anything to do with Valery Todorovsky's "Ottepel" (The Thaw), which some consider the best Russian-language television serial to date. But both certainly draw inspiration from the period when Nikita Khrushchev was in power in the late 1950s and early 1960s. It was a time when censorship and repression relaxed — and there's definitely something of the "Khrushchev thaw" to the restaurant's interior.

Ottepel is located in the former silk industry pavilion, built in the 1950s, next to the architecturally domineering Zelyony Teatr (Green Theater). Originally a venue to exhibit the work of the advanced soviet silk industry, the building had fallen into complete disrepair by the 1990s. Newly refurbished, Ottepel looks like a romanticized and reimagined version of the U.S.S.R.

A plaque bearing an image of Chaika, the Communist Party nomenklatura's favorite car, takes pride of place on the building's facade, while a second Chaika image, made from lamps, hangs over the bar at the entrance. Although parts of the interior were built from scratch, even the immaculately reconstructed columns bear the acronym VPV, which stands for Vsesoyuznaya Promyshlennaya Vystavka (All-Soviet Industrial Exhibition). 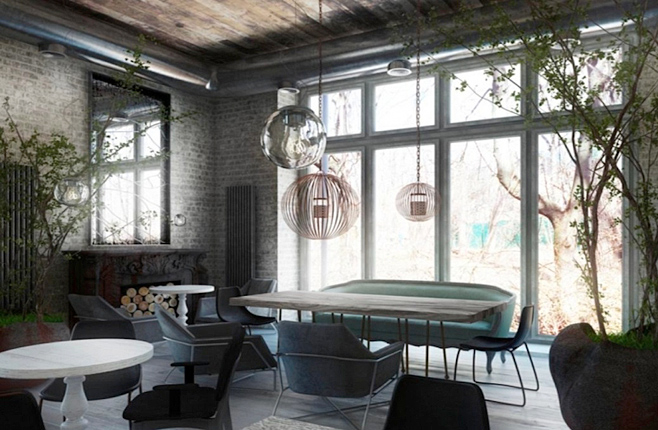 The Soviet favorite "sosiska v teste" (a type of hotdog) is served with bacon, pickles and crispy onions. Open sandwiches have toppings like "forshmak" (Jewish herring salad)   or smoked salmon with cottage cheese. Another trending item is the "koryushka" served with potatoes (380 rubles). The smelt fish originates from the Baltic sea and is immensely popular in St. Petersburg. If you seek a filling meal, try chicken in Georgian "satsivi" sauce with fried polenta and cheese (610 rubles).

It's an innovative throwback to the Soviet era, and perfectly at home in the ramblingly grandiose exhibition park of VDNKh.