Contribute Today
By Alexey Gorlatov
April 27, 2016
The Legal Highlights section does not involve the reporting or the editorial staff of The Moscow Times. 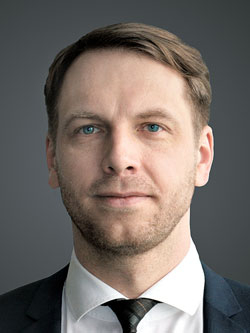 The crisis and sanctions are naturally impacting the market of power equipment supply: Foreign suppliers face reduced demand for their output and services from Russian power-sector companies, because of inter alia the substantial exchange rate drop and relative instability. The restrictions resulting from or in connection with the sanctions also have an effect on supply activity.

A positive factor in this context is the Russian state program "Energy efficiency and development of the power industry" (Resolution of the Government of the Russian Federation No. 321 of April 15, 2014 "On approving the state program of the Russian Federation "Energy efficiency and development of the power industry"), which includes a sub-program entitled "Development and modernization of the electric power sector." Federal budget allocations for this sub-program exceed 14 billion rubles. At the same time, it is obvious that many energy infrastructure facilities are obsolete and require modernization.

The recently observed excess of generated power in Russia has a negative effect on the sector's development (Some market players estimate the capacity excess at 20 GWt), and this slows down, to some extent, both construction and the start-up of new facilities and modernization of the existing equipment.

As a result, many customers have effectively taken a wait-and-see position, demanding certain supply conditions and preferences, whereas suppliers are losing out due to the fall in demand and impossibility of implementing projects on the same scale as before.

We believe there exist a number of legal solutions that might allow both equipment suppliers and customers to find mutually acceptable ways for supplying equipment into Russia.

Exchange rate risks may be identified as the first group of problems. Although such risks affect both sides, they obviously concern Russian equipment buyers to a greater extent, as their budgets are based on ruble revenues, and unstable exchange rates undermine management's confidence in budget compliance.

Worth mentioning is that standard bank hedging instruments are still available on the market, but their price has risen so much as to wipe out any interest in projects, depending on their duration. Given that many projects in this sphere are quite long-term ones, this may be somewhat unprofitable for the customer.

A kind of radical solution to this problem would be full payment in advance of the project price at the time of contract execution, though this might not be completely to the customer's benefit. The latter would then be financing a long-term project up front and, even with a security from the supplier, this would still mean diversion of substantial sums.

Even so, one possibility might be to divide up a project into sections or separate stages. This might also be a quite convenient method for mitigating the exchange risk: If the exchange rate changes dramatically and rapidly, the parties could complete the current part of the project and then negotiate the project's future, or could agree initially on what to do in such circumstances.

Such an option obviously depends on the scale of the project and the possibility of implementing it in separate stages, but does appear to offer an alternative to direct currency hedging.

For this purpose, the parties would have to prepare a quite detailed contractual basis for dividing up the project in this way. This could include one framework agreement for the entire project and separate ones for each supply, or an overall agreement with conditions regulating the individual parts of the supply. Such contractual structures would need to be worked out in detail to protect the interests of both parties.

In 2014, as we know, the European Union imposed sanctions on different sectors, including supplies of dual-use materials and technology (For example, Counsil Regulation (EU) No 833/2014).

The list of these is quite extensive, but the supply restrictions do not affect absolutely all buyers: with some exceptions, equipment or services may be provided to many customers. Even so, if customers in Russia are affected by the EU restrictions — are on the sanctions list or, for instance, their ultimate beneficiary is a so-called "military user" — supplies of dual-use technology and products to them are prohibited.

The general rule is that, if goods and services come under the sanctions, the supplier may always apply to the relevant bodies in its own state for permission to supply them — if the conditions set in relevant regulatory acts are fulfilled.

Often, however, both suppliers and customers in Russia wonder what will happen if new sanctions are introduced during the term of a contract. There is no universal solution to this. First of all, we are talking about future sanctions — their terms and introduction being unknown quantities. Second, there are exceptions: For instance, a supplier can go ahead with the supply if the contract was concluded before the restrictions were introduced, though permission would still be required.

If new restrictions are imposed, the parties could revise the supply terms, the conditions for use of given materials of equipment or other conditions in any way affected by the new restrictions. In this case, the parties should, again, focus particularly on their contractual work, making sure that the contract provides for the parties to regulate their relations, should such circumstances arise. At the same time, the balance of the parties' interests must be observed.

Russian customers demand more and more that Russian law be applied to the supply contracts they enter into. At the same time, the Russian legislation, which has recently undergone major changes in relation to contractual relations, provides the parties to the agreement with a considerable number of opportunities that were either not available previously — so the parties used other jurisdictions — or required use of complex structures.

The parties can thus use the entire range of instruments provided, including ones familiar to foreign suppliers, to regulate commercial agreements and reflect them in the relevant contractual structures.