Scottish-born U.S. resident Niall Ferguson is an illustrious and compelling historian for the media age. Currently Professor of History at Harvard University, he will soon decamp to the Hoover Institution think tank at Stanford University in California.

In 2004, Time magazine named Ferguson in its list of the world's 100 most influential people. His books have analyzed everything from World War I to the British Empire to Virtual History, and his various documentary series for Channel 4 and PBS have included "Civilization: the West and the Rest" and "The Ascent of Money."

As geopolitics is living through another era of the unpredictable — not least a looming U.K. referendum on continued membership of the European Union — Professor Ferguson offered his thoughts to The Moscow Times. 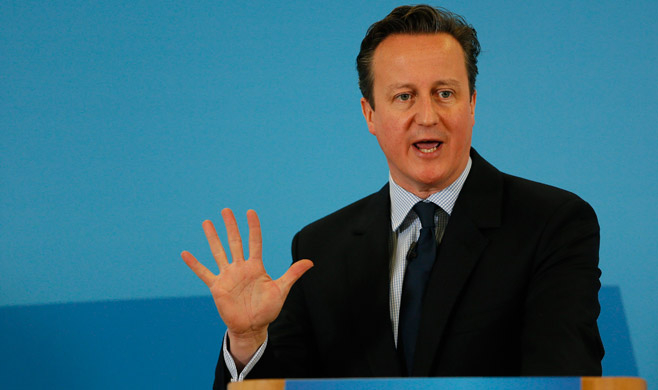 In an interview which Prime Minister David Cameron gave to The Independent on Sunday's political correspondent in March, when asked if President Putin would back Brexit, the PM replied: "I think he probably would…I don't know, I haven't asked him….Putin has an interest in trying to divide and weaken the West. He respects strength and unity, not weakness and division."

So would a British "Leave" vote on June 23 be to Russia's advantage in weakening the EU, something the Kremlin sees as an institution which resists and works against Russian power in Europe? Ferguson said, "Yes, I believe so — though like David Cameron, I haven't asked Mr. Putin. Unfortunately, the debate in the UK has become rather narrow. On the one side, the argument for remaining is mostly about the economic risks, which in my view are very real, but not the most important point. On the other, the argument for exiting is based on a fantasy that the 19th century sovereignty of parliament can somehow be restored. The foreign policy dimension gets overlooked. While it is true that NATO has been more important to West European security than the EU, Britain's membership of the EU has been an important source of strength to both the UK and the EU, and EU expansion has been one of the key Western successes of the post-Cold War era. Would Russia like to see Brexit? You bet."

Ferguson's 2003 book and TV series "Empire" was subtitled "How Britain Made the Modern World." The UK's post-imperial role has been to define itself through membership of the international community — be it the UN Security Council, NATO, the Commonwealth, the WTO and, of course, the EU. Is this an accurate summary of Britain's contemporary global role and would a British withdrawal from the EU diminish it?

"Yes and yes" says Ferguson. "Britain eased its post-imperial 'shrinking pains' by playing leading roles in the institutions that emerged after 1945 as the framework of the post-war global order. It came late to the process of European integration, but played a key role after 1973 in steering Europe away from protectionism towards free trade and the creation of the world's largest single market. This was a crucial achievement, and the result of British leadership in the 1980s. The UK then — correctly in my view — argued against a monetary union and borderless travel.

Our arguments have been vindicated by events. To withdraw now, at this moment of vindication, would be a huge strategic blunder."

In the days of the U.S.S.R., Kremlin money tended to support the far left in Western Europe, but today there is speculated Russian support for far right parties such as the National Front in France. What are the Kremlin's links with far right parties in the EU?

"I am no expert on this," says Ferguson, "but it is clear that Russian support is finding its way to a wide range of populist parties throughout the EU, including the French National Front."

The U.S: A Weakened Global Player 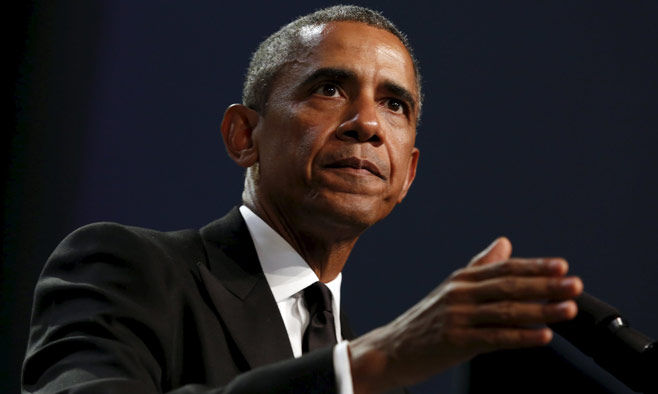 Arguably, the Cold War — more than anything — defined America's post-war strength. Ferguson's most recent publication, "Henry Kissinger: The Idealist," arrived in bookstores during the autumn of 2015 to much acclaim and interest as a re-assessment of the former (and perhaps most famous) Secretary of State. Does Ferguson think the State Department has declined in the degree of global influence it has now compared to when Kissinger was a massive figure on the world stage?

"In economic and military terms the zenith of U.S. power was immediately after the Second World War," explains Ferguson. "As the Soviet Union recovered from wartime devastation and entered the nuclear arms race, that lead shrank, and it has continued to shrink as other economies—e.g., Europe's, Japan's, China's—have grown relative to the U.S. Yet U.S. leadership has ebbed and flowed. In the late 1960s and early 1970s, mainly because of Vietnam, it ebbed. Henry Kissinger's challenge was to reverse that, and in many ways he succeeded. But it was one of his critics, Ronald Reagan, who set the scene for the ultimate triumph: peaceful victory in the Cold War. He and his successor George H.W. Bush took American power to its high point. Unfortunately, the 'peace dividend' of the 1990s was to a significant extent wasted. And in our time, the Bush and Obama administrations have seriously weakened America's standing. I would not lay too much blame on the secretaries of state of the last 16 years; the presidents were the key strategic decision-makers. As for the State Department, it suffered a grave loss of power in the early 2000s, when the Department of Defense became too powerful, and it is only slowly recovering."

The outgoing Obama administration has been characterized by a lack of world leadership. Because of this has the void been filled by people like Vladimir Putin?

"I have been a consistent critic of President Obama's foreign policy," says Professor Ferguson. "The nadir of his strategic blundering was the 'red line' over the use of chemical weapons in Syria. In declaring that the U.S. was 'not the global policeman' and essentially opening the door to Russian intervention in Syria, Obama has made it easy for President Putin to pose as a strong leader, though in reality I am not sure his interventions in Ukraine and Syria have done much for Russia."

Ferguson wrote of Russia in Newsweek at the end of 2011: "Who cares? Russia isn't quite 'Upper Volta with missiles' — West German chancellor Helmut Schmidt's immortal phrase. But it's certainly a shadow of its former Cold War self." East and Western Europe no longer have nuclear arsenals facing each other on either side of the Iron Curtain. For all the talk of what Time magazine called 'Cold War II,' is it a case that the situation today is far less threatening than what existed before?

"Far less threatening," he says. "People forget that the Cold War very nearly got hot on more than one occasion, in the sense of a nuclear war between the superpowers. And right into the 1980s it was hot in the Third World, where major wars were waged by superpower proxies. The level of violence worldwide is much lower than it was then. I would add just two riders. First, violence is escalating rapidly in one region of the world: the Middle East, as well as North Africa and parts of South Asia: call it the Muslim world. Second, the regime of nuclear non-proliferation introduced in 1968 shows signs of crumbling. So we could get back to Cold War levels of danger—in the sense of a high risk of nuclear war—within a decade. But not a nuclear war between Russia and the West. That war will likely be confined to cyber and psychological warfare."

2016 seems to be the era of the wildly implausible, so is the UK voting "Leave" on June 23 and Donald Trump being elected U.S. President on November 8, a plausible scenario?

"I think the probability of Brexit is much higher – call it around 35%", says Ferguson. "Trump still has a 50% chance of being the Republican nominee, but I would put his hopes of winning the presidency much lower, at 1 in 5 at best. The reason Brexit is getting more likely is that things have not been going at all well for David Cameron's government (for reasons largely unrelated to the EU). That raises the probability that his influence will not be sufficient to persuade voters to vote 'Remain.' The reason Trump's chances of victory are heading down is that he has now managed to offend almost everyone in the U.S. except white, male voters without college degrees — and they don't have nearly enough votes to beat Hillary Clinton."