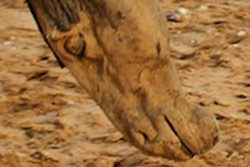 GROUND Khodynka might be closer to the city's outskirts, but it is definitely at the forefront of the cutting-edge art scene. After taking part in the Vienna contemporary art fair, GROUND, led by its curator Katya Bochavar, presents "50 Meters" — documentation of one-man protests by 32 contemporary artists. The performance took place in October as a part of the 6th Moscow Biennale on Khodynskoye Pole. Participants stood 50 meters apart, which is the legal definition of a one-man protest. Performances varied from dancing and reading poetry to walking around with a huge stuffed horse or literally digging oneself into the ground. All 32 performances were recorded and are now on view at the GROUND Khodynka gallery. Tickets 100 rubles ($1.30). Exhibition runs until Jan. 31. 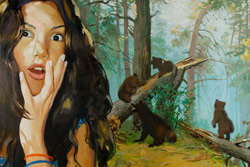 Three floors of the Multimedia Art Museum have been stacked with one masterpiece after another from Pierre Brochet's private collection. Pierre Brochet is a French publisher and entrepreneur who became an avid collector of Russian contemporary art. There are works by deceased artists, like Timur Novikov or Vladislav Mamyshev-Monro; there are works by established artists, like Pavel Pepperstein, Konstantin Zvezdochetov or the famous duo Dubosarsky & Vinogradov; and there are works by artists living in the Russian provinces, like Ivan Gorshkov from Voronezh. It is a veritable  treasure trove, put together by someone who truly loves art. Tickets 500 rubles ($7). Exhibition runs until Jan. 31. 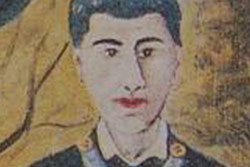 Ilya Zdanevich is a name familiar to anyone who has studied the history of 20th century  avant-garde art.  He was a poet, a designer, an anthropologist, but first and foremost, a publisher. Part of the exhibition is devoted to Zdanevich's life in Tbilisi, where he and his brother first discovered the artist Niko Pirosmani, and his early Paris years, where he worked with Coco Chanel designing fabrics. But most of the exhibition is about Zdanevich as a publisher and the many "livres d'artiste" — the beautifully illustrated books he worked on with such eminent 20th century artists as Marc Chagall, Pablo Picasso, Max Ernst and Fernand Leger. Tickets 300 rubles ($4). Exhibition runs until Feb. 14.

Winter seems to be the season for group exhibitions. There's one now open at Winzavod, and as you can tell from its name, it's devoted to sculpture — specifically, the latest achievements of contemporary Russian sculpture. Here you have veterans of the Moscow art scene, such as Oleg Kulik, who became famous for his man-dog performances of the 1990s, and Anatoly Osmolovsky, who also curated the exhibition, along with the younger generation of artists who have already made names for themselves: Arseniy Zhiliaev, Alexander Povzner, Yevgeniy Antufiev and CrocodilePOWER. Tickets 250 rubles ($3.40). Exhibition runs until Jan. 24. 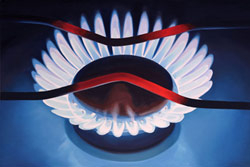 Short and sad, but fascinating

We are used to hearing the name Dubosarsky in tandem with Vinogradov, who together make up a successful art team known for using Soviet-era socialist realism to point out its irrelevancy. This solo exhibition features various works, from a painting of the famous tea glass holder with Soviet insignia to the half-bird goddess of Slavic pagan beliefs and a humorous take on traditional Soviet holiday cards.  Seven minutes is about what it takes to see the whole exhibition. Entrance free. Exhibition runs until Jan. 19.

The hit exhibition of the winter season, Mutated Reality at the Gary Tatintsian Gallery gathers works of world-famous artists rarely seen in Moscow. It's just two rooms, but it's worth going all the way to the former industrial area-turned-art quarter on the Moscow River embankment. There are masterpieces everywhere you look — from such big names as Francis Bacon and George Condo, to Wim Delvoye, who showed his works at the Pushkin Museum in 2014, and the ubiquitous Tony Matelli with his hyper-realistic sculptures.  Expect nothing less from Gary Tatintsian, who opened his first gallery in Berlin, then moved to New York and now is bringing the best of both worlds to Moscow. Entrance free. Exhibition runs until March 1.