Russia's largest museum devoted to the horrors of the Soviet gulag has opened, even as many Muscovites remain unwilling to talk about political repression.

See the Photo Gallery: A Museum With a Mission: Chronicling the History of the Gulag

Moscow's new Gulag Museum opened Friday even as the country remains polarized by the legacy of its brutal system of Soviet-era prison camps that survivors and experts say is being sidelined.

"There are lots of people, particularly the young, who do not know they are walking on bones," Natalya Solzhenitsyna, the widow of Soviet writer and gulag survivor Alexander Solzhenitsyn, told city officials, historians and human rights activists who attended the museum's opening ceremony.

The original museum was founded in 2001 by  historian Anton Antonov-Ovseyenko, whose parents were victims of repression.

The state-owned Gulag Museum, the largest of its kind in the country, is located on the edge of downtown Moscow and replaces a smaller museum that was housed in cramped premises on Ulitsa Petrovka.

Inside the new building, which cost more than 300 million rubles ($4.7 million) to renovate, the decor is exposed brickwork, cast iron supports and a series of black metal staircases. One of the outside walls is made entirely of copper and will gradually turn black over the coming years.

"A visitor sees the exhibits on their own level and then ascends and sees the same thing from above. The idea is that we should climb up and look down from above on this history, which is painful and unrecognized in our country," says museum director Roman Romanov. 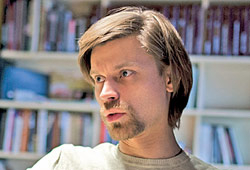 "Even successful, well-educated people believe repression shouldn't be talked about, without ever wondering why."
Roman Romanov, museum director.

"It is a space where people — visitors — can meet themselves, meet with their personal history, or with themselves in this history. It is a moment of contact."

The opening ceremony for the building was timed to coincide with Russia's Day of Remembrance of Victims of Political Repression — an annual event commemorating the millions killed during decades of Communist political terror that reached its apogee with multiple waves of arrests, executions and sentences of forced labor under Soviet leader Josef Stalin.

The Gulag — an abbreviation of Glavnoye Upravleniye Ispravitelno-Trudovykh Lagerei, or Chief Administration of Corrective Labor Camps — was a network of labor, detention and transit camps that epitomize Soviet brutality and were famously described by authors including Solzhenitsyn, Varlam Shalamov and Yevgenia Ginzburg.

"If Russia has an original sin it is the gulag," says U.S. historian Stephen Cohen who is known for his pioneering work on the topic. Cohen, who was present at Friday's opening, says he will donate his personal archive to the new museum.

The Gulag Museum's exhibition describes the system of camps, as well as their legacy in modern Russia, with artifacts gathered from all over the country. But the museum will also collect testimony from gulag survivors, carry out tours and lectures for children, operate as an archive and run a volunteer center providing help to elderly people who suffered under Soviet-era repression.

Discussion of 20th-century political terror burst into the open in Russia after the fall of communism and remains a controversial topic, with many preferring to dwell on the Soviet Union's successes. In a survey conducted by independent pollster Levada Center in March, 45 percent of Russians said they thought the sacrifices of the Stalin period were justified. 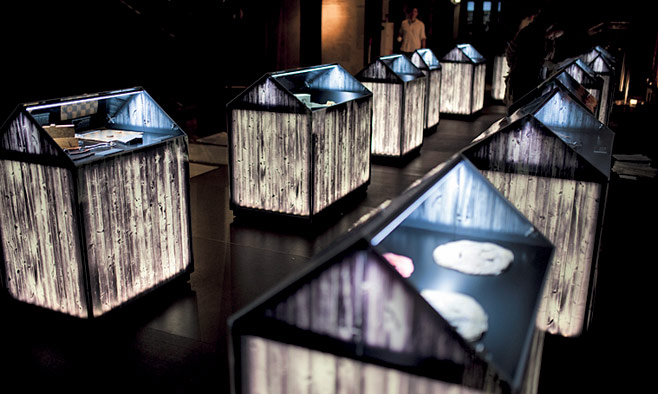 "If Russia has an original sin it is the gulag," says Stephen Cohen, a U.S. historian who presented at the opening and says he plans to donate his personal archive to the new Gulag Museum.

"People are repelled by the memory [of the gulag] because it burns and brings them pain," says Romanov. "But no good will come of this because we cannot turn away from ourselves."

Earlier this year, the Russian government approved a new policy that unequivocally condemned attempts to justify Soviet repression and mapped steps to be taken ahead of the upcoming centenary of the 1917 revolution. A monument to victims of political repression ordered by President Vladimir Putin is due to be unveiled in Moscow next year.

But critics say Putin's ideological narrative of a resurgent Russia has seen a creeping rehabilitation of Stalin and helped marginalize the gulag in official histories, which tend to focus instead on industrial progress and victory in World War II. Earlier this year, a museum dedicated to Stalin was opened in the Tver region near Moscow and a new management team at Perm-36, a unique museum created on the site of a former gulag near the Ural mountains, has been criticized for downplaying the horror of the prison system after complaints of state pressure and a media campaign.

In most school history textbooks there are only a few paragraphs devoted to the gulag, says Sergei Lukashevsky, head of the Sakharov Center, a Moscow-based group defending human rights and working to preserve the memory of Soviet repression.

"There is a general tendency to show Soviet history as a series of victories with some tragic episodes," he said at the museum opening. "This museum is the treacherous paragraph of such a history." 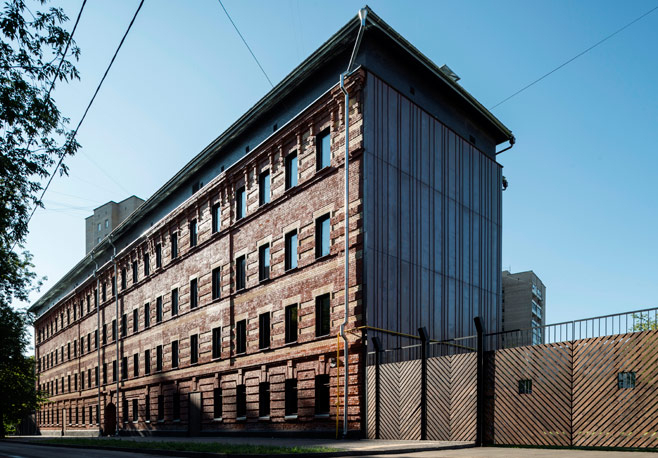 Three outer walls of the museum's new building are made of copper that will gradually turn black.

Unlike other organizations, the Gulag Museum will be able to develop freely because it is under state control, Lukashevsky believes. The Sakharov Center and Memorial, an NGO that also defends human rights and publicizes Russia's totalitarian past, have both been hit by a 2012 law branding nongovernmental organizations receiving grants from abroad as "foreign agents" — a Soviet-era label.

The Gulag Museum was founded in 2001 after a long campaign by camp survivor and Soviet dissident Anton Antonov-Ovseyenko whose father, a leading Bolshevik, was executed and whose mother hanged herself in prison. Although almost completely blind, Antonov-Ovseyenko was involved in the early stages of the planning of the move to the current site before his death in 2013 aged 93.

New director Romanov, a professional museum administrator who says none of his relatives suffered as a result of Soviet repression, appears determined to transform Antonov-Ovseyenko's personal crusade into a professional, modern museum on par with counterparts around the world. With 10 times more floorspace in the new premises, nothing remains of the old museum's displays.

"It is not to frighten people, it is not about death," says Romanov of what he wants the new museum to evoke in visitors.

"It is to understand and feel that humans did this to other humans."