The New British Film Festival — better known simply as Britfest — starts in Moscow on Wednesday. The festival, already in its 16th year, is always one of the most interesting cinematic events in the city.

This year the festival has a few surprise movies, such as "Brooklyn," which hasn't been released yet in either U.K. or the U.S., and "The Lobster," which Muscovites will be seeing right after its European release. The entire program is worth seeing, but if you can't make it to all of them, here are some highlights.

"The Lobster" is a new movie by Yorgos Lanthimos, a director from Greece, previously known only in art house cinema circles. But the cast is truly stellar: Colin Farrell, John C. Reilly, Rachel Weisz, Lea Seydoux, and Ben Whishaw. "The Lobster" shows a dark, dystopian future, where single people are no longer tolerated and are sent off to a hotel in the suburbs, where they are supposed to find a partner or be transformed into the animal of their choice. The movie is told from the point of view of one single man, David, who tries to stay human. In turns hilarious and unsettling, "The Lobster" won't leave anyone indifferent.

And for cinema trivia lovers: in "The Lobster," Lea Seydoux's character clashes with the character played by Daniel Craig's real-life wife Rachel Weisz. And Ben Whishaw is known for playing Q in the James Bond franchise.

"Brooklyn," based on the bestselling novel by Colm Toibin, takes viewers into the past, to the New York City of the 1950s. The script was penned by Colm Toibin himself together with another bestselling author, Nick Hornby. The film tells a story of a young Irish immigrant girl played by formidable Saoirse Ronan of "Atonement" and "The Grand Hotel Budapest" fame. Torn between two men — one in her newfound Brooklyn home and the other one left behind in Ireland — she must decide where she wants to build her future. Some critics predict "Brooklyn" has a good chance of being an Oscar contender in 2016.

"Mr. Holmes," the opening film of the festival is a very unorthodox take on Arthur Conan Doyle's books. Sherlock Holmes — here played by Ian McKellen in one of his most surprising performances — is pictured as a very old man, verging on senile. Holmes is tending to bees at his country house and trying to write down his own recollections of one of his last cases. He claims that the stories written by his sidekick Dr. Watson that made him famous actually embellished reality, and he thinks it's his duty to correct the mistakes. Holmes' housekeeper is played by Laura Linney, and the subject of his last case is played by Hattie Morahan, who will put in an appearance at the festival in Moscow. 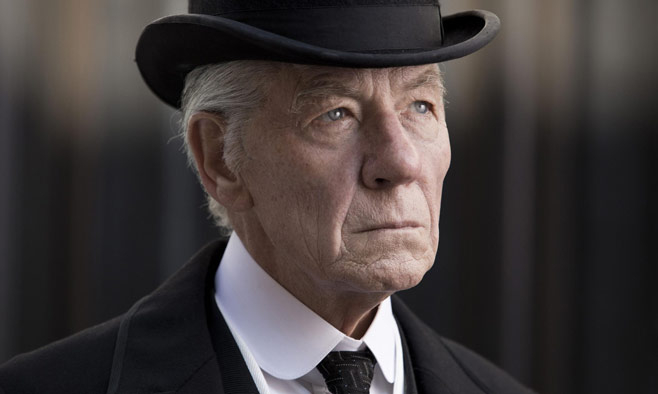 "The First Film" is the most interesting of the documentaries at the festival. Filmed by a relative newcomer, David Wilkinson, "The First Film" seems to have trouble deciding whether it's fiction or fact. In what might — or might not be — a spoof of the festival, the film tells a story of Frenchman Louis Le Prince, who, while working in Leeds, allegedly made the first movie in history in 1888, long before the Lumiere brothers or Thomas Edison. David Wilkinson is himself from Leeds and it has been his lifetime dream to prove that his hometown gave birth to cinema.

Wilkinson's film also explores what happened to Le Prince, who disappeared without a trace soon after making the movie. Was he killed off by the competing filmmakers, Edison or the Lumiere brothers? See the film and decide for yourself.

In addition to films, the festival has a number of talks, workshops and other special events, such as film about celebrated British artist Anish Kapoor, to be held at the Jewish Museum and Tolerance Center where his works are on exhibit.

Most of the films are being shown at Fomula Kino Gorizont. 21/10 Komsomolsky Prospekt. Metro Frunzenskaya. Check ukfilms.ru/en/2015 for full schedule of films, events, and venues. Registration required for some events.