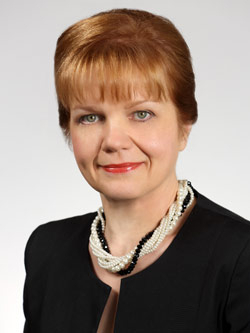 Following lengthy discussion and despite the criticism of experts, RF Government Decree No. 102 "On Restricting the Admission of Certain Types of Medical Devices Originating in Foreign States for the Purposes of Procurement for State and Municipal Needs" (hereinafter "Decree 102") was adopted on February 5, 2015. According to Decree 102, state procurement bids for the supply of medical devices of foreign origin (other than those manufactured in Belarus, Kazakhstan and Armenia) are to be rejected if at least two bids meeting the requirements for supply of such devices whose country of origin is Russia, Belarus, Kazakhstan or Armenia have been submitted.

It seemed that the draft amendments to Decree 102 prepared by the RF Ministry of Industry and Trade that were published on August 3, 2015 and proposed for 15-day public discussion (the "Draft Amendments") should have clarified the rules of the game for market participants on this subject. However, the Draft Amendments do not contain any general principles for regulating expendables that are not included on the List for medical devices that are included on the List and merely propose to considerably expand the List with specific categories of medical items. In particular, apart from new medical devices such as crutches, prosthetic devices, walkers, canes, orthopedic footwear and protective clothing it is proposed to include on the List numerous items of medical equipment such as X-ray machines, ultrasound machines, defibrillators, a number of instruments used in dentistry, and many other devices and equipment. What stands out is the fact that the only new disposable that is proposed for addition to the List is blood glucose test strips (glucose meters were included on the List earlier). As in respect of expendables which are already on the List, it remains unclear how the restrictions will be applied to glucose test strips that are intended for use only in glucose meters of certain manufacturers purchased through state procurement tenders prior to the entry into force of Decree 102 and whose shelf life is far from expiring. In particular, at the moment the Russian Ministry of Health is in the process of replacing imported glucose meters with domestic ones, but it recognizes the need for state procurement of imported test strips for imported glucose meters that are in use and that should only be purchased from the manufacturer of the glucose meter with which those strips will be used.

Considering that the draft amendments to the Decree will have to go through the stages of public discussion, expert review, etc., before being adopted, one can only hope that amendments will be made to it making it possible to clarify the issues of how to apply it, including the issues described above. However, the basic gist of the amendments, if they are adopted, will remain unchanged: the restriction on import of medical devices for state and local needs will be considerably expanded.

We will continue to follow the passage of the Draft Amendments to Decree 102 through all stages of the legislative process and will inform you of what happens to them.

At the moment the draft amendments to the Decree are being further revised to ensure their compliance with the requirements of the RF Government Decree dated July 17, 2015 "On Criteria For Classification of Industrial Products As Having No Analogues Manufactured in the Russian Federation".