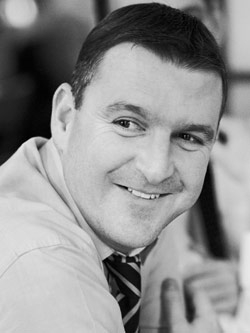 It's no great secret that many or most businesses in Russia are generally not in a great economic situation right now — it doesn't take a genius to work that out, does it?

Nevertheless, I'm one of the people that believes that "hope dies last" and I am one of those gambling on Russia returning to its former glory. It has done so in the past and I'm confident that it will do so again.

The million-dollar question is "when?" and it's one that most of us cannot answer. This leaves most of us trying to maximize revenues whilst controlling costs as much as possible.

Over the past few weeks, I met with some insightful and distinguished business leaders in Moscow. We had the opportunity to share information and bounce ideas off each other. All of the people I met are very different, run different types and sizes of companies and work in different industries. There are two main themes, though, that seem to have affected everyone — their office rent cost (or size) and debt owed to them by their clients.

Collecting outstanding debt is a specialized art, one that many of us are far from qualified to do. Most companies have people in accounts or finance who have this as part of their job description, but in most cases it is (at best) just a part of someone's job and the part they dislike the most.

I looked into this business a while ago, as I had some clients that, for various reasons, refused to pay their bills, despite many promises to do so.

Over the past 12 months, collecting debt from clients had been getting harder and harder. It's especially more costly now — the longer debts are outstanding, the greater the chance of negative exposure to fluctuating exchange rates.

At present, collecting outstanding debts is the second most talked-about topic by many business leaders of small to large firms. A client I spoke with recently has more than $6 million outstanding from many of the clients they deal with, and this is the just debt that has been outstanding for a period longer than 300 days. This 'dead money' is expensive, especially in Russia where the cost of money is incredibly high.

As the saying goes, "if you want to know the value of money, try and borrow some".

Usually, the job of collecting debts falls onto the desk of someone in the finance or accounting department. They then speak to someone else in the client's finance or accounting department on the other side, too. Things go round-and-round, back and forth for month after month. Promises are rarely kept and the debt just keeps growing. Add to this the probability that these clients are still clients because nobody wants to lose ANY client at the moment, do they?

When I decided to turn to external help for our invoice collection, I was introduced to a company owned and operated by two long-term Moscow-based Brits whose backgrounds were in finance/accounting at two of the 'Big 4' accounting firms. As you can imagine, their business is booming at the moment. For many, collecting debt is like trying to get blood out of a stone and not many people are genuine experts at (a) being effective whilst (b) not upsetting the client.

Most impressive is that they are successful in more than 60% of the cases they take on. Perhaps more surprising is they leave such a positive impression that the now paid-up client chooses to continue working with their supplier in more than 80% of cases. I very wrongly presumed the unpunctual client would hold a grudge and blacklist their bill-collecting supplier. I was quite astonished to realize the complete opposite was true.

When a really professional company is collecting on your behalf, several things can happen. Some clients are impressed, some are embarrassed, and some push you up to the top of the payback list because you're making the most noise. Usually, official contact from a 3rd party, directly to the top person in the organization (in other words, not the finance or accounts department), gives you a far higher chance of getting paid than anything else previously done!

I suppose that many people wouldn't care how the money is collected, as all they want is that 'dead money' sitting in their bank account. It should be remembered, though, that it is important for your company's brand and integrity too.