For tourists and residents alike, the metro is the simplest, cheapest and fastest way to get around the Russian capital. However, there are some basic things new arrivals should know before hopping on the subway in order to master the art of metro-riding like a true Muscovite.

1. Be prepared to push. The metro, particularly during rush hour, is crowded. You must be willing to use your elbows and make your way through the crowds of people getting on and off. Double your efforts if you want any chance of getting a seat.

2. Be fast! Make sure you are positioned right in front of the doors when they open. Let the people coming off the train get out first, then sprint into the carriage and push your way further in. 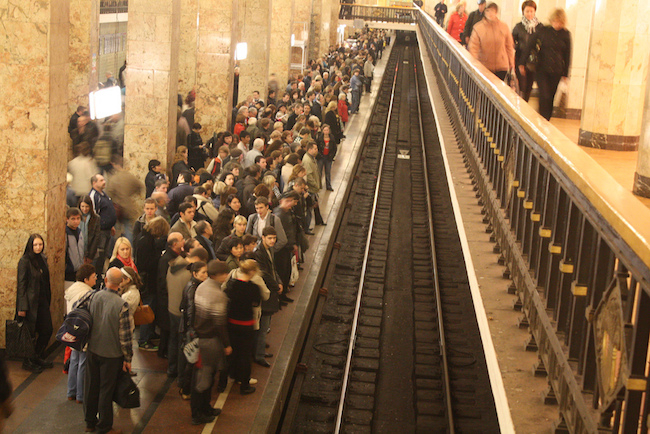 3. Respect the clearly defined hierarchy of the groups most worthy of a seat. These include: pregnant women, old people, children, people with big bags and women wearing heels. If you fear you are not able to accurately judge whether or not you should give someone a seat, chances are your fellow riders will help you out. If you're a young man, the answer to whether you should get up is "always."

4. Look the part. Russians are generally expressionless on public transport and its not uncommon to be stared at if you are smiling broadly. If you're in conversation with a friend, it's ok, but standing alone and smiling will just make you look crazy — or like a foreigner. 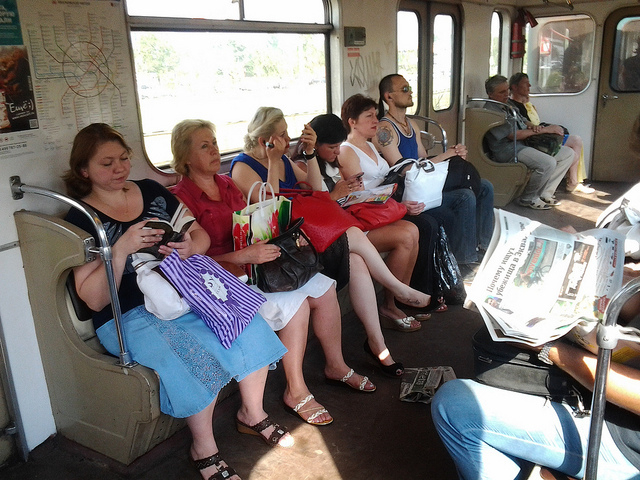 5. Reassess how you feel about personal space. As previously noted, the metro is crowded. Don't be bothered by other riders bumping up against you, especially as trains have been known to stop abruptly. And no matter how full the carriage seems, every stop proves there is always room for a few more.

After following these rules for a while, you'll notice that they become second nature and you won't even remember that you spent your first days in the Moscow metro staring at the mosaics on the walls and hanging back from the crowd hoping to get on the next train.

A man lost two of his fingers in an accident on the Moscow metro Thursday when they became trapped in the escalator, Russian media reported Friday.

A Russian youngster will have to pay a fine of $450 for having sex with her boyfriend in a stretch of the Moscow metro system, the Rossiiskaya...
news

A woman who gave birth on the Moscow metro has been given a year-long pass for unlimited travel on the underground, the RIA Novosti news agency reported...
Long read