A recent poll by the Public Opinion Foundation has found that Russians like to watch TV and think there is too much advertising. The poll, which was conducted among 1,000 people in 320 cities across Russia, revealed that Russians are generally content with their TV experience. When asked what do you like about TV, a third of respondents said they liked everything with the rest of the responses spread out among options like "Soviet movies" and "patriotic programs." In the "what do you not like" category, 30 percent were put out with the amount of ads on TV, while small percentages disliked the amount of violence and the amount of time devoted to the situation in Ukraine. 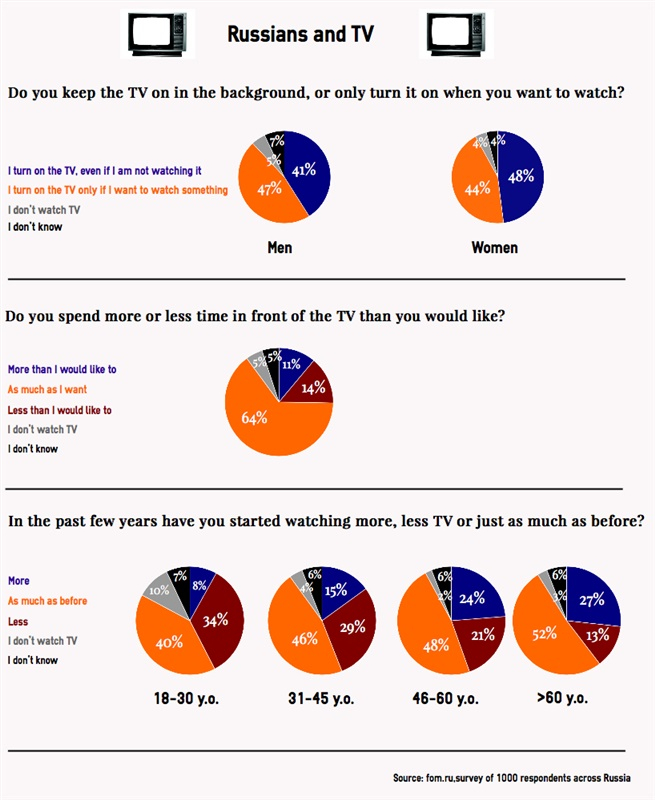 How Do Russians Feel About Religion? (Infographic)

Which Russian Regions are Most Affected by the Economic Crisis? (Infographic)

While overall income is down and cost of living is up, some parts of the country are faring better than others.
Recruitment Drive

"Ukraine is forever in the past for the Kherson region. Russia is here forever," the Moscow-installed authorities said.