Russian state statistics service Rosstat released new figures this week on the price dynamics of common food items over the past 7 months. The figures, which are an average of prices of the goods in 276 Russian cities, show some interesting trends. The cost of milk is up, partially as a result of food sanctions imposed against the import of Western foods a year ago. Dairy products have been particularly affected by the ban. On the other hand, the price of vegetables traditionally grown in Russia, such as cucumbers and tomatoes, are way down. Some price movements have no clear explanation, such as the nearly 100% increase in the price of carrots. 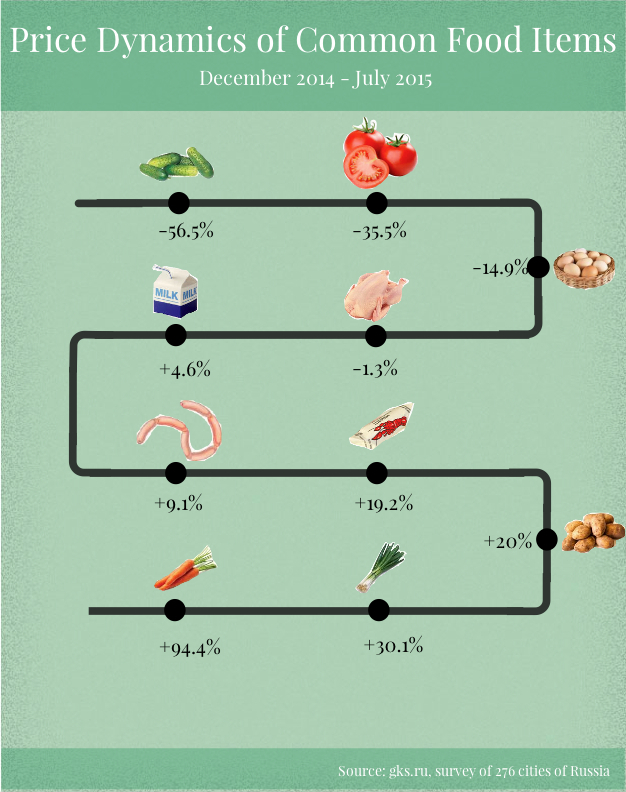 Which Food Prices Are Rising Fastest (And Slowest) in Russia?

Russia plans to extend a ban on Western food imports for six months starting from early August and may add new products to the list, in retaliation...
news

Regional governors who tried to limit markups on food products as prices in Russia soared have been chastised for overstepping their authority, a news...
Ongoing Battle