Russian singer, actress, model, and television presenter Zhanna Friske passed away yesterday evening in Moscow at age 40 after a yearlong battle with brain cancer and several months in a coma. Her death was confirmed this morning by her father, Vladimir Friske.

Friske was a beloved figure in pop culture: following the public announcement of her illness last year, Russia's Channel One television station raised over 66 million rubles ($1.1 million) to cover the cost of her treatment in the U.S. and Germany.

Friske rose to fame in 1996 with the pop group Blestyashchiye, and in 2003 she embarked on what would become a successful solo career. In addition to her singing career, Friske participated in several reality shows and  reprised the role of Alisa Donnikova in the film adaptation of Sergei Lukyanenko's "Night Watch" series.

Various Russian celebrities expressed their condolences to Friske's friends and family, including Filipp Kirkorov, Sergei Lazarev, and former bandmates Olga Orlova and Yulia Kovalchuk. "I know how you loved to smile," Kovalchuk wrote, "and that you wouldn't want everyone to be sad. I loved you beyond measure...we all loved you."

Zhanna Friske will most likely be buried at the Nikolo-Arkhangelskoye cemetery in Moscow. 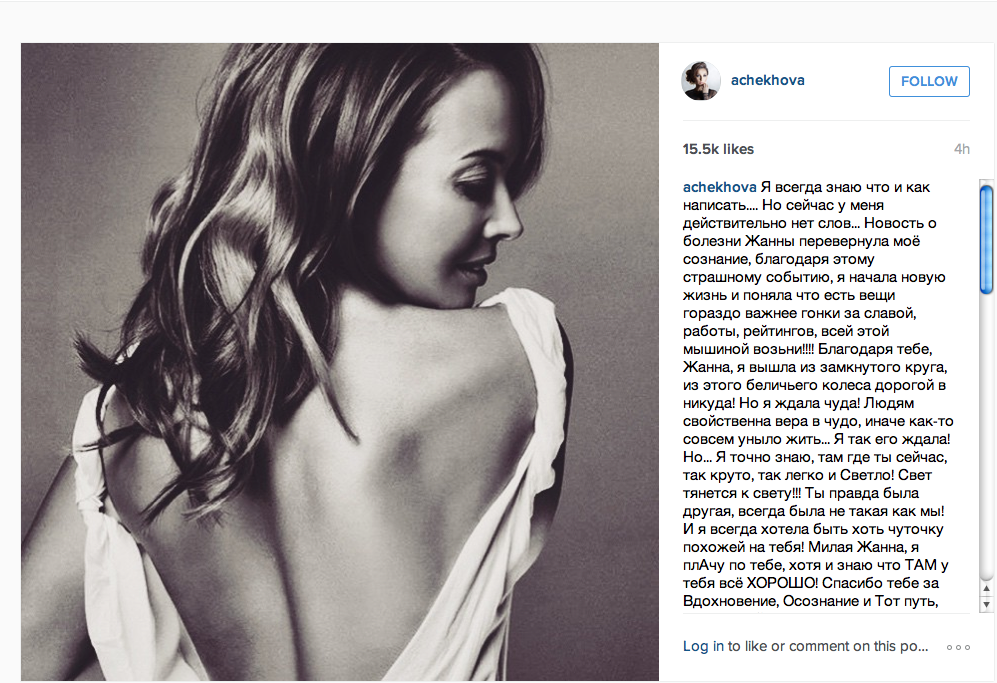 Anfisa Chekhova writes: "I always know what to write and how to write it...but right now I really have no words...the news about Zhanna's illness turned my world upside down--thanks to this terrible event, I began a new life and understood that there are things much more important than chasing fame, work, ratings, all that petty nonsense. Thanks to you, Zhanna, I left this isolated circle, this hamster wheel on the road to nowhere! But I was waiting for a miracle! People are inclined to believe in miracles, otherwise life would become depressing somehow...and how I waited for one! But...I know that where you are now is so great, so easy and light. Light is drawn to light!!!! You were different, you were always different from us! And I always wanted to be just a little more like you! My darling Zhanna, I'm crying for you, although I know THERE everything with you is GOOD! Thank you for the inspiration, perception, and the path you set me on! I love you and will remember you forever." 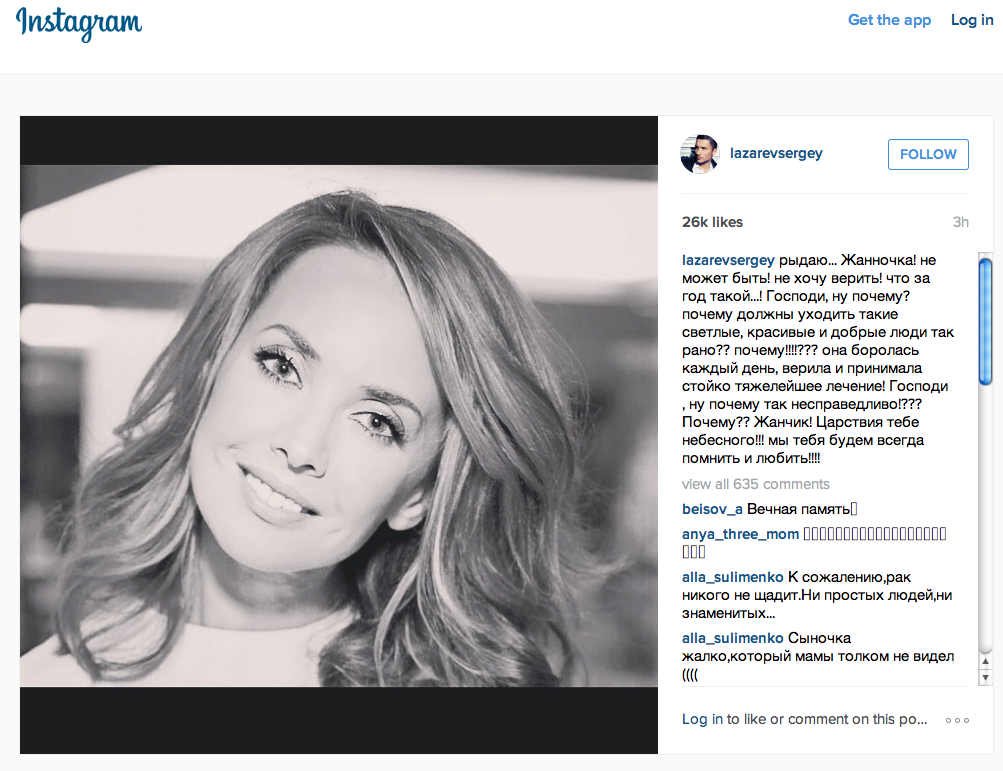 Sergey Lazarev: "I'm sobbing...Zhannochka! It can't be! I don't want to believe it! What is with this year! God, why? Why must such bright, beautiful and kind people leave so early?? Why!!!!??? She fought every day, believed and steadfastly dealt with difficult treatment! God, why so unjust!??? Why??? Zhanchik! Rest in peace!!! We'll remember and love you forever!!!!"

Hundreds of Russians paid their last respects to renowned and much-loved opera singer Yelena Obraztsova in the Bolshoi Theater on Wednesday.
news

As Western leaders ramp up pressure against Russia for its support of rebels in eastern Ukraine, a patriotic pop singer in Siberia has a message...
ramping tensions

Russia's foreign minister spoke with his U.S. counterpart as tensions flare over Ukraine.