Contribute Today
By Anastasia Bazenkova
May 25, 2015

It may seem to foreign visitors that there is a statue of Alexander Pushkin, Russia's most famous poet, around every corner in Moscow. There are at least nine sculptures of him in the Russian capital. The only person honored with more statues is Lenin, whose likeness appears 14 times around the city.

The ranks of foreigners commemorated in stone or bronze in the Russian capital is also made up primarily of writers, with a few politicians thrown in.

British author Charles Dickens wrote in his will that he didn't want any statues or monuments dedicated to him. His native country managed to honor his wish until 2013, when a monument was erected in the writer's hometown of Portsmouth. Russia, however, erected a statue to Dickens, whose works appear alongside those of Lermontov and Tolstoy in every grade-school literature textbook, much earlier. The BBC presented the statue to the Russian State Library of Foreign Literature in 1996 in honor of the institution's 75th anniversary. Dickens fans gather there every Feb. 7 to celebrate the writer's birthday.

Dickens isn't the only foreign writer whose memory is honored at the library. In 1998, a bust of Chilean poet Gabriela Mistral was installed in the alley of prominent writers leading to the library door. Mistral is the only Latin American woman to receive the Nobel Prize in Literature; she won the award in 1945. The sculpture of Mistral was donated by the government of Chile as part of a cultural exchange with Russia. A bust of Pushkin was sent to Santiago in return.

A sculpture of another Spanish-speaking writer, Miguel Cervantes, also came to Moscow as part of a cultural program. A statue of the author of Don Quixote took up residence in Park Druzhby (Friendship Park) near Rechnoy Voksal in northern Moscow during the "Days of Madrid in Moscow" and "Days of Moscow in Spain" program in 1981. The monument is an exact copy of the 19th century statue of Cervantes that stands in the center of Madrid. At one point, the writer held a sword, but it was a constant target for vandals and now seems to have disappeared completely. 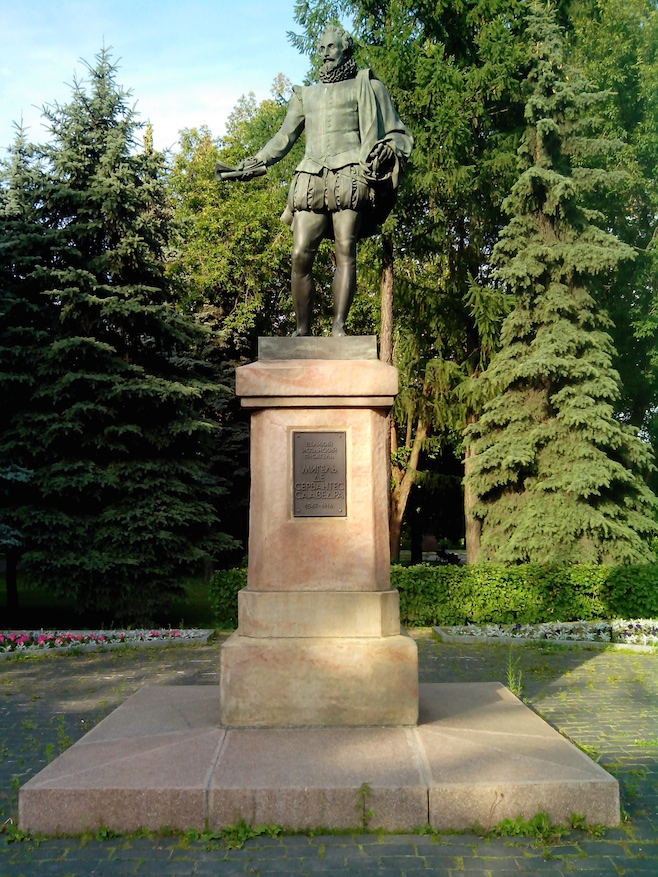 On May 9, 2005, the 60th anniversary of the Allied victory in World War II, Russian President Vladimir Putin was joined by former French President Jacques Chirac to unveil a monument to General Charles de Gaulle on a street bearing the general's name in front of the Cosmos hotel. The monument, created by the well-known Georgian-Russian sculptor Zurab Tsereteli, is 8-meters tall and stands on a granite plinth 10 meters high.Tsereteli said about the statue that he was able to recreate the image of de Gaulle because he had once seen him in person.


The remarkable shape of the monument to Ho Chi Minh at the eponymous square near Akademicheskaya metro station in southern Moscow attracts the attention of both visitors to the Russian capital and long time Muscovites. The Vietnamese leader's face appears in the center of a giant bronze disk that sits on a large base. Carved on the base of the monument is the slogan of the Vietnamese who fought under him: "There is nothing more precious than independence and freedom." In the 1990s, Moscow authorities announced plans to to demolish the monument and the Vietnamese agreed to move it to the territory of the Vietnamese Embassy in Moscow. Today, however, the sculpture still stands in Ho Chi Minh Square and is a popular gathering place for Vietnamese residents of Moscow in the summertime. 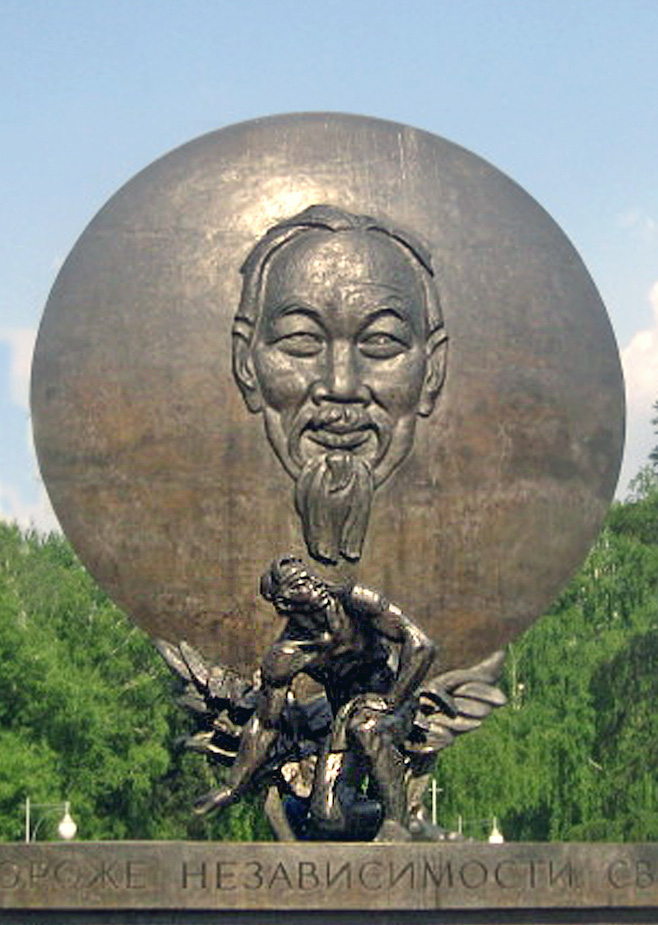 Right in the center of Moscow, on Chistoprudny Boulevard, is a monument to Kazakh writer Abai Kunanbaev. It was donated to Russia by the Republic of Kazakhstan in 2006. Kunanbaev put a lot of effort into strengthening ties between the Kazakh and Russian cultures and called his people to learn the Russian language. There's nothing in Kunanbaev's history or work to explain why his monument became the gathering place of the opposition movement in Moscow in 2012; it was just a convenient place to meet.

There are three monuments to Americans in Moscow — two to politicians and one to a writer, all the work of sculptor Alexander Burganov. Abraham Lincoln, who ended slavery in the U.S., is shown shaking hands with "Tsar-Liberator" Alexander II in front of the Russian Federal Archives. The statue was dedicated in 2011 to mark the 150th anniversary of the freeing of Russia's serfs.

The other statues are older, but not by much. John Quincy Adams became the first American diplomat honored by a statue in the Russian capital when a sculpture of him was placed in front of the U.S. Embassy in Moscow in 2008. Adams was the first U.S. ambassador to Russia.

During her term as secretary of state Hillary Clinton, dedicated a statue to poet Walt Whitman in front of Moscow State University in 2009. It was donated to Moscow by the mayor of Washington, D.C., who in return received a statue of — Alexander Pushkin.