Contribute Today
By Natalia Ravkina
May 18, 2015 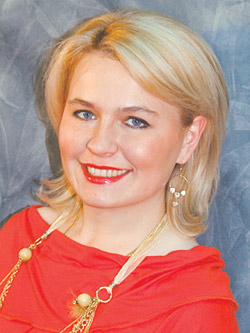 Originally a small Mediterranean village of fishermen and monks, today Cannes is a one of the most fabulous cities on the French Riviera. This natural masterpiece, made internationally famous by the Cannes Film Festival, offers golden sands, azure-colored sea, fantastic architecture, luxurious boutiques and authentic restaurants. All this makes Cannes a breathtaking and chic place to be.

According to the regional tourism committee of the Cote d'azur, more than 11 million tourists visited the Cote d'azur in 2014. The share of foreign tourists to Cannes has greatly increased, making up 48% of the 2014 total. In particular, UK, German and Italian tourists can often be seen strolling along the Croisette. 60% of these three touring national groups come to attend Cannes.

It should also be noted that the number of Russians visiting the Mediterranean coast of France is constantly increasing. In 2009, there were 150 thousand Russian visitors. In 2010, this number increased by 20% to 180 thousand. For the first half of 2011, the number of Russian tourists on the Riviera grew by 36% compared with the same period last year. About 18% of Russians coming to France choose the Cote d'azur.

Cannes is not only a central tourist attraction. Cannes is also the country's second business center after Paris. Exhibitions that gather business elite from around the world take place at the Palace of Festivals and Congress Hall. In addition to the Cannes film festival, an international real estate exhibition, MIPIM, and the international advertising equivalent of Cannes, MAPIC, are held here annually.

In periods of high business activity, businessmen and women can stay in comfortable apartments located in the center of the historic city, such as at the "Alexandre III Appartments." The apartments are located in an old manor, Résidence de Pins (built in 1872). Members of many royal families, including family members of Russian Emperor, often stayed at this marvelous property while visiting the French Riviera.

Nowadays, Alexandre III Apartments offers a wide range of accommodation for holidays, short get-aways, and business trips. The apartments range in size from 50 to 150 m² and have living rooms, bedrooms, bathrooms and toilets, a fully equipped kitchen, free Wi-Fi, free parking, soundproofing and air conditioning—in short, everything to offer the best comfort. The residence is located only a 5 minute walk away from the Croisette. A further 10 minute walk along the beautiful bay of Cannes takes you to the Palace of Festivals and Congress Hall.

Guests of Cannes also love the evening walk along the waterfront Boulevard de la Croisette, to admire a beautiful sunset or to enjoy seafood and fine French wine. It seems, that the economic crisis has not been felt here. The regional committee for tourism Côte d'azur plans to bring more than 12 million tourists to the region in 2015.

Russia hit back Thursday at widely reported data which placed the country as a leader in new HIV infections worldwide as “provocative propaganda...