Two Russian artists have won the top prize in Denmark's Portrait Now! competition, in the first year that artists from Russia were invited to participate.

Slava PTRK and Vladimir Abikh were awarded first place in the Brewer J.C. Jacobsen Portrait Award competition for their project "Street Dirt," (Ulichnaya Gryaz) — a project that comprised of portraits of homeless people in the Urals city of Yekaterinburg, printed on canvases using dirt kicked up from the very same streets.

Portrait Now! is a biannual competition sponsored by the Danish Museum of Natural History that awards works that give "portraiture an artistic treatment of issues surrounding the identity and personas of real people," according to the organization's website. Works from all artistic mediums are considered. 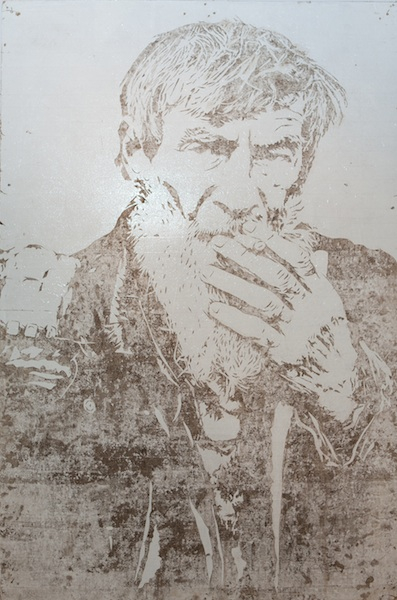 An image from the "Street Art" project.

The competition was established in 2007 for artists from Nordic countries; it was opened to participants from Belarus, China, Kazakhstan, Russia and Ukraine only this year.

In announcing this year's awards, the Portrait Now! jury said "Street Dirt" was "an art project with a clear mission, unique execution, and relevance," adding in its press release that the project had universal resonance because its subjects were "absolute outsiders … who represent society itself."

In an interview last fall with web site Homeless.ru, artist SlavaPTRK said the goal of the project was to raise awareness of the problem of homelessness in the city's residents. 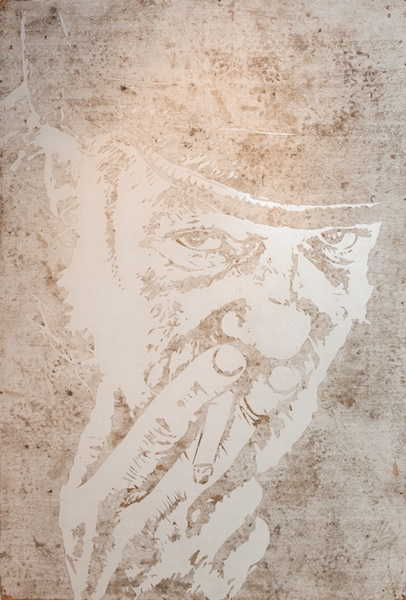 An image from the "Street Art" project.

The Portrait Now! jury also awarded one of three Young Talent prize to Russian artist Shamil Akhmedov for his work '"Aibala Child of the Moon."

A truck driver making a delivery in the border village of Tyotkino was reportedly killed in shelling.
disputed grid