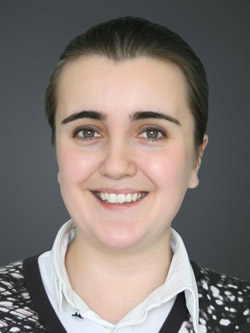 The current difficult macroeconomic situation, the sanctions and product embargo and the devaluation of the Russian rouble have affected the Russian domestic trade in foodstuffs.

In 2014, the Russian Government believed that the product embargo Russia imposed on foodstuffs from the EU, USA, Australia, Canada and Norway would boost domestic agriculture. Dmitry Medvedev said that Russian farmers had been granted a unique opportunity to develop facilities to substitute for imports.

The vacuum left by foreign exporters seems at first glance to have been filled in.There are goods substitutes, but I regret to observe that no-one can find real substitutes for Italian parmesan or Norwegian salmon in Russian stores.

Unfortunately, the import substitution measures taken by the Russian Government have been unable to adapt to the new economic realia. Lack of effective steps to subsidise domestic suppliers and retailers or to grant them soft credit facilities; the time and money spent by some law-makers on populist legislative initiatives could not prevent the sharp increase in the price of foodstuffs.

Beyond doubt, there has been no catastrophic disaster. Yet, according to a recent report made by Nielsen, a leading global information and measurement company, in March 2015, almost half of all Russians had cut their spending on foodstuffs owing to the sharp increase in their prices.

Russian law-makers are coming up with a variety of legislative initiative trying to improve the situation.

Federal law No. 381-FZ "On the Fundamentals of State Regulation of Trade" (the Trade Act) determinates the fundamentals of the domestic trade in foodstuffs in Russia.

Let us look at the most significant legislative initiatives for amending the Trade Act.

It is food security, achieved by means of import substitution and active accompanying measures to support national producers of foodstuffs, that is the driver, according to State Duma Deputy Irina Yarovaya.

On the one hand, this sounds positive. On the other, the bill provides for significantly reducing bonuses and services paid by sellers to retailers from 10% to 3% of the value of the foodstuffs purchased by retailers, as well as shortening the maximum deadlines currently provided by the Trade Act for paying for foodstuffs.

Such radical measures are more likely to bust rather than boost the post-crisis retail and food industry. Marketing services in stores, including merchandise display, sampling and point-of-sale displays, are aimed at promoting foodstuffs for a corresponding remuneration. Bonuses for retailers encourage them to buy more foodstuffs from the supplier. Should they be banned if they exceed 3%?

Irina Yarovaya's bill made a splash and has both supporters and opponents. The bill obviously leaves out special features of the domestic trade in foodstuffs and the proposals seem rather muddy. The Russian Federal Antimonopoly Service did not support the bill in the current version and argued that it should be modified.

There are number of bills requiring retailers to guarantee at least 50% Russian foodstuffs in stores.

This initiative was promoted by the Moscow Region Duma, as well as State Duma Deputy Oleg Nilov. The explanatory notes to these bills suggest that such a measure would support local food producers in the current economic situation.

The Trade Act specifies the term "foodstuff" without any reference to its place of origin. It does not distinguish between foodstuffs produced by local and by foreign companies. This initiative seems to be a measure of trade protectionism. Yet would it help given the current economic realia?

It appears that continuous quality improvement of foodstuffs both by local and foreign producers competing on an equal footing on an open trade market might help reduces prices better than protectionism.

Аmendments to the Trade Act initiated by the Russian Federal Antimonopoly Service are the guide now. On 15 April 2015, Deputy Prime Minister Arkady Dvorkovich held a meeting with foodstuff producers and retailers. He stated that the Government would adhere to the bill proposed by the Russian Federal Antimonopoly Service a year ago. Some of the proposals by Irina Yarovaya may also be implemented.

The most important amendments to this bill are the following:

Liability for breach of the Trade Act is currently limited to one year from the date of the contract containing the violations. The Russian Federal Antimonopoly Service suggests counting the limitation period from the date when the breaches are detected, rather than the contract date.

For instance, should changes made by the supplier to its foodstuff price-list actually affect the volume and price of marketing services, this might entail penalties up to 5 000 000 roubles, as well as tax claims.

This initiative would require additional analysis by law-makers in consideration of the specifics of retail trade. Law amendments in times of crisis should support rather than restrict business.

The bill suggests counting as unfair any terms and conditions of a contract that might be unprofitable or do not concern its subject matter. The current Trade Act specifies a closed list of unfair practices. I believe that suppliers and retailers might interpret this clause very broadly, this possibly resulting in some stoppers and misunderstandings during negotiations.

The bill also stipulates a fine of up to 4 500 000 roubles for making an agency contract. This initiative might affect food producers who sell foodstuffs through distributors.

If distribution contracts provide for goods to be sold by a distributor without transfer of the title to the distributor or if the contract contains any elements of an agency contract, this might trigger the above fine. Today's Trade Act prohibits trade commission agreements.

Let us hope that only the initiatives that might support retail trade in the new economic situation will be included in the Trade Act. The Russian Government should also provide active support to and undertake additional measures for subsidising domestic suppliers and retailers, as well as granting soft credit facilities for them, since these measures are vital in the current economic situation.

Foodstuff producers, suppliers and retailers should familiarise themselves with the final list of amendments to the Trade Act before they are actually adopted by the lawmakers. Public discussion of the amendments is vital.

We have had a good opportunity to observe the mass-scale discussion through associations and the media of the bill initiated by Irina Yarovaya, as well as negative feedback on the proposals put forward by the Communist Party concerning state regulation of food prices (maximum trade mark-ups).

The Ukrainian president also called on Putin to deny he was planning to invade Ukraine.
'you were invited to europe'

Belarus Leader Tells Migrants They Have 'Right' to Go to EU

Lukashenko visited a center near the Polish border hosting hundreds of migrants who came to Belarus in the hopes of reaching Europe.