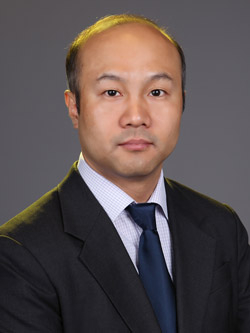 China has seen rapid economic growth over the past three decades and, according to the International Monetary Fund, it is now the world's largest economy. With its huge market potential and an ever growing middle class, China has generated considerable interest among foreign investors. In 2014, China recorded incoming foreign direct investment of US$128 billion, the largest in the world, according to a report published by the United Nations Conference on Trade and Development on January 29, 2015.

Furthermore, China's new leadership is determined to "deepen the reform" and further open up to the world. China is switching to a new growth model encouraging private investment and focusing on domestic consumption, better consumer and environmental protections, more respect for law and less governmental interference in commercial activities. A number of new laws and regulations have been or will be issued to "deregulate" the economy and create a marketplace that is more attractive to private investors, whether domestic or foreign.

Nevertheless, doing business in China remains complicated and exposed to a wide range of business, legal, regulatory and cultural challenges. Foreign investors should ensure proper research and planning in order to be well prepared for success in the Middle Kingdom. Below are some tips for new entrants to the China market.

1. Follow the rules. China is transitioning to a rule-based economy and a more disciplined and transparent market. Foreign investors are expected to follow the rules closely when they operate in China. The notorious anti-bribery investigation against GlaxoSmithKline by Chinese police in 2013 and the hefty fine imposed on Qualcomm by Chinese anti-monopoly authorities in 2014 highlighted the increasing compliance risks faced by foreign companies in China.

2. Choose the appropriate form of business entity. Foreign investors may conduct business in China through a representative office, a joint venture (which may be an equity joint venture or a cooperative joint venture), a wholly-owned subsidiary (often short-named a WFOE) or a partnership. Each form of legal entity has its own functions and parameters that should be fully considered in light of the business plan and objectives of foreign investors.

3. Avoid dubious local partners. Foreign investors entering into joint ventures with Chinese partners should ensure full understanding of the background and credibility of their local partners. One should use all means available, including public information, trade associations, market consultants, industry insiders and law firms, to perform due diligence on a potential partner. If the relationship turns out to be problematic, any solutions, including legal remedies, may be difficult or come with high costs.

4. Obtain Chinese governmental approvals. Foreign investments in China are currently subject to regulatory approvals by various Chinese authorities. The approval requirements and procedures, as well as the treatment of local entities set up by foreign investors, vary according to the industry sectors involved. Despite the recent steps taken by the government to ease the regulatory process and a new law being drafted to abolish the case-by-case approval of each investment project (unless it falls under a "negative list"), foreign investors still need to comply with a fair amount of red-tape in order to enter and operate in the China market. Clear understanding of the regulatory process and proper communications with regulatory authorities are the key to overcome potential issues.

5. Set up the best investment structure. Foreign investors should properly structure their investments into China so as to minimize risks, obtain tax efficiency and other benefits, and most importantly, have the ability to exit the investments when things go wrong. Typical structures include offshore holding companies, but one must be mindful of their tax implications in both China and home jurisdictions. It is important to maximize legal protections, such as rights of first refusal, call and put options, deadlock solutions and appraisal rights, in the transaction agreements. These concepts are largely recognized by Chinese law.

6. Prepare for disputes in China. Foreign investors should prepare themselves for any disputes by negotiating a dispute resolution clause in the contracts with their Chinese partners and customers. Litigation is generally not a preferred solution as it is never easy to litigate in Chinese courts, and enforcement of foreign court judgments in China is even more difficult. Arbitration is generally favored, as it is confidential, fast, flexible, more predictable and commercially oriented. The most common arbitration institutions include China's CIETAC, the International Chamber of Commerce (ICC) and international arbitration centers in Hong Kong, Singapore, Stockholm, London and Zurich.