Contribute Today
By Yuri Chernobrivtsev
Dec. 16, 2014
The Legal Highlights section did not involve the reporting or the editorial staff of The Moscow Times. 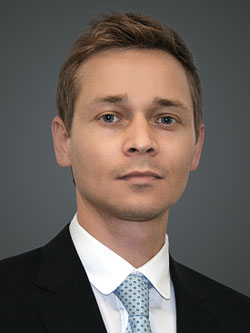 The adverse effect of the political sanctions and tensions in foreign affairs on the Russian market are obvious and many have already suffered from them directly. Increased borrowing costs are affecting virtually every industry, real state being no exception. Shrinking bank liquidity (following the latest sanctions) has inhibited development projects, which are largely dependent on project finance leveraged by the banks.

Many Russian corporations are struggling to restructure and refinance their existing dollar and euro borrowings. A number of deals on hold owing to lack of project and/or acquisition finance.

Needless to say, the current oil price trajectory has precluded closing on a number of acquisitions in the oil & gas industry. It has also had a direct impact on the ruble. The devalued ruble has hit the market on many different levels. One might even say that the ruble devaluation has had a more severe impact on the Russian real estate market than any of the sanctions to date.

Here are a couple of illustrative examples.

As discussed in more detail below, it has become widespread amongst tenants to find excuses to renegotiate their rent rates (denominated in U.S. dollars or euros) and the landlords often have to agree to that, even if the contract is in their favour.

The reduced dollar/euro rents, in conjunction with ruble denominated rents, in turn impacts the main investment criteria for any real estate: net operating income. The falling net operating income obviously pulls down the price for commercial real estate. Yet the real challenge is to try to complete a sale/acquisition of such real estate when the ruble is continuing its downward spiral. 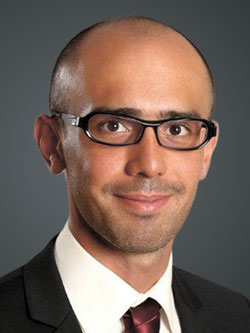 I was in the middle of a deal in December when the ruble dropped 10percent during a single week. At this point, the parties were already heavily renegotiating the original commercial terms (which were agreed earlier in the autumn). The seller was in full-on renegotiation of leases for the building, whereas the buyer was asking for certain discounts on the purchase price owing to the decreased net operating income. Once some conclusion was achieved, the parties were willing to complete the deal as soon as possible, within days. This, in itself, is a major challenge, given that deal completion often requires, apart from a due diligence and fully negotiated transaction documents, fulfilment of certain formalities, KYC checks, opening of bank accounts and other things that take weeks rather than days.

In another example, the buyer was in a position to renegotiate the purchase price previously agreed with the seller, as it was denominated in U.S. dollars. The results of a comprehensive due diligence review were used to support the position, but the main commercial reason consisted of competing offers from other sellers denominated in rubles. In just a few weeks, the difference became too big to be ignored. It almost killed the deal at one point. It took a lot of joint efforts from different teams to support the reasoning for renegotiation of the purchase price; yet the deal offered to the seller in the end was still very attractive compared to other competing ruble offers.

It is fair to say that it is a buyer's market in Russia. The long-term implications of this are still not clear. Even if the sanctions were lifted immediately, this would not guarantee an inrush of foreign capital. It might even be presumed that neither Russia nor the West can expect such a capital influx, as we will all still need some time to understand the new procedures going on in the world.

As always, a buyer's market provides opportunities for certain daring market players. Professional players with liquidity on their hands can find very attractive deals and reinvent themselves. It can also be a good time for acquiring discounted real estate, if this is in line with the future business strategy or if, let us say, a developer has a long development strategy. And there is still a chance, in the long run, of commercial real estate of a better quality and a more mature market.

The current economic situation is also impacting the commercial real estate lease market, which is seeing falling rents and rising vacancy rates of office, retail and warehousing space. Worst-hit is office real estate leasing, where the A class vacancy rate is 26-27percent and rents have dropped by 20percent, according to some experts.

Some tenants whose agreements are soon to expire or who intend to make use of the stipulated break option are taking advantage of the situation by changing the leased area, agreeing to new and more beneficial lease renewal terms or finding and renting new premises.

The collapse of the ruble has led to widespread introduction of a ruble corridor for foreign currency denominated rental rates. On average, it is quite possible to fix a maximum ruble rate of 45-47 to the dollar for the next year. Some landlords, especially in the B class office real estate segment, are prepared to set the rental in rubles. Traditionally, 5-10percent caps are discussed and agreed on the annual increase in controllable operating expenses, which are also quite often set in rubles.

It is important to remember that the considerable currency fluctuations are likely to continue, so we advise tenants to have a currency corridor set for an entire lease period. If this is not possible, a mechanism might be agreed for the parties to share the risk equally of any further substantial ruble devaluation. For example: should the ruble drop in value by 10percent, payment will be made at the initial exchange rate +5percent.

Should the lease set the rent in foreign currency and the tenant not have a break option, matters are settled on a case-by-case basis and, given the economic downturn, many landlords quite often meet the tenants' demands and approve a rent cut or a ruble corridor. As a rule, these mechanisms are agreed for a limited period, such as one or two years, in order to reduce the tenants' costs during the acute phase of the crisis. When the supply of office premises on the market exceeds demand, it is important for landlords to retain existing tenants. Some tenants might just stop paying the rent and the landlord would then have to file a court claim to recover the debt or terminate the lease. Yet finding a new tenant may be no easy matter. Finally, during the crisis, both parties might be interested in seeking a compromise. In return, landlords might obtain additional advantages, such as lease prolongation, deferral of a break option for the tenant or a change in advance payments (for example: a shift from a monthly to a quarterly advance).