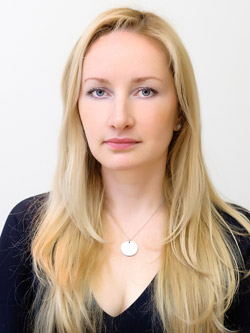 In 2014, the major trends in the Russian oil and gas sector were primarily influenced by sanctions imposed by foreign governments earlier in the year. In particular, the sanctions limited access of domestic companies to goods and services necessary for deep water oil exploration and production, Arctic oil exploration or production and shale oil projects in Russia. This development has had a devastating effect on a number of Russian shelf projects.

Prior to this, domestic and international majors negotiated several ambitious joint ventures and the Russian government made substantial efforts to bring the Russian legal framework closer to existing international practice. At the end of 2013, the first substantial amendments were introduced to Russian legislation to recognize the concept of an operator of a shelf project. In the summer of 2014, Rosneft and ExxonMobil started exploratory drilling in the Kara Sea. However the sanctions have prevented them from pursuing the project further.

A number of major Russian companies have repeatedly declared their intention to challenge the sanctions. Among them Rosneft and Sberbank have already submitted their claims. A claim was also brought by the well known Russian businessman, Arkady Rotenberg.

According to the website of the European Court of Justice (the ECJ), Rosneft, Sberbank and Mr. Rotenberg filed claims in October 2014 against the Council of the European Union, the EU institution responsible for imposing EU restrictive measures. However, information on the website is currently very limited and does not disclose particulars of the claims. 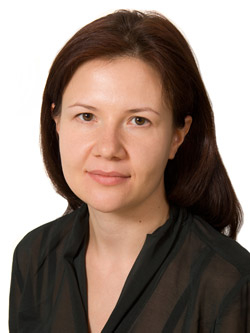 The resolution of the claim will obviously have a material effect on Russian companies subject to the sanctions. It is especially relevant to Russian oil and gas companies.

Russian oil and gas majors have been looking increasingly toward the east. In May, Gazprom and China National Petroleum Corporation (CNPC) signed a 30 year contract for annual gas supplies of 38 bcm via the eastern route. In September, construction of the Power of Siberia transportation pipeline in Siberia commenced, through which the gas supplies will be routed. In November, these two majors signed a framework agreement on gas supplies via the western route. Rosneft is also negotiating with CNPC regarding its participation in the largest Vankor field. In November, it was reported in the media that Indian companies are also being invited to participate in a number of Russian projects, including in the Arctic and East Siberia.

However, the Russian-Chinese agreement on the Power of Siberia has caused some tension between the major Russian oil and gas producers. While Gazprom claims to be the sole operator of the new pipeline, Rosneft is trying to secure access to its future available capacity. Under Russian law, Gazprom, while acting as the sole operator of the Russian gas transportation system, cannot refuse granting access to the transportation system to other, so-called 'independent', gas producers (including Rosneft), provided that it is technically possible.

A similar issue was raised with regard to Sakhalin-2. Rosneft is currently trying to gain access to the project's gas transportation pipeline which is operated by Gazprom's subsidiary, Sakhalin Energy Investment Company Ltd (Sakhalin Energy). This year, Rosneft initiated proceedings with the Russian Federal Antimonopoly Service (FAS) and the commercial court of the Sakhalin region against Sakhalin-Energy, requiring it to provide access to the available gas transportation facilities of Sakhalin-2.

There have been previous situations when independent Russian gas producers have been successful in disputes adjudicated by FAS and the Russian courts over access to the gas transportation system. Industry watchers are keenly awaiting the outcome of these cases (which are expected by the end of the year).

Gazprom's gas export monopoly has also been challenged. From December 2013, Novatek's Yamal LNG project and certain Rosneft projects have obtained the right to export LNG. Initiatives were also commenced this year for export exemptions to be given in relation to Alltech's Pechora LNG and Lukoil, but the future of these initiatives is unclear.

Erdogan Warns of 'Another Chernobyl' After Talks in Ukraine

"While continuing our efforts to find a solution, we remain on the side of our Ukraine friends," Erdogan said.