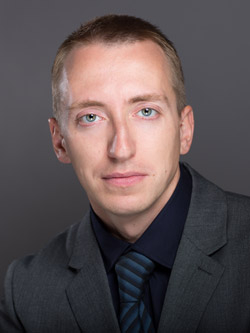 Amid the general commotion in the pension market that ensued after the announcement that the 2014 contributions to OPS, the funded component of Russian mandatory pensions, would be nationalised and redirected to the pay-as-you-go part, there were numerous voices saying that NPFs (non- state pension funds) as institutions are inefficient and that they ought to be dismantled alongside the OPS component altogether.

According to the current legislation, NPFs are not allowed to manage OPS monies directly, only through the qualified AMCs (asset management companies). Surely the fund can influence the results to the extent that it selects the asset manager and negotiates the investment strategy when signing the contract and later on. However there is no guarantee, as we all saw back in 2008, when the funds were left to bear the brunt of investment losses, and no right of recourse or anything coming into play. Another thing to remember is that NPFs are currently required to annually post a positive investment return to customer accounts. This automatically makes the investment horizon as short-sighted as a butterfly's outlook on life and the risk appetite next to anorexic. To crown it all, there are specific times in the year that the new monies are transferred to NPFs (new contributions or migrated accounts) from the state pension fund or other NPFs. This means there is a very narrow window to enter the market, and the year-end, when positions must be closed — with profits or, God forbid, losses. And yet the funds are chastised as inefficient.

Let us look farther into the matter. Investment returns the funds annually post are compared, by the general public and the media, to anything except what is remotely commensurate. Well, I grant them inflation, that ruthless nemesis of all investors. But savings deposits (three years long at the most, in this country)? Mutual funds? Lucky upstarts from among second- and third- tier stocks?

Stretching the metaphor a bit, this all looks like an amputee marathon runner who is placed to compete against sprinters in a 100 meters' race.

At the same time, there is a number of adequate benchmarks available to those wishing to enquire after NPFs performance with all constraints taken in. I mean the family of pension indices developed and maintained by the Moscow Exchange. They are daily calculated composite indices of stocks and bonds admitted to trading on the Exchange that can qualify as investment vehicles for OPS assets. The indices are designed to reflect three possible investment strategies based on asset classes: conservative, balanced and aggressive.

As far as the fund's 15 percent fee goes — the indignant voices seemed to omit from their indignant speeches two funny little details: 15 percent is the upper threshold, and the fee is calculated based on the investment returns earned, not the principal. The vitriolic voices persisted: "... half of the OPS monies are invested into bank deposits. Is not that a bit thick [for simply putting money into the bank? Surely anyone can do it]?" True, currently a lot of OPS funds sit in deposits, and it takes a brief look at the stock and debt market charts in 2014 to give one an idea, why. Or, perhaps, our little vitriolic friends know better ways to keep money safe in a falling market? Short-selling blue chips or gambling on forex? Finally, it is worth knowing, that beside making and/or keeping control over investments, NPF is doing lots of technical work related to keeping records of OPS accounts, posting new contributions and investment returns… all the way through till the customer reaches the pension age, and beyond, as long as pension payments continue.

Attitudes to and judgements of the funded component of the Russian pension system may differ, but the least we could do is treat NPFs fairly: they have been staunch soldiers over these 10 years and put in some honest work.

Putin and Shoigu's outings into the Siberian wilderness have become a regular fixture.