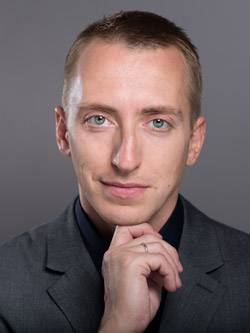 It would perhaps not be too strong a metaphor to say that the pension market flatlined numerous times this year. No wonder — after a record-breaking year in 2013 it was practically machine-gunned, like in a popular tune. Bang! Bang!

Bang! Out of the record 15.9 million requests (cf. 8.8 million in 2012) for transfer of OPS accounts from PFR to NPFs, close to 9 million were rejected for "technical" reasons. A tad too much, isn't it, when one starts to think about how heavily regulated those requests are?

Bang! For most of those requests that were satisfied, both accounts and respective cash pots remained hanging in the air: they are formally no more at PFR, but have not reached NPFs either. The funds wishing to handle OPS accounts need to get transformed into joint-stock companies and receive a CBR's clearance to join the national pension accumulations insurance framework.

Bang! Contributions for H2 2013 to OPS accounts residing in NPFs were frozen on the same grounds and for the same time.

Bang! Contributions for 2014 get nationalized. The government officials vigorously object to this term, saying that the contributions are recorded in each individual account as special pension rights. But if it looks like nationalisation and barks like nationalization, perhaps it is nationalization? Money is money, even in a mandatory pension accumulations account — you can choose an asset manager, you will get paid out of this pot when you reach pensionable age. With pension rights, however, you remain hostage to the government's good will and budget well-being: today it has enough revenues to laudably adjust their value ahead of inflation and growing cost-of-living expenses, but who will vouchsafe for a bright tomorrow in 15 years? 20 years?

Bang! Transfer agency agreements are cancelled. A brief refresher: previously, non-state pension funds annually signed an agreement with PFR whereby they were authorized to accept OPS account transfer requests, identify account holders and confirm their signatures. Starting this year, one has to apply directly to PFR to file an account transfer request or, alternatively, have one's request notarized. The options are either time- or money-consuming. Seemingly a trifle, it undermines already scarce enthusiasm of those remaining with PFR and implicitly coerces them into waiving their OPS contributions in favor of the pay-as-you-go component (because to keep it, even at PFR, one has to file a request anyways). The figures speak volumes: as of July 1, 2014, a total of 0.393 million requests were filed against 2.2 million a year ago.

Bang! The 2015 contributions get nationalized, too.

Bang Bang! Some circles in the government launch a smear campaign, branding NPFs as inefficient and advocating a total dismantling of Pillar 2.

What is going on in the pension sector?

According to the standing requirements, the funds wishing to continue OPS operations are required to become joint-stock companies and get a clearance from the CBR for joining the national pension accumulations framework. As going joint-stock presumes a greater transparency and disclosure of the ultimate beneficiaries, some funds chose to spin-off their OPS businesses and some to sell them altogether. This increased the overall number of NPFs and gave a boost to M&A activities.

What is going to happen to the private pension industry?

In a conservative scenario, if the so-called moratorium on OPS contributions is not extended beyond 2015, the funds will be left managing whatever accounts they have signed, accruing contributions from 2016 onwards. The customer base will be fixed at the EOY 2015 level at about 30 million while the contributions will be increasing as the taxable salary threshold is raised annually. For reference, in 2014 NPFs might have got, but for the moratorium, a snug little pot of RUB 263 billion, and about RUB 310 billion more in 2015.

In the worst-case scenario of a perennial freeze for OPS contributions, the funds will be managing whatever OPS assets they had formed by EOY 2013, the suspended 2013 piggyback due to be returned to them in early 2015.

First batch of OPS customers' mass retirement is due in 2022, so the funds will have some relatively quiet time until then.

In any case, the pension market will never be the same again; OPS that has been its major driver in the recent years will have to give way to something else — perhaps, to corporate pension programs, perhaps, to (quasi) voluntary individual pension plans.

OPS — the funded component of the Russian pension system, open for those born in 1967 and younger

CBR — The Central Bank of the Russian Federation, since recently the mega-regulator for the financial sector, pension funds included

The top-secret planes are designed to protect the Russian president and other top officials in the event of a nuclear war.
on the podium

The ROC has snapped up 12 medals after three days of competition.
off-limits

The blocked sites include the jailed Kremlin critic's personal website as well as those of lawyer Lyubov Sobol and Navalny's regional network.
pay the toll

Russia will likely pay more taxes to the EU than any other country, RBC cited its calculations as saying.