In the year that Alina Saprykina has been director of the Museum of Moscow, the Proviantsky warehouses, where the museum is located, have become a part of the city's cultural landscape. Not because of exhibits but because of the new documentary film center and the inner courtyard that has played host to a number of festivals. The museum itself is sleepy and dusty.

Q: You were appointed as director a year ago now. Several other museums in Moscow also replaced their directors with those with no experience working in a museum. Has a lack of experience hindered you at all?

A: I'd never worked in a museum but I used to work alongside museums like Artplay and Garage quite frequently. They were joint projects with both Russian and Western museums. From that I gained not only contacts and experience, but also a knowledge and the opportunity to compare how museums are run here and abroad. And also probably a desire to change how museums are run and do it better. My ambition is to create the perfect museum.

Q: How can is it possible to turn a backwater museum into a perfect one?

A: The Museum of Moscow has the ideal foundations to do this. It has a rich history, colossal funding and a unique space. The museum relocated to the Proviantsky warehouses in 2011, but prior to that it had accumulated 117 years worth of collections, knowledge and experience as well as developing a wide range of functions. Now there's every opportunity of turning it into a museum worthy of Moscow. It strikes me that I now have a wonderful opportunity to create something that is both grandiose and meaningful.

Q: Your permanent exhibition is ancient, vintage even.

A: The permanent exhibit was constructed 20 years ago and was transported to a new site without any changes. Looking at it now you can see how much the museum has changed and what it is becoming. By 2017, the jubilee of the city, we should be unveiling a new exhibit on the history of the city, from ancient times until the present; we want to erect a huge two-floor pavilion that extends out onto Zubovsky Bulvar. It's important for us, as it will hopefully attract well-known museum designers of international acclaim. A museum should consider its resources and should approach problems rationally. If we lack funding, then we will solve the problem by looking for financial partners. A museum of our sort is an advertisement for Moscow and should therefore be befitting of the city — we hope that the city will help us too. 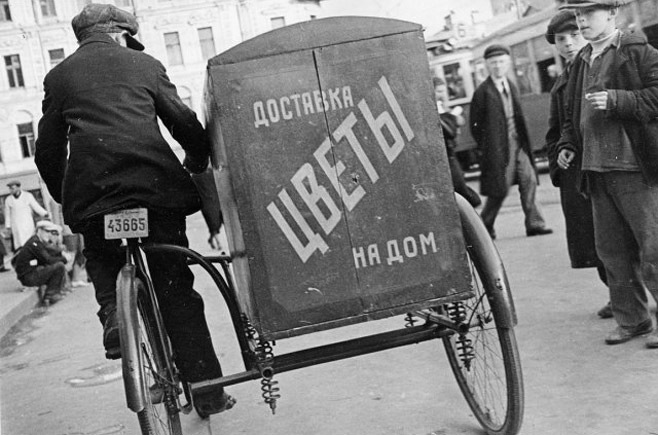 One of the thousands of photos of old Moscow in the museum's collection.

Q: Is your budget sufficient to enable you to exhibit nearly 1,000 years worth of the city's history?

A: The museum opened in 1896, and was originally commissioned by the Moscow City Duma as a museum for the city's communal agriculture. At that time, Moscow used to display its exhibition in Nizhny Novgorod at the All Russian Exhibition. The exhibit was so grand that it was decided to create a museum on the basis of its success. After all at the end of the 19th century, Moscow was in many regards quite an advanced city. The museum was opened in one of the Krestovsky Water Towers, and shortly afterwards some rather seismic changes occurred — the city began to change and so too did the museum, together with its name and content. When it opened in the Sukharevsky tower, the museum was completely reconstructed to reflect the development of the city.

Q: And they tore down the tower because of this reconstruction.

A: Primarily, yes. Our collection is very interesting and is hugely diverse: archeological research, marketing, maps, plans, engravings, photographs, documents, film reels, artwork. sculpture, rare books, clothing, rifles etc. We collate some very varied material. Such breadth gives us the freedom to be selective in constructing our permanent display. Modern technology allows us to supplement the exhibits with multimedia devices, which can make computer reconstructions, take films and generally compensate in places where there might be a lack of physical material.

Q: Is there a danger that physical artifacts often get lost amongst all the multimedia?

A: Our philosophy is that a museum should first and foremost display a significant part of its full collection, and then added to that we have two rooms for non-permanent displays. The balance between the permanent and the temporary exhibitions, is about 50/50, a ratio that ensures that the museum has a high traffic of ideas and articles, and allows us to organize many varied events.

Q: Nonetheless, what exactly will the museum be showing? Or will it show everything?

A: Everything, at least everything linked with Moscow. A modern, metropolitan museum should be a multi-functioning centre, which constantly strives to investigate all aspects of Muscovite life, be that architecture, fashion, art, cinema, souvenirs, local culinary fairs, subculture, and people and their relationship with one another. Our job is to make a museum that a modern audience will find interesting.

Q: Is the modern man more interested in the contemporary world than in the past?

A: He is interested by the explanation as to why today's world is as it is, how we have arrived at modern Moscow, the city's progression and his place in it. Our exhibits department has been experimenting a lot lately — it's sort of become a laboratory! Our main aim is to bring together the past and the present. It's important both for the construction of a new permanent exhibition and in order to become a popular museum. We want the Museum of Moscow to become the best city museum in the world.