Africans representing 40 countries are expected to come together for Moscow's "Afrofest 2014," an annual celebration of the continent's food, films, games and dancing, at the Bauman Garden on Saturday and Sunday.

"Russians don't know what Africa is," said Serge Phocas Odunlami, president of the House of Africa organization that is hosting the festival. He said he hoped that the occasion would serve as a "bridge" between Russian and African cultures.

One exciting aspect of the festival is a rich program of master classes that include traditional dance such as the romantic Kizomba and spirited Kuduro, both of which originated in the Southern African country of Angola.

Visitors can try traditional food from many different countries and watch a series of documentaries and films about the continent. Anyone can also take part in the popular African strategy game "Awale," one of the oldest of its kind, in which players sit around a board and attempt to capture as many of each other's seeds as possible.

Visitors will also be treated to a fashion show with African designers and a performance of traditional songs and dances by the Cac Oshala troupe from the West African country of Benin.

"Russians need to know what is not said about Africa," Dr. Jeanne d'Arc Mujawamariya, ambassador of the East African country of Rwanda, said in a telephone interview.

She sees the festival as an important opportunity to show off her country and to "change attitudes" toward a continent that is often exoticized. Russians often pander to stereotypes and "portray Africa in the jungle," she said.

Russia's ties with Africa have traditionally been rooted in education, said Benin's ambassador Gabriel Kochofa, who pointed out that many eminent Africans, such as Angolan President Jose Eduardo dos Santos, received an education in the Soviet Union. Kochofa himself came to the Soviet Union in 1981 to study banking. 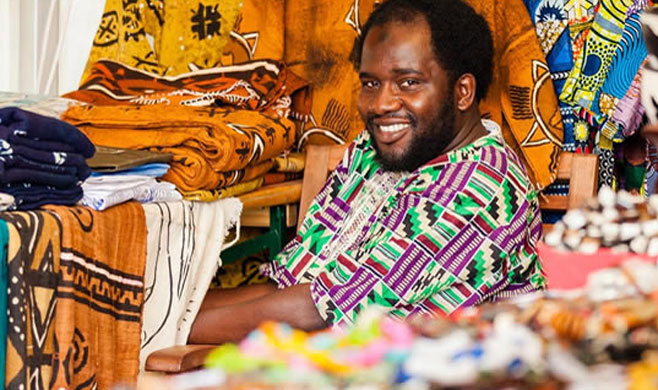 The annual, two-day festival is the city's biggest celebration of Africa.

Fewer African students come to study in Russia today due to cost factors and worries about safety after the spate of racially motivated attacks in recent years, Kochofa said, although he praised the current Russian government for its efforts to reduce the frequency of such incidents.

Mujawamariya, along with representatives of more than 40 African nations, will join her diplomatic colleagues at the festival's expo to showcase their countries so that "Russians will learn about what Africa can produce." This will include African handicrafts, jewelry and decorative objects that will be sold at the fair.

These form an important part of African national identity, Mujawamariya said. Some of Rwanda's specialties on offer will include "coffee, tea, bags and spices."

Aside from hopes for a rise in tourism, an increase in interest from investors is also on the agenda.

"What we expect from the festival is to get more orders from Russia," said Mujawamariya, who would like to see "improvement in other areas such as trade, commerce, education and agriculture."

The current political tension between Russia and the West, recently illustrated by Russia's embargo on food imports from Europe and the U.S., is a factor that could lead to potential developments in African-Russian relations.

When asked about the future of Russian trade with Africa, Odunlami's response was positive: "Why not? Russia can start to think about working with Africa."