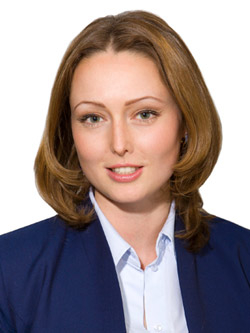 On June 23, 2014, Federal Law No. 171-FZ "on amending the Land Code of the Russian Federation and certain items of the legislation of the Russian Federation" was adopted. It has substantially amended and added to the current regulation of land law relationships. Because the amendments are so extensive, the date from when the law will apply has been put back to March 1, 2015.

The Ministry of Economic Development and Trade developed the draft of the law at the behest of the president himself. It also puts in place measures contained in the so-called roadmap of measures in the area of town-planning and construction, which was approved by Directive No. 1336-r of the Russian Government dated July 29, 2013. The objective of the roadmap was to refine the legal regulation of town-planning and improve the entrepreneurial climate in construction, in particular by cutting down administrative obstacles.

A measure of how successfully the roadmap has been implemented will be whether Russia moves up the World Bank's "Doing Business" ratings in the area of "obtaining a construction permit." The roadmap envisages that by 2018 Russia should be in 34th place or higher in the ratings; currently, it languishes in 178th.

The most serious changes that may affect the construction industry relate to the clarification of the regime for state-owned and municipally owned land plots to be granted to developers for construction purposes. 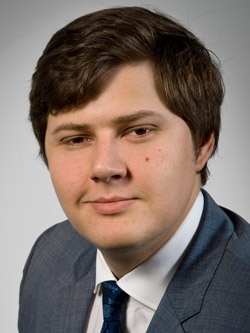 Among other things, tenders have been ruled out as a form of competitive bidding procedure, as has the prior consent procedure for the location of a facility. Thus, an auction, carried out by electronic means, is the form of competitive bidding that takes priority when land plots are granted. Undoubtedly, this makes it simpler to take part in bidding processes and causes the actual procedure under which the land plots are granted to be more transparent.

One of the key new aspects is that a right has been enacted for any interested party to initiate similar competitive bidding procedures regarding a defined land plot. This expands the opportunities of investors to become directly involved in selecting land plots for construction purposes.

The law states that the land plots for which the main type of permitted use is construction may solely be granted by way of a lease.

Among other things introduced by the law, the maximum time periods of a lease are enacted for various situations. When land plots are granted under a lease for the purposes of constructing or reconstructing buildings and structures, the lease runs for between three and 10 years. In addition, the maximum period for which a lease for the construction of linear facilities may run is 10 years. The above maximum lease periods are set with respect to 17 types of lease agreements.

A major new development is that the legislation now makes it possible for a facility still under construction to be disposed of when it is located on a plot that was granted for construction purposes; this can be done once the lease agreement for the land plot in question has been terminated. It is established that, should a lease agreement for the land plot be terminated, a facility that is still under construction may be seized from a developer according to a decision of a court (based on a claim from the state executive authority that took the decision to grant the land plot); it may then be sold at a public auction.

However, it is stated that such a claim will not be upheld if the developer manages to demonstrate that it failed to meet the construction deadline as a result of acts or omissions of the executive state authority. The law amends both the Russian Land Code and the Russian Civil Code accordingly.

In addition to the above, the law as a whole also clarifies the grounds on which the ownership of and leases of land plots may be granted both for payment and free of charge. It sets out exhaustive lists of these grounds.

It is also striking that the legislation has excluded an existing tenant's preferential right to enter into a lease agreement for a new time period in relation to the land plot being leased. The procedure for renewing a lease agreement has changed: a list has been established of the grounds on which a lease agreement may, when it expires, be entered into for a new period without auctions being held. These include the following conditions:

• third parties do not have an exclusive right to acquire the land plot;

• the lease agreement entered into previously was not terminated ahead of time;

• at the date when the new lease agreement is entered into, there are grounds for the land plot to be granted without auctions being held, such as: (i) it is granted under a specific decision of the Russian president or the government, or of a senior official of a constituent entity, in the case of large-scale social and investment projects; (ii) it is granted so that facilities may be located that ensure the supply of gas, electricity, heating and water to legal entities; (iii) plots on which buildings or structures are located are granted to the owners of those facilities; and others (there are 32 specific grounds in total).

What new mechanisms does the new law provide for that restrict the use of land plots?

First, it should be noted that a serious reform has taken place of mechanisms restricting the use of state-owned or municipally owned land plots.

In particular, specific grounds are set for easements to be established granting rights of way or other rights over land, and these include: (i) linear infrastructure, communications structures, information signs and protective structures are being located, and these do not prevent the permitted use of the land plot; (ii) survey work is being carried out, and (iii) work is being performed that relates to use of mineral resources. An exhaustive list is enacted of the grounds on which a state executive authority may refuse to enter into an agreement to establish an easement in relation to state-owned or municipally owned land plots (for example, if it would be impossible to use the land plot in accordance with its permitted use should the easement be established).

Moreover, if an easement is established over a part of a land plot, it is permissible for this easement to be established without cadastral registration of that part being put in place. The borders within which an easement applies will be determined in accordance with the chart of the borders of the easement on a cadastral plan of the territory.

Another new development is that a land plot may be used with the permission of an authorised body in certain cases (without a land plot being granted or being encumbered by an easement): An exhaustive list is established of the grounds on which this type of use is possible:

• Constructing temporary or support structures, storing construction and other materials as well as technical equipment to make construction possible, and reconstructing linear infrastructure;

• Performing a geological study of the subsurface;

• Placing movable retail facilities and advertising structures as well as other facilities.

On the one hand, we believe that the law as adopted contains new mechanisms that should lead to a clear and transparent procedure being created for land plots to be granted.

On the other hand, it contains enough areas that have not been properly worked through to lead to difficulties when it is applied in practice.

As an example, we consider that further work is needed in the area of disposing of a facility that is still being constructed through a public auction because the term of the lease of the underlying land plot has expired.

There are also questions over the possibility of establishing an easement encumbering a land plot without cadastral work being carried out. After all, this type of mechanism may also infringe a right holder's interests.

Thanks to the large number of changes, it was inevitable that there would be points that still needed further work. We believe that this will happen over time, while interpretations will eventually evolve in court practice to give greater clarity.