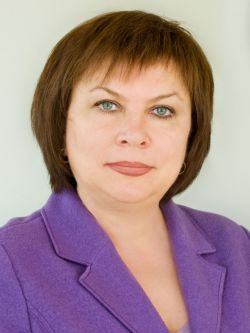 With the adoption of Federal Law No. 35-FZ dated March 12, 2014, amending parts one, two and four of the Civil Code, other items of Russian legislation, the legal regulation of trade names continues to be developed. To some extent, the changes represent an improvement.

Priority right. An addition has been made to Article 1252(6) of the Civil Code in line with the general concept for regulating means of identification and industrial designs as well as to clarify the balance between rights to different means of identification. When the law defines the terms for a priority to arise, it not only mentions the earlier date when an exclusive right was created (to trade names, commercial designations, generally known trademarks and appellations of origin, for example), it also points to the priority previously in effect: convention or exhibition priority, applicable, for example, to trademarks, service marks and industrial designs. As a sanction with adverse consequences if a right holder is in violation, the law allows a claim to be made to have a patent for an industrial design invalidated.

Criteria for protectability. Changes have also been made to the conditions (criteria) for trade names to benefit from legal protection. In line with the general concept mentioned above, legislators have repealed Article 1473(4)(3) of the Civil Code, which prohibited full or abbreviated names of international or intergovernmental organizations from being included in a legal entity's trade name. Federal Law No. 35-FZ dated March 12, 2014 includes the corresponding provision in the new version of Article 1231 of the Civil Code.

How Clause 2 of this article applies to trade names is an interesting question. It is well known that Article 1473 of the Civil Code does not refer to any elements of a trade name which are not protected. Clearly, since Article 1231 of the Civil Code is general in nature, the provisions of this article will be applied to determine whether certain trade names are protectable, particularly those which include official symbols, names and distinguishing marks. As for the other names which are specified in Article 1473(4) of the Civil Code, the law does make it possible for an element to be classified as not protected.

In our opinion, it is somewhat unjust to restrict the number of forms of a trade name to one in a foreign language and one in a language of the peoples of the Russian Federation. A legal entity may expand its interests not only in terms of scope, but also geography. This may include another region of Russia where the language of a different people of the Russian Federation is widely used (as compared to the language in which the right holder already has an actively used trade name). It may equally include another country with a different official language or one commonly used in business activities.

Exclusive right to a trade name.

The aim of this new provision is to plug the gap in the legal regulation when a legal entity's actions can be regarded as resulting in a violation of another party's right to a trade name. The current version of this regulation stipulates that the violating party must stop using its trade name for any activities of a similar type to the right holder's. However, this regulation is silent on what the legal entity should do if all its activities are the same as those of the right holder. The recent addition to the law provides an answer. But what designation should a legal entity use in its business if some types of its activities mirror activities of the holder of the right to the "senior" trade name while another part, which may be even more significant, has nothing in common with the activities of that right holder? According to the law, the "junior" right holder may not have two trade names, the short form of its trade name is likely to be confusingly similar to the "senior" trade name, and the legal entity may not yet have a trademark to identify its goods, work or services.

Trade name and trademark. Another important development is the rule in Article 1483(8) of the Civil Code. This is aimed at preventing (or putting a stop to) conflicts between trade names and trademarks. This regulation stipulates that "with regard to homogeneous goods no designations may be registered as trademarks which are identical or confusingly similar to a trade name or trademark which is protected in the Russian Federation (or any elements of such a trade name or trademark) <...>, the rights to which arose in the Russian Federation for other parties before the priority date of the trademark that is being registered."

This is the rule that the expert board of a federal executive intellectual property authority follows when it notifies applicants that designations they have submitted may not be legally protected as trademarks because confusingly similar trade names already exist and enjoyed legal protection from an earlier date. When doing so, the expert board uses the types of activity which are listed in the unified state register of legal entities (the Register) and does not analyze whether the right holder actually performs activities of this type (and, in line with the substance of this regulation, this should not be analyzed). However, such an approach differs from the one set out in Article 1252(6) of the Civil Code.

This appears rather unjust for the trademark applicant. We believe it is highly unlikely that the applicant will be able to somehow prove to the expert board that the right holder of the trade name does not perform all the types of activity specified in the Register. The application for the designation to enjoy legal protection is very likely to be denied and nor will challenging the decision of the expert board bring any favorable results.

We believe that this situation, as well as certain other aspects of relationships regarding trade names, will become better regulated once legislation dealing with exclusive rights to means of identification has been further refined.