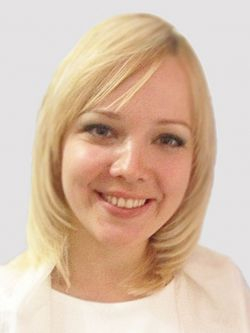 The amendments affect both the conceptual framework and the practical aspects of the Law. The amendments can be regarded as largely positive.

An AEO is a legal entity incorporated under the law of a member state of the Customs Union that meets certain requirements and has been entered in a special register. Under the current legislation, a wide range of entities — from manufacturers, importers, exporters, customs brokers, customs carriers, intermediaries, distributors, to other persons involved in one way or another with foreign economic activities — are eligible for this favorable status. The amendments made to the law with respect to the concept of AEO unify the advantages that AEO status gives to manufacturers and other kinds of entity (retailers, service providers).

The customs authorities assign AEO status to legal entities by entering them into the Register of Authorized Economic Operators. One of the conditions for admission to the Register is the provision of a minimum 1 million euros security deposit for customs payments (50,000 euros for manufacturing companies and exporters). The AEO also enters into an agreement with customs authorities establishing the method and procedure by which they will work together, and receives the right to use certain simplified customs procedures.

Practical amendments include, in particular, the following:

• The time needed for the release of goods has been specified and shortened;

• The ability to release goods before filing a declaration without calculating the security deposit for each shipment of goods has been established;

• Unnecessary documents have been removed from the list of documents required for registration of an AEO (for example, information on the organizational structure of the company and its founders, members of the board of directors, foreign counterparties);

• Security for the payment of customs charges may be provided either when the company files documents, or once the customs authorities have verified the documents and decided to enter the company in the register of AEOs (within 60 calendar days of the preliminary decision on compliance with registration conditions being met);

• The customs authority does not have the right to revoke an AEO's certificate until fines incurred for administrative violations exceed 3% of the total customs payments paid by the company in the said period.

Notably, most of the amendments to the law with respect to improving the institution of authorized economic operator are consistent with the corresponding road map approved by the government and drawn up in consideration of the wishes of the business community.

The changes to the AEO regulations described above are not final. The Eurasian Economic Commission has drafted an "improved" AEO concept, which is included in the draft Customs Code of the Eurasian Economic Union currently being agreed. The improved concept makes a number of substantive changes to the existing one. For example, financial stability and security (reliability) requirements are planned for companies wishing to obtain AEO status, including for the purpose of minimizing the application of risk management systems with respect to such companies. However, it is too early to comment on this concept, given that the Customs Code of the Eurasian Economic Union has yet to be approved.

More than 100 companies have already been entered in the Russian Register of Authorized Economic Operators.

AEO status allows use of the following simplified procedures:

• Processing and completion of goods delivery to the AEO's warehouse;

• Temporary storage of foreign goods in the AEO's warehouse;

• Release of goods before filing of the customs declaration, and others.

Other benefits for AEOs include: exemption from standard risk profiling with respect to imported products (which results in fewer customs inspections); a reputation as a good faith participant in foreign economic activity, and others.

The expert opinion is that highly favorable conditions have been created for companies that are considering obtaining AEO status to implement their plans. However, should the improved concept enter into force, it will become much harder for applicants to obtain AEO status.