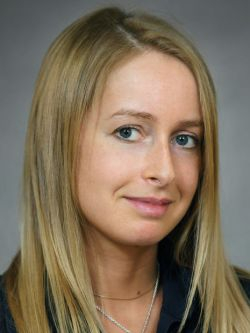 On May 5, 2014, the President signed Federal Law No. 116-FZ on Amendments to Certain Legislative Acts of the Russian Federation regulating leased labor. The corresponding draft law went through its first reading in the State Duma as far back as May 2011, and many had thought it was dormant, but in 2014 the draft came back to life, passing second and third readings and receiving approval of the Federation Council in April, before being signed by the president in May.

The law adds articles to the Labor Code expressly prohibiting leased labor, which is defined as "work carried out by a worker at the instruction of his/her employer in the interests and under the direction and supervision of an individual or legal entity that is not the employer of the said worker." However, the law permits the temporary supply of workers to another person under a staff supply agreement (albeit subject to a number of conditions).

First, only certain employers are able to supply their employees to other persons for "temporary use". Only two categories of employers are permitted to supply staff: private employment agencies holding special accreditation or legal entities affiliated with the host company using the temporary staff (the regulation of temporary staff supplied by affiliates will be governed by a separate federal law that has yet to be drafted and adopted).

Among the provisions worth noting, a private employment agency has the right to conclude an employment contract with an employee, with the aim of subsequently supplying said employee to another entity, exclusively in certain cases which are strictly defined by law. Temporary staff can be supplied to a legal entity as substitutes for absent employees, or to perform work relating to a temporary (not more than nine months) expansion of production or services.

What course of action is open to a company that wishes to use supply staff for reasons not related to substituting absent workers or temporary increases in capacity — simply because it appears to be more economical to do so? If the company does not plan to use an affiliate (that will "temporarily supply" workers) for this purpose (and any plans in this respect can only be made once the relevant federal law is adopted), then the only solution will be to use a private employment agency, which can supply staff from categories such as students, single mothers, parents of multiple children, and former convicts. However, although these categories of employees could be of interest to certain clients for their labor needs, they are unlikely to satisfy the currently large demand from the entire supply staff market.

Another open question is the maximum period for which staff can be supplied. The law repeatedly emphasizes that staff supply can only be temporary, however, a maximum duration (nine months) is only indicated in certain cases.

According to the law, a private employment agency supplying an employee to a host company must enter into an addendum to the employee's employment contract governing the work for the host company, and make the relevant entry in the employee's labor book (the law does not provide specific language for such entries). These legal requirements will obviously cause difficulties for agencies supplying staff for short periods, such as several days, which is a fairly common occurrence.

The law establishes that the host company has subsidiary (additional) liability for the obligations of the employer arising from its employment relations with the workers, including for obligations to pay salary.

The law enters into force on Jan. 1, 2016. Nevertheless, companies which widely resort to leased labour structures are already seriously considering how to modify these structures in order to bring them into compliance with the law, or abandon altogether such structures and search for more effective alternatives.