At the opening of his exhibition "The Night Porter" at Moscow's Multimedia Art Museum, photographer Chris Shaw said he had little interest in seeing the historic center of Moscow.

"What I like to do," Shaw said, "is get on the metro and ride it to the station at the end of a line. That's where I get out and take photos."

This idea of exploring boundaries is ever-present in the two series that make up the collection of his work now on display at MAMM. One, called the "Weeds of Wallasey," was compiled from photographs taken on return visits to his native Liverpool between 2005 and 2012, and is Shaw's attempt to explore the horizons of memory and urbanization.

"I photographed the Wirral landscape I grew up in," he said. "There is always a certain melancholy involved in going back home, and I was trying to capture that feeling."

The exhibition as a whole takes its title from the other series represented at MAMM. "The Night Porter" documents the 10-year period Shaw spent working as a night porter in "about 10 different hotels" in London. Here, it is the remote hours of the night that are his destination and point of departure. 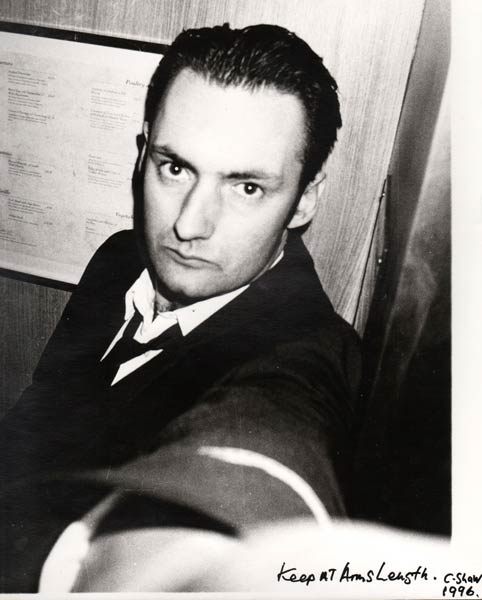 "I was working long, 12-hour shifts, and I started taking photographs to relieve the boredom, to keep myself awake," he said.

The result is a candid survey of late-night encounters, photos that take as their subject both fellow employees and hotel visitors. In one, an exhausted colleague naps on a divan in a lobby. In another, an anonymous locked-out guest wanders unclothed along a hallway. In yet another, Norman Wisdom consents to position himself behind a hotel desk in a mock role-reversal.

Shaw admits that the use of black and white "automatically makes them seem from longer ago," but it is as much the spare construction of the photos that seems to suggest that they are images recovered from somewhere distant, even the self-portrait that he wryly suggests is "the first selfie, taken before there were mobile phones with cameras." That photo, taken only in 1996, tracks the elusiveness of concepts like near and far in keeping with all the others.

"Chris Shaw: The Night Porter" is on display at the Multimedia Art Museum, Ostozhenka 16, until June 8.