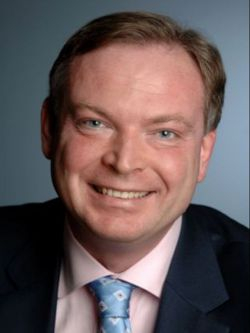 According to publicly available information, the final draft of the agreement on the Eurasian Economic Union (EAEU) should be ready for signature by May 2014. Actual entry into force of the Agreement and, therefore the birth of the EAEU is scheduled for Jan. 1, 2015. In its current state the draft Agreement comprises nearly 100 articles of the main text accompanied by over 30 Annexes that would codify and amend various international agreements founding the Customs Union of Russia, Kazakhstan and Belarus (CU) and Common Economic Space (CES).

While the current draft appears to be silent on details of judicial authorities of the EAEU, it is quite evident that the new Court of the EAEU (Union Court) will soon be in charge of dispute resolution and interpretation of the legal order within the CU/CES and EAEU itself. In this regard the new court would take on the duties of the Court of the Eurasian Economic Community (EurAsEC Court) residing in Minsk (Belarus) since 2012.

While there is uncertainty on identities of judges and the secretariats of both courts, the Union Court would implicitly build upon practice and precedents already developed by the EurAsEC Court. Available drafts of the Protocol on functionality of the Union Court do not address many existing procedural shortcomings, while demonstrating clear intentions to limit considerably competencies and procedural independence of the new court. It appears that this approach is in line with on-going general discussions on the actual level of sovereignty to be transferred by various national authorities to the EAEU. 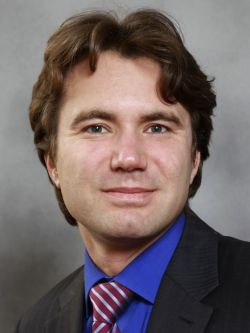 The above limitations are particularly evident as far as private complaints challenging activities of the EAEU institutions are at stake. For example, as opposed to current practices of the EurAsEC Court, expected changes would affect powers of judges to investigate a case beyond actual claims of the parties, as well as certain facts gathering authority and procedures. New rules may also allow advanced interventions of national authorities in virtually any case. Decision making powers of the new court might be also considerably affected. For instance, the Union Court could be able to issue only prospective rulings that would partially or fully repeal respective decisions and actions of the Eurasian Economic Commission (EEC) only from the date of entry into force of court's decisions. Under the current order the EurAsEc Court was allowed to rule that contested EEC decisions were null and void directly from the date of their entry into force.

Another legal novelty would have a tremendous effect on cases where CU trade defense instruments are at stake (about 25 percent of all cases in the EurAsEC Court). In this regard, anti-dumping, countervailing or safeguards measures that are found to be illegal by the Union Court would continue to apply in full regardless the court decision. The EEC would just need to implement judgements, including by amending contested measures accordingly, within the 60 day period. Considering that majority of breaches by the investigating authorities within trade defence investigations are of procedural nature, in most cases the EEC would be able to amend the measures without significant or even any changes in their actual effects on imports. This amendment appears not to be balanced by an increase in standards on the investigating authorities regarding due care and sound administration of trade defence investigations. As a result, this would considerably diminish practical value of court proceedings for complainants and add to the existing wide discretion of the EEC. In this regard the Union Court would also lose its "pre-WTO" dispute resolution function.

To conclude, currently envisaged changes in regulations of the principal judicial body of the CU, CES and future EAEU may undermine efficiency and value of the future Union Court within continuing integration processes in Eurasia. Even in mid-term this may impair the overall integration process, which should be built upon a strong, balanced and impartial judicial authority. In this regard, the future of the Union Court as an honourable analogue of the Courts of the European Union is endangered.

Nevertheless, there is still an opportunity for the current and future judges to prove that the above concerns are not warranted. This goal may only be reached through every day adherence to the highest standards of professionalism and independence, regardless of current pressures and uncertainties.