It is almost Easter Sunday, ladies and gentlemen — I hope you're ready to celebrate! The weather seems to be on our side and it is getting warmer each day. That is great news in my book, because I don't know about you, but I was sick and tired of the dark, gloomy winter days. Now, when most of us leave work, it is still light outside and that is definitely a win. It also means, of course, that we are steadily moving towards the great live music season that this summer promises to be, with more and more fantastic concerts happening each week. Let's see what this weekend has in store for us!

Friday has two pretty great gigs lined up, depending on what you're after. If it's classic rock, then Project Rockstar is what you need to see, because it's a pretty unique band formed by rock legends from AC/DC, Alice Cooper, Guns 'n' Roses, Ozzy Osbourne and others. This league of extraordinary gentlemen decided to get together and perform some of their greatest hits, and if you know your rock, you know you cannot miss this. Project Rockstar toured Russia last year with tremendous success, and organizers promise this year's show will be bigger and better than anything they've done before, so get your tickets while you still can! The concert takes place at the Izvestia concert hall this Friday at 8 p.m., and tickets start at 1,200 rubles.

And if you're looking for something a bit more fresh in terms of sound, you need to go check out MC Xander at 16 Tons. He is a world-famous British musician and producer, known for creating a unique sound using only his voice and a loopstation, which layers his vocals. MC Xander's music references dancehall, reggae, dubstep, drum and bass and hip-hop but more broadly fits into the electronica and IDM genres, but the man himself describes his sound as "progressive dancehall."

This time around, he will be presenting his latest record, called "Songs of Agnosis," and it is definitely worth checking out. MC Xander will be taking over 16 Tons this Friday at midnight, so get ready for a breakbeat ball, Cinderellas. 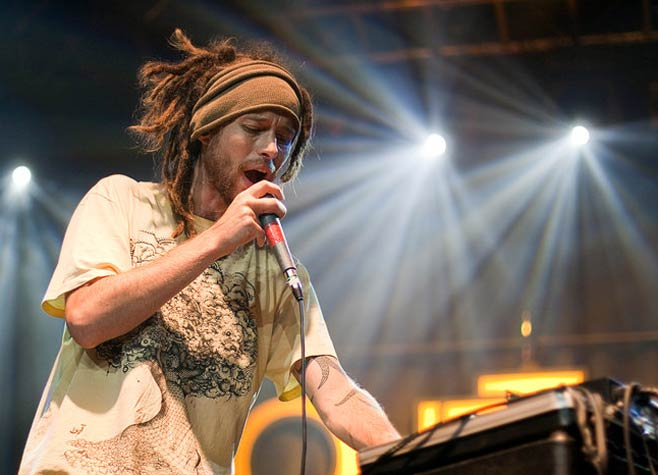 Saturday has plenty to offer to the city's club-goers, as always. Icon on Red October is hosting AliMania — a house all-nighter featuring DJ Saeed Ali from the Netherlands, and Solyanka is opening its stage up to Marissa Campbell, better known as DJ Cooly G who will move Moscow's electronic fans with her quirky mix of funky house, garage and a touch of deep house.

And if you are feeling somewhat nostalgic and wish you were back in the 1990s — well, for one night, you can be!  The Olimpiisky Sports Complex is throwing a "Back to the '90s" party, with artists that were huge in this country back then. Haddaway, Rednex and Real 2 Reel are just a few of the names on the list, so dust off your parachute pants and plaid miniskirts and go have a blast.

But if you were looking to travel further back in time, say, to the 1960s, you also can, because the Cavern Beatles are coming to town.

Now, if you know your Beatles trivia, you also know the famous Liverpool Four performed at the Cavern Club in 1961 — their first concert, with nearly 300 more to follow. And 50 years later, a tribute band played the very same stage and were officially endorsed by the Cavern. The four members of the new band wanted to continue performing the tracks that affected generations all over the globe, and they have been doing a great job. Here's a bit of fan trivia for you: the Cavern Beatles not only dress in '60s fashion, they also use original instruments from the time.

The guys put on an incredible show that captures the historic rise of the Beatles — from their early days to the legendary Saville Row rooftop concert, so go check them out! They'll be at the Moscow International House of Music this Saturday, and the gig starts at 7 p.m.

And seeing as it's Easter Sunday, I thought you'd want to spend the day with family or friends instead of checking out live shows. Whatever you do get up to this weekend, just make sure you have a great time, and I'll catch you here next week!

For Yekaterinburg artist Yelena Kadyrova, drawing a line in the sand is her life's work.
swan lake

St. Petersburg Ballerina Dances on Ice to Save Local Beach

Ilmira Bagautdinova is one of thousands speaking out against plans to construct a port terminal for grain shipments on Batareinaya Bay.
moving on

The director leaves the Gogol Theater — and theater in general — better than when he found them.
long read

Lebedev's novel is both a gripping thriller and an unflinching examination of Russia's past.