As President Vladimir Putin mobilizes soldiers on Russia's Ukrainian border and NATO threatens consequences for any interference in eastern Ukraine, the atmosphere of angry rhetoric and brinkmanship seems frighteningly similar to the imperial squabbles of the 19th century that led to the Crimean War.

While often thought of as a minor war, nearly 600,000 soldiers died between 1853 and 1856 in a largely inconclusive conflict that few of them understood.

The memoirs of William Howard Russell, a war correspondent who witnessed the Crimean War, were recently translated into Russian and published by Lenizdat, allowing Russians to refresh their collective memory on the war and see events through the eyes of a former enemy. Indeed, a read of Russell's memoirs offers many lessons for the modern reader.

As soldiers mobilize near Ukraine, the 19th-century Crimean War seems less and less like ancient history.

Any reader of the book will quickly recognize the similar circumstances between the Crimean War's causes and the situation today: While the immediate cause of the war was a dispute over control of Christian churches in the Ottoman Empire, the underlying cause was — like today in Ukraine — Russian expansion westward.

In the 1850s, Russia began to expand into the Balkans, taking territories from the moribund Ottoman Empire and threatening to reach the warm waters of the Mediterranean, which the British Empire considered to be its domain. Threatened by the Russian incursion, the British assembled an alliance with the French and Ottomans and faced off against the Russians, intent on preventing the Russians from breaking the balance of power.

The war, when it came, was almost accidental rather than a calculated move by any one party — as the Russians pushed into the Ottoman Empire, the British and French responded aggressively, sending warships into the traditionally Russian waters of the Black Sea, and the two sides' refusal to back down resulted in the inevitable collision.

The Crimean peninsula wound up being the small stage where the conflict played out with the allied army attempting to neutralize the Russian Black Sea Fleet by taking its base at Sevastopol. William Russell narrates the course of the war with the voice of a shrewd, pragmatic observer, not blinded by patriotic rhetoric. While many aspects of the war seem antiquated, some characteristics of the conflict certainly hold true in any war fought in the present day. 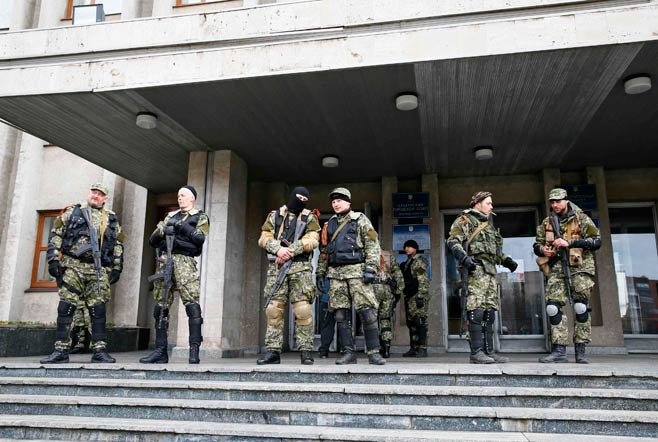 The Fog of War

In his memoirs, Russell recounts the surprise of the outbreak of war. First sent to Malta to cover British deployments there, he found himself in the thick of the action when war broke out and wound up following the British Army to Crimea without any equipment or even any real idea where he was going. The chaos that he depicts calls to mind the phenomenon of "the fog of war," a term thought up by German strategist Carl von Clausewitz to describe the situational uncertainty inherent in conducting a military campaign.

Russell shows the chaos and disorganization following the outbreak of war: The allied army is unwieldy and communicates poorly, and is dumped haphazardly on the shores of Crimea without equipment like stretchers to carry the wounded. The advance inland is painfully slow, while the Russian Army remains seemingly oblivious to the allied advance and fails to utilize an opportunity to push the allied army back into the sea.

The haphazard, blundering nature of the conflict characterizes even the major engagements of the campaign. At battles like Alma, Balaclava and Inkerman, opposing generals created elaborate strategies and sent organized masses of men at each other, yet the best-laid plans largely became irrelevant in the course of battle.

Russell was instrumental in recording the sad fate of the British Light Brigade, which provides one of the best examples of the fog of war. Led astray by an ambiguously worded order during the battle of Inkerman, the Light Brigade wound up charging straight into the teeth of Russian artillery, losing more than half their men.

The outcome of these battles can be characterized largely by chance, timing and a simple difference of equipment: Despite execrable leadership, the British triumphed over the Russians at Alma and Inkerman through their use of rifles against Russian soldiers armed with smoothbore muskets. The extra range provided by their rifled firearms allowed the British to shoot the Russians at a distance before they could even return fire.

Despite the best reconnaissance, the fog of war is unavoidable, even in the present day. With so many Russian, Ukrainian and, potentially, NATO soldiers wandering around in a small area, it is very difficult for any side to determine the course of events. A single wrong turn or accidental gunshot could trigger a disastrous chain of events. 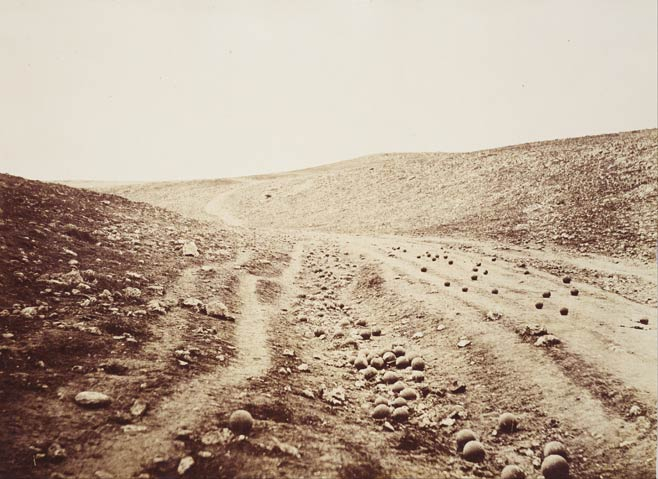 Russian cannonballs pockmark the barren landscape near Sevastopol in Roger Fenton's famed 1855 photograph "Valley of the Shadow of Death."

Both sides entered the Crimean War with lofty ideals, yet the start of the conflict quickly revealed the realities behind this rhetoric. The British and French, who said they wanted to support their Ottoman allies, largely scorned the Ottoman soldiers, treating them as subhuman laborers fit only for digging ditches.

On the Russian side, claims of protecting the rights of Orthodox Christians in the Holy Land were belied by the Russian Army's mad dash to seize as much territory as possible in Wallachia and Moldavia.

From the very beginning, Russell described the casualties of war, and his position as an independent journalist traveling with the army allowed him to bring the war home to civilians back in Britain in a way previously impossible.

At the start of the campaign, Russell depicted the Cossacks burning villages and fields as the allies advanced, leaving only scorched earth to deprive the enemy of supplies. As the British surrounded Sevastopol and settled into siege lines, they commandeered the buildings that remained standing, ejecting locals from their homes and depriving them of whatever supplies remained to feed their ravenous Army.

Despite the requisitioning of supplies from local civilians, both armies suffered extensively during the year-long siege of Sevastopol from hunger, disease and exposure to the cold. Neither side had anticipated a prolonged conflict, and common soldiers were ill-equipped for even the mild Crimean winter. While commanders were relatively comfortable in requisitioned headquarters, for the infantry out in the dank trenches surrounding the city, conditions were appalling.

In part as a result of poor equipment and wretched living conditions, disease was by far the biggest threat on both sides, with dysentery and cholera killing far more men than bullets. By the end of the war, the British had lost more than 16,000 men to disease, compared to only about 5,000 who died of combat injuries.

While military logistics and medical science have made great strides since the time of the Crimean War, one thing remains constant in modern warfare: Regardless of the causes of the conflict, rank-and-file soldiers and civilians are generally the ones who pay the price for the ambitions of their rulers and officers.