Ukrainian film distributor Inter-Film announced Tuesday that it would not release three Russian films into the Ukrainian market.

The Russian "Central Partnership" film company said that they had been informed that the films "Break Loose," "22 Minutes" and "Kitchen in Paris" would not be released in May despite prior agreements made with the Ukrainian distributor, Itar-Tass reported.

Inter-Film head Oleg Golovashkin wrote in an official release that the Ukrainian company had decided not to release the films "due to the political situation in the country, and also for moral and ethical reasons." Inter-Film holds about 5 percent of the Ukrainian film distribution market, Colta.ru reported.

Central Partnership explained why these particular films had been deemed unsuitable, saying that "Break Loose" depicted the life of Russian riot police, or OMON, while "22 Minutes" showed Russian sailors and soldiers fighting Somali pirates and "Kitchen in Paris" had the Russian president as one of its characters — all the films have some connection to the Russian military or politics.

"We are very disappointed in the current situation, as Ukrainian viewers will be unable to see films that would probably be very successful," Russian company Central Partnership wrote in a news release. "It is a pity that geopolitical questions affect these areas of our lives."

According to figures released by Central Partnership, Russian films earn about 10 percent of total film revenues in Ukraine, with the biggest hits earning $2.5 million to $3 million. 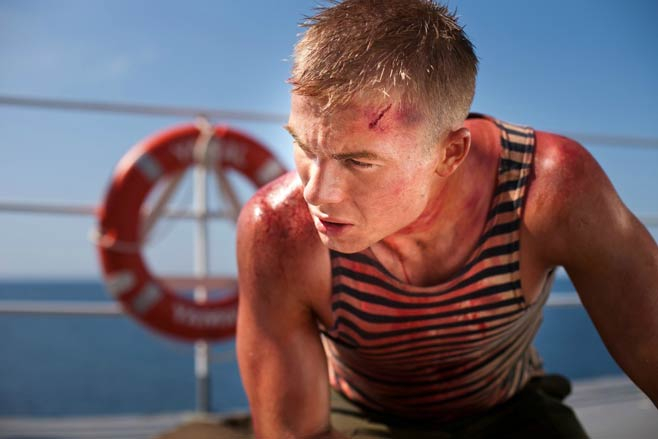 The new revelation from Inter-Film is not the only quarrel among distributors created by Ukrainian politics: In late March, major U.S. distributors announced that they would not allow their films to be shown in Crimea as they did not recognize its annexation by the Russian Federation.

Vladimir Miroshenko, director of the Shevchenko movie theater in Simferopol, explained the complex situation to Itar-Tass, saying that U.S. distributors would not allow Crimean cinemas to obtain the Russian versions of films as they did not recognize them as part of the Russian Federation.

Similarly, the cinemas are now unable to obtain the films from Ukrainian distributors, as the licenses held by Ukrainian companies are no longer recognized by the new Russian authorities in Crimea.

The annexation of Crimea has also complicated the production of "The Battle for Sevastopol," a World War II film that was intended to be co-produced by the culture ministries of Russia and Ukraine. Since Russia's advance into Crimea, Kiev's participation in the film seems to have been put on hold, though Ukrainian authorities have made no official statements regarding their future role in the production.