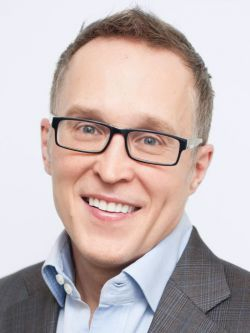 As from 1 July 2014, Russian law witnesses the creation of a new type of pledge — the judgment lien. The Russian Civil Code will allow unsecured creditors effectively to become pledgeholders by obtaining judgments against their debtors. The rules mirror to some extent analogous provisions of US law. However, they are not entirely clear in their operation. It remains to be seen how courts will enforce them in practice, especially in the context of insolvencies.

At present, a pledge under the Russian Civil Code ('RF CC') may only be created by contract or law.

A pledge created by contract is created by the mutual consent of a pledgor and a pledgee, whereby the former pledges, in a contract, certain collateral to the pledgee to secure the pledgor's (or a third party's) obligations to the pledgee.

By contrast, a pledge created by law (also called a statutory pledge, or zalog v silu zakona) may arise in certain specific situations and requires no pledge contract per se. Rather, it is created by virtue of statute. Examples include:

• a seller may become a statutory pledgee in relation to goods purchased from it on credit (Art. 488.1 RF CC);

• a mortgagee of land may become a statutory mortgagee in relation to buildings and other structures built thereon (Art. 65 RF Law on Mortgage); 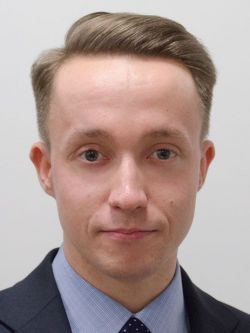 • a bank may become a statutory mortgagee in relation to certain immovable property purchased with a loan which it has provided (e.g., Arts. 64.1.1, 69.1, 77 RF Law on Mortgage); and

As from 1 July 2014, the RF CC will effectively include a new, third type of pledge — a judgment lien (or what might be termed a sudebny zalog). The new rules in some ways roughly mirror analogous US rules, which merit examination for comparative purposes.

The procedure for a judgment creditor properly to perfect a lien over property in the USA depends upon the type of property and applicable state law (there are fifty separate states in the USA). Generally, a judgment creditor can perfect a lien in the USA over immovable property by ‘docketing’ a money judgment with the clerk of the county where the debtor’s immovable property is located. For instance, under New York law, the act of ‘docketing’ a judgment, i.e., entry of the judgment under the debtor’s name in a set of alphabetized books or an entry on a block index (if one is maintained), makes the judgment a perfected lien. The creditor’s perfected lien extends to immovable property located in the county in which the judgment is docketed but may be extended by similar docketing in other counties.

The procedure to establish and perfect a judgment lien over movable property is more complex and varies from state to state. As a general rule, most US states recognize that a judgment lien over movable property is perfected when a judgment creditor 'levies' upon the property. A creditor is generally (subject to exceptions) considered to 'levy' upon property when a sheriff (acting under a writ of attachment or execution) takes possession of the property, whether physical or symbolic. Upon levy, the judgment creditor's lien is generally considered to have priority over competing judicial lien creditors and hence priority over a bankruptcy trustee (who stands in the shoes of a hypothetical lien creditor under state law) under US Bankruptcy Code Section 544(a).

The underlying rationale for such rules is that creditors seeking to defraud creditors generally, or seeking to enhance their position to the disadvantage of other creditors, should not be given an unfair advantage. Hence, judgment liens arising within these specific periods (referred to as 'hardening periods' in insolvency parlance), even if perfected, are likely to be invalidated during the insolvency process.

The new Russian rules on judgment liens appear to be far less detailed — and less certain — than their American counterparts. The concept of judgment lien is generally reflected in two new articles of the RF CC: Art. 334(5) and Art. 174.1.

'Unless the essence of pledge relations requires otherwise, a creditor or other authorized person in whose interest a prohibition on disposal of property has been ordered (Article 174.1 RF CC) shall have the rights and obligations of a pledgee over such property from the moment of entry into force of a court's decision under which the claims of such creditor or other authorized person have been satisfied. The priority of satisfaction of the said claims shall be made in accordance with provisions of Article 342.1 RF CC on the date when the respective injunction has been ordered.

In other words, the language recognizes that the judgment creditor becomes a secured creditor, with the 'rights and obligations of a pledgee'. It effectively therefore may be seen as creating a new, third type of pledge — the judgment lien (or sudebny zalog) — in addition to the two existing types (contractual pledges and statutory pledges).

How do I obtain a judgment lien?

• build the grounds — obtain a lawful civil-law claim against the debtor;

• file a lawsuit — apply to a court for enforcement of the claim;

• win the case and 'perfect' the pledge — obtain a court decision and a writ of execution based upon the court's ruling prohibiting disposal of the property.

What type of property may be subject to a judgment lien? From a practical standpoint, obtaining a judgment over immovable or tangible movable property such as capital equipment seems more feasible than obtaining a judgment lien over participatory interests in Russian limited liability companies. Nevertheless, given the general formula established under 334(5) RF CC, creditors are not explicitly barred from trying to secure their interest in any type of available property, including participatory interests.

The next two steps — filing a suit and winning the case — are largely regulated by Russian procedural rules. There is no straightforward answer to whether such suit must be filed with a Russian state court only or may be considered by a foreign arbitration court. Given current Russian court practice on enforcement of foreign arbitration awards, Russian courts may possibly be reluctant to recognize foreign judgments creating a pledge of participatory interests in Russian limited liabilities companies (so-called 'corporate disputes') or in respect of immovable property located in Russia. The RF Constitutional Court has stated disputes related to immovable property may indeed be settled by arbitration courts (treteiskie sudy) — but this rule is untested as regards foreign arbitration courts.

The last stage is 'perfection' of the judgment lien. Art. 334(5) RF CC implies that the pledge will enter into force on the date when the respective injunction is ordered. However, in order to be effective against third parties, it would seem advisable to try to register the pledge in official registers: the EGRP for immovable property, the Pledge Register for movables and the EGRUL for shares. At the time of publication (and given that the new rules have not yet entered into force) it is not clear whether or how such registries will work with judgment liens. As far as we are aware, no changes have as of yet been made to internal instructions within these registries.

The most immediate benefit of obtaining a judgment lien is that this should frustrate attempts by the debtor to dispose of such property to the judgment lienholder's prejudice. The principal rights arising under a judgment lien are described in Art. 174.1 RF CC ('Results of entering into a transaction in relation to property the disposal of which has been restricted or limited'), which allows lien creditors to challenge transactions affecting the debtor's property.

Art.174.1 RF CC thus protects lien creditors where a debtor ostensibly disposes of (e.g., sells, transfers or pledges) property over which a judgment lien has been issued. However, as can be seen from Para. 2 Art.174.1 RF CC, a lien creditor cannot enforce his rights where the acquirer of the property (over which judgment lien was ordered) was a bona fide purchaser, i.e., if the latter did not know and could not have known of the prohibition. In case the latter claims he is a bona fide purchaser, the creditor will have greater chances to overturn such claim where the judgment lien has been properly 'perfected', i.e. if it has been duly registered in the relevant registers, as described above. This therefore places a premium on registration of the judgment lien with such registries.

And what about insolvency?

For now, the greatest uncertainty lies in the area of enforcement of judgment liens in insolvencies. Writs as well as judicial decisions to the extent that they prohibit or limit disposal are generally suspended in case of insolvency, under the automatic stay provisions of the RF Bankruptcy Law. Thus, it cannot be excluded that Russian courts, insolvency administrators or competing creditors may attempt to invalidate judgment liens on this basis.

Unfortunately, until this question goes to the courts there is no clear answer of whether judgment liens will be respected by the courts notwithstanding the automatic stay provisions. There are probably good arguments both for and against.

For example, it may be argued that a judgment lien creditor should be entitled to be treated exactly the same as any other secured creditor (with a contractual or statutory pledge) and hence put onto the list of secured creditors under Art. 7.1 of the RF Law on Bankruptcy, even after a prohibition on disposal and/or a writ has been suspended. Art. 334(5) RF CC specifically vests judgment lien creditors with the rights and obligations of a pledgee. None of the provisions of the RF Law on Bankruptcy have been amended in connection with the adoption of Art. 334(5) RF CC (in particular, the automatic stay provisions were not revised to state that rights under judgment liens become invalid by virtue of suspension of the underlying prohibitions on disposal and/or writs).

It will be interesting to observe how Russian courts approach these issues. Whatever the courts' final position, for now creditors will be well-advised to exercise their remedies to the maximum possible extent. This means securing judgment liens and perfecting them by registration, to mitigate their risks of bona fide purchasers and maximize their positions in insolvency.