The latest addition to Moscow’s live music scene, the Philharmonic of New Musical Arts, or FINOMI, aims to fill a longstanding gap in Moscow’s music scene when it opens on Saturday. With its broad roster of neoclassical and modern classical composers, piano music and chamber music sitting alongside post-rock, ambient and minimalist composers, multi-instrumentalists and electronic music composers, the venue hopes to bridge the gap between traditional classical music concert halls and live music venues.

In recent years, instrumental music can be said to have gained a new popularity and audience thanks to this crossover with more popular forms of music. Now, a new generation of musicians and audiences are looking for a recontextualization of traditional classical music.

However, this has been hard in Moscow, where there are either classical music halls with performances of conservative repertoires, or live music venues — nothing in-between. There are no venues that cater to the growing demand for classical music in its contemporary forms, and nowhere to see this sort of music performed regularly. Musicians and audiences from both camps are also isolated from each other. 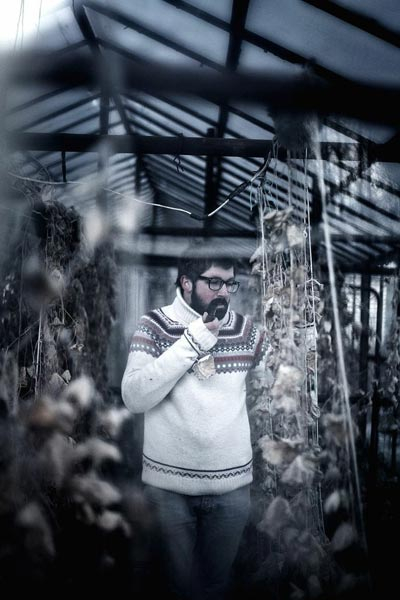 The team behind FINOMI aims to change this with their new venue that opens this weekend. They are the same group behind record label and concert agency Flowers Blossom in the Space, or FBITS. Danila Seliverstov, director of FINOMI, explained that he had “always been interested in new markets” but that he was “always depressed about the state of music business in Russia,” though he was involved in concert promotion and band management for many years.

Indeed, in FBITS’ four-year history, they can be said to have popularized the diversity of contemporary classical and instrumental music among Russian audiences, bringing the likes of Icelandic multi-instrumentalist Olafur Arnalds, German ambient musician Nils Frahm and the Italian pianist and composer Ludovico Einaudi, among many others, to Russia for concerts.

Seliverstov said he chose to focus on instrumental music as it is “a universal language understood by everyone … to spiritualize, inspire and encourage people,” and that he was lucky, in that the initial concerts that he organized were very successful, after which support just grew — their community group on the Russian social network Vkontake now has more than 23,000 members.

The agency made a decision to open its own venue, not only for expected cost savings, but also to further the development of young composers in Russia, “especially its contemporary forms, who do not understand the academic halls,” said Seliverstov.

The intimate 238-seat chamber music concert hall they will now call home, housed in a neoclassical building constructed in 1914, is noted for its unique shape.

Located in the building’s angular rotunda, it has unique acoustics and is well-suited for the performance of classical and instrumental music.

“We did not have to do some serious things in terms of redesign or improve the acoustics, as we were fortunate to find a place that was ideal for our needs,” Seliverstov tells me, though minor repairs and adjustments will be ongoing until it is completed in September. 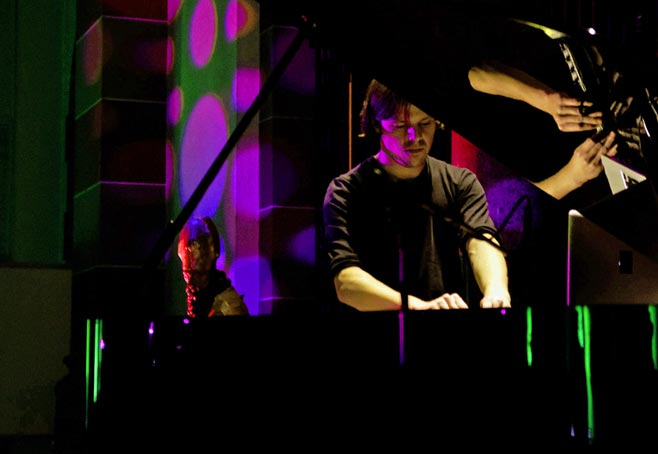 British musician Greg Haines, who plays at FINOMI on April 5.

Seliverstov explained that now, his team will focus on programming a calendar of events that will be interesting to the general public and to develop a community around their own venue.

“We are not engaged in some experimental genre or novelty performance,” he tells me. “On the contrary, even casual audiences will understand and appreciate this sort of music, as it is full of emotion and touches the soul.”

In the long run, the plan is for the venue to become a center for new music and other arts, and will host charity events, lectures and film screenings. “Our main goal has always been to inspire artists and listeners,” he adds.

FINOMI’s roster of performers includes a mix of Russian and international acts from as far afield as Japan and Australia, and tickets are priced from 700 to 2,000 rubles.