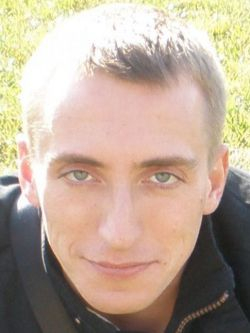 It is difficult to write about pensions now as the current political agenda obscures and outshines — or should I say outshadows? — any longer-term concepts. At the same time, no one has changed the natural course of life yet, and people are daily getting older, retiring from their careers and needing subsistence in old age. Pensions are as hot a question as ever.

After The Rain Has Fallen

The dust has settled after the fast and the furious round of pension reform in late 2013 passed through the requisite legislative routine and became the new reality. The first tangible consequences have appeared.

Last week, the first batch of statistical data for 2013 FY emerged. According to government officials, a record-breaking 15.9 million people applied in 2013 to transfer their OPS account (the funded component of the Russian pension system for those born in 1967 and younger) to NPFs (non-state pension funds). These applications have yet to be confirmed, but even a conservative estimate gives NPFs 13 million new accounts and brings their total customer base to over 33 million people — out of 77 million qualifying for this pension component.

In 2014, however, the enthusiasm behind this surge in account transfers will be muzzled: PFR (the state pension fund) did away with the system of transfer agents that allowed NPFs to verify customer's identity and signature, thereby accepting applications for account transfer on behalf of PFR. This year on, anyone wishing to transfer his account out of PFR will have to apply to PFR directly (in person or by mailing a notarized statement) and sign a contract with an NPF. The Russian DNA prompts to make a big circle round any official body and/or related paperwork, promising multiple time-consuming and painful iterations. Although PFR branches and specialised multifunctional centres for public services have done an amazing job to cut the hassle recently, the disbelief and the wary attitude are still quite strong.

What might spur on the laggards is that the opportunity window will close in two years: after Dec. 31, 2015, there will be no funded OPS except in the NPF universe. For those whose OPS accounts are in an NPF (or in an authorized asset management company, or in a dedicated portfolio in VEB, to be precise), the 6 percent tariff will be preserved, while for others their OPS pots will be in all probability frozen till pensionable age.

Survival of the Fittest

What it means for the pension industry is that OPS customer base will have been formed by the end of 2015, and after that only a thin trickle of new entrants will be adding up. Today, competition among NPFs is pretty scarce, as all market players are biting at "molchuny" ("the silent ones") whose accounts are still with PFR. Starting from 2016, however, things will be getting tougher and funds will have to start canvassing among each other's clientele. This will be made worse by the new once-in-five-years rule for OPS provider change; to crown it all, insurance companies have long been eying OPS monies, chances are they will be allowed to enter the market soon.

However, there is a balancing factor that will cull the flock of NPFs before they are at each other's throats in fight for customer: the double fine sieve that is currently at work, joining the pension accumulations framework and going joint- stock.

A brief reminder: NPFs that wish to continue working with OPS will have to migrate to the joint-stock format. As the government and the regulators hope, it will bring greater transparency to the sector. Not all the funds, however, are queuing up for the new status — some captive funds which manage corporate pensions of large monopolies would much prefer winding up its OPS operations than lose their non-commercial nature. Going joint-stock will mean disclosure of beneficiaries and tougher regulations, including those on related party transactions, and consolidating into the founder's balance sheet and accounting reports, which is something the parent structures dearly wish to avoid. Also, to qualify for managing OPS accounts, each NPF will have to join the national pension protection framework, obtaining first a clearance from the CBR.

There are two milestone events that will fuel further speculations and forecasts: release of 2013 FY pension sector statistics from the CBR (expected in April) and first CBR approvals for NPFs to join the pension guarantee framework and complete their joint-stocking (expected in autumn 2014 at the earliest). While the former will give a snapshot of the sector "as is," the latter will give a peep at the "to be."Follow us in The Moscow Times and we will keep you posted!