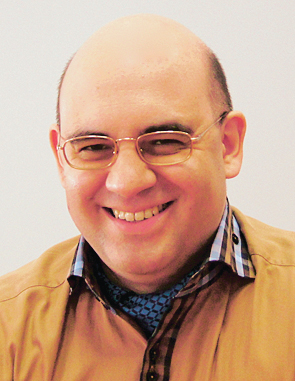 The ruble plunged against the U.S. dollar and the euro at the end of January, causing minor turmoil amid traders and making people line up at banks and currency exchanges. And so far, there is no evidence the incipient panic will not spread. If what the majority of economists predicted would happen in the course of a year actually happened in a mere fortnight, what’s going to happen next? More importantly, how will it affect our daily lives when it comes to jobs and employment?

There is no shortage of macroeconomic forecasts, seeming to compete among themselves for whose picture will be scarier. There’s talk of a creeping domestic crisis, a ceiling for the national economy to hit, 10 thin years to come and a multitude of other catch-phrases delivered with sinister relish that would do credit to any Malthusian.

But with a weak ruble, are the negatives the only possible outcome? Let’s review what we know about the labor market in Moscow now: a very low unemployment rate (less than 1.5 percent as of December 2013), stable attrition rates, relatively active job market, and salaries growing by 6-10 percent annually. On the face of it, there is nothing to be alarmed about.

On the other hand, it takes a very long time to fill a vacancy (with almost every applicant employed, neither party is willing to make haste), there’s a growing number of unfillable vacancies (ghost vacancies); there’s a lot of bias toward candidates who are currently unemployed and several less noticeable but equally alarming trends. All of which goes to prove that the Moscow labor market is not exactly healthy.

Seen from an employer’s perspective, the problems are plentiful as well: shortage of relevant candidates, rising labor costs against stagnant margins, productivity levels per one worker stubbornly static. Hiring is a disheartening experience for many employers: candidates coming unprepared for an interview and lacking motivation to do anything except wait for a payday. It is rather obvious that the status quo isn’t conducive to sustainable growth and development. Something needs to be changed. And weak ruble might just be the agent of change, for better or for worse, with consequences that can be divided into short-term and long-term.

In the short run, a weak ruble will stick a new price tag on everything that’s imported, accelerating the inflation. The consumer markets will shrink, and households will tighten their belts. With decreasing domestic demand, production will inevitably fall. What that will mean to the workforce is easy enough to see: rising anxiety levels and more disgruntled employees. Inevitable redundancies will spur the attrition; each new employee will be hired for a salary smaller than that which was paid to a predecessor. The market will largely shift to favor the employer.

But then there will emerge subtle signs of a more positive character. The number of candidates will rise, and time to fill a vacancy will shorten. Ghost vacancies will be swept from the market. Out-of-job applicants will be hired as a better value-for-money proposition (who’d want to refuse a set of skills coming at a 20 percent discount of what you expected to pay). Low-engagement workers will be jostled out of their comfort zones either by the necessity to increase output or by having to apply their skills elsewhere. Productivity levels will rise, and businesses will indeed become more effective. In the long run, with costs under control, the businesses will begin to expand, and another cycle of market economy will begin. The unemployment may indeed be higher but with more opportunities and quick hiring, it will be conducive to economic growth.

What about those made redundant? Apart from the obvious fact that a lot of stress will be generated, there’ll be a shift in consciousness and worker mentality. Competition for jobs will unambiguously show that the responsibility for making one’s skills marketable now lies primarily with job applicants themselves. Fear of being restructured is one more drop of poison into the stressful life of a Muscovite, but fear can be a powerful motivator.

To sum things up, should an employer actually welcome a weakening ruble? Insofar as it implies change and challenge, it is wiser to accept and adapt. After all, Russia is a free market economy, and peaks and pitfalls are unavoidable. If you have teams to run, you should be advised to remember that fear may make people work, but doesn’t breed loyalty. Do not rely on fear as a single readily available motivation tool. You’ll want to keep your best employees once the markets show promise.

If you are a hired employee, strive for achievement so you can show something for your effort and never mind the panicky mood around you. Either your current employer will value your endeavors, or some other definitely will. Try not to stay out of a job for too long. Even if you fall in income, see it only as temporary. As soon as the economy picks up, your track-record will be appreciated. Our economy is grinding to a halt, and there’s talk of recession. The speed of recovery, though, will greatly depend on the efforts of every single company and employee.