DERBENT, Dagestan — Rabbi Ovadya Isakov, the leader of Derbent's small community of Mountain Jews, was shot in the chest as he left his home on July 25.

The attack, carried out by Islamic militants, sent shock waves through Jewish communities in Dagestan and in Russia as a whole, further emphasizing the instability of the North Caucasus and raising grave questions about the future of the remaining pockets of Mountain Jews, or Juhuro, living in the region.

Now, as the Winter Olympics begin in Sochi under a cloud of security,  a few hundred miles away

Isakov and Derbent's Juhuro community struggles to go on with regular life, while frequent terrorist activity and general lawlessness create an atmosphere of fear and uncertainty.

"In any place where there is great holiness, it attracts some kind of evil," Isakov said in an interview, speaking of the situation in Derbent.

Archeologists estimate Derbent to be about 5,000 years old, making it by far the oldest city in Russia, and it is home to unique historical monuments and holy places for Jews, Muslims and Christians alike.

Isakov was quick to note the unique atmosphere of tolerance in Derbent, saying that "we have always had brotherhood and friendship between nations." Though he was specifically targeted and stalked by a militant group, he believes that this attack was "not specifically anti-Semitic, but anti-humanity."

"This group that attacked me … their goal was PR … for this reason they attacked police, customs officers, people who could create noise," Isakov said of his attackers.

"He became a victim precisely because he was a religious leader, because he would not accept the situation and make peace with the terrorists," said Berl Lazar, chief rabbi of Russia, in a December press conference.

Isakov was airlifted to Israel the day after the attack for medical care, yet remained in a critical condition for several days. Upon regaining consciousness, Isakov was quick to announce that he intended to return to Derbent to resume his duties and was not afraid to continue.

News of the attack was met with a tremendous outpouring of sympathy and support from all sides.

"There was unification at all levels of Jewish society … the whole Jewish people joined together," said Rabbi Avraam Ilyaguyev, lead coordinator for Juhuro affairs at the Federation of Jewish Communities of Russia.

Ilyaguyev described Isakov's surprisingly rapid recovery, saying that when Isakov came to Moscow in December "we gave him a feast of thanksgiving, and he danced." Isakov's recovery was "miraculous," and members of the community used his example to find resolve to carry on. 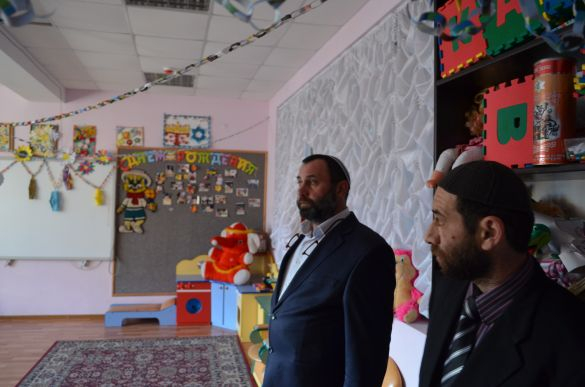 Despite the work of the community school, local youth usually leave home for work opportunities elsewhere.

Though the attack on Isakov brought their issues to the attention of the world, the Juhuro community of Derbent had in fact been under duress for many years.

The Juhuro, who moved into the North Caucasus from Persia around the 5th century AD, are culturally distinct from the Ashkenazi Jews of Russia and the Georgian Jews of the South Caucasus. Their distinctive language, called Juhuri, is a mix of Persian and Hebrew.

Traditionally, the Juhuro were largely a rural people, living throughout the North Caucasus in the regions of Dagestan, Chechnya, Ingushetia and North Ossetia, as well as sizeable communities in Azerbaijan. With the arrival of Soviet power in the region, the Juhuro followed the trend of gradual urbanization, congregating in cities and towns. While their remote location spared the Juhuro from the Soviet secularization that struck Ashkenazi communities in Russia, many of the urban communities did suffer from a certain degree of assimilation.

While the collapse of the Soviet Union allowed the Juhuro to more openly express their faith, it also brought economic hardship and mass emigration. Beginning in the 1980s, they fled Russia to move to Israel, from where some later moved to the U.S.

Ilyaguyev estimated that only about 300 Jewish families, roughly 2,000 people, remained in Derbent, compared to the population of 30,000 Jews who lived there during the Soviet Union.

Robert Ilishayev, coordinator of the Juhuro community of Derbent, said that the community had changed immensely over the course of his lifetime, estimating that more than 80 percent of the local Jews had left. Both Ilishayev and Ilyaguyev stressed the difficulty of precisely stating the number of Jews in Derbent, saying that many Jews who in fact lived abroad still had homes in Derbent and occasionally returned.

"The whole problem now is that all our youth are leaving, they canont find work — this is a problem not just for Jews, but for everyone here" in Derbent, Ilishayev said.

Regardless of the precise number who have left, life is not the same for those that remain — economic opportunities remain limited throughout Dagestan, and lack of infrastructure makes it difficult to keep kosher and observe Jewish traditions — Rabbi Isakov described having to import kosher baby formula from Israel. 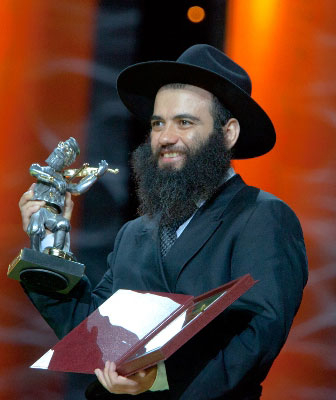 Apart from economic straits, the security situation in Derbent has gradually declined over the past decade.

The situation has changed greatly for the worse … there is no safety — back then [in the ‘90s], there was some control over the situation but now it has become much more complicated,” Ilyaguyev said, describing how Derbent has worsened since he departed to take up his duties in Moscow.

Though the media has paid little attention to the situation since the attack on Isakov, bombings, shootings, and counter-terrorist operations have taken place in Derbent at least on a weekly, if not a daily, basis in the months leading up to the Olympic Games.

While religious extremism is often thought of as the main cause of unrest in the Caucasus, Ilyaguyev explained that rule of law in general was simply lacking: "There are bandits who are just after money, and there are ideological extremists who are after glory … no one knows how far they will go, what they might think up next."

While Rabbi Isakov said his faith helped him to continue his everyday life in Derbent, he conceded that "the situation is extreme."

Isakov said the atmosphere of constant danger had an impact on the psyche of local residents, explaining that: "A person is created so that he also starts, not to get used to it, but maybe to pay no attention to the situation … but I think everyone has this feeling of uncertainty about tomorrow."

"To live in such a society, one has to carefully think through every action, and take measures to ensure safety first of all," Isakov said. Those in power are by no means insulated from the fear of violence, and public figures are in fact more likely to be targeted for attacks.

"When I speak to members of the security services there [in Derbent], they say that even they are uncertain about tomorrow … that they are not sure how to preserve their own personal safety — some of them even change their license plates twice a month," Isakov said.

Rabbi Lazar noted that even though the attack on Isakov had not ended in tragedy, attacks on religious leaders are common in the Caucasus, and many Muslim leaders have not been as lucky as Isakov.

"We have turned to the security organs several times with the request that they do everything possible to solve this problem, so that our religious leaders can feel safe and they can continue their proper work." 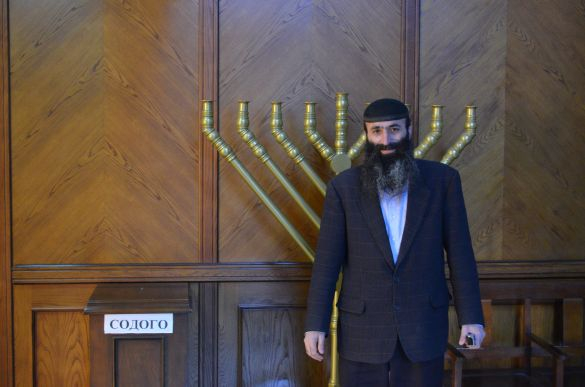 Conditions in Derbent make it hard to observe Jewish laws and customs.

Building for the Future

Despite the tense and unstable atmosphere in Derbent, some in the Juhuro community are deeply committed to their hometown, and refuse to consider relocating.

Robert Ilishayev said he had never thought of leaving, even at the worst of times. "This is where my community is," Ilishayev said.

Rabbi Isakov himself returned to his hometown to be a local rabbi after graduating from university in Moscow, choosing the life of a provincial rabbi in a war-torn region over an easier path elsewhere. He said that while many Juhuro had left Derbent, those that remained were not likely to disappear.

With this committed core of community members, Rabbi Isakov and the Derbent Juhuro have worked to revive traditional Jewish culture and expand opportunities for members of their community. Built in 1914, Derbent's synagogue had severely deteriorated and was near collapsing in the mid-2000s, yet the local community, with help from local government and other Jewish groups, succeeded in raising the funds to completely rebuild the structure, preserving the original design.

The newly reconstructed synagogue, which now includes a school, kosher kitchen, museum, banquet hall and even a hotel for visiting Jews in addition to the prayer hall and mikvas, allow the Juhuro to easily gather and pass on their traditions to their children. While there is no instruction in Juhuri, Ilishayev said that most families speak it at home, and the language is in no immediate danger of falling out of fashion.

Derbent's Jews have close ties to Juhuro communities in Azerbaijan — a rabbi from Baku came to Derbent several times to substitute for Rabbi Isakov when he was in the hospital — and Russian Jewish organizations like the Federation of Jewish Communities of Russia also support the community.

When the fanfare ends and the Olympic guests depart the Caucasus, the Juhuro will still be there, just where they have lived for  a millenium. While their lives now are racked by uncertainty, people like Rabbi Isakov and Robert Ilishayev are determined to ensure that their communities lives on for millenia to come.