As Oscar season prognosticating dominates culture pages in the U.S., Russia has the Golden Mask Festival and Awards, which highlight the best theatrical productions from around the country for the 20th year running.

As major Moscow theaters like the Bolshoi and the Taganka are still reeling from internal scandals of the past year, it remains to be seen whether their performance in the Golden Mask awards will suffer as well. The Moscow Times looked back on five years of statistics from previous Golden Mask Awards and compared them to this year's list of nominations to see if any forecasts could be made.

Certainly the schedule that has been released for the Golden Mask Festival seems to suggest a dominant year for St. Petersburg theaters: The festival opened at Moscow's Bolshoi Theater on Jan. 25 and 26 with two evenings of ballet presented by the troupe of St. Petersburg's Mariinsky Theater. 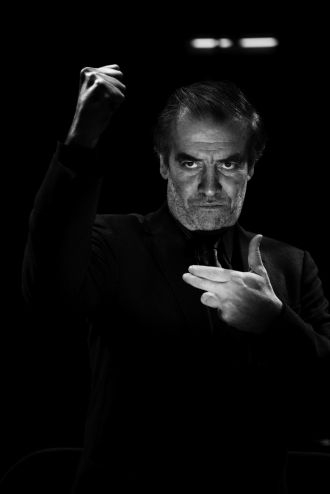 The disciplined Mariinsky troupe will be conducted by Valery Gergiev.

The Mariinsky premieres will be followed on Feb. 4 and 6 by two operas from St. Petersburg's Mikhailovsky Theater. With the exception of one performance from Perm's Tchaikovsky Theater on Feb. 18, these are the only performances from Russian theaters that have been announced thus far in the Golden Mask program, as all subsequent performances on the schedule are from foreign theaters.

St. Petersburg's dominance in the performance schedule is by no means surprising — this is the eighth year that the Mariinsky has held premieres in Moscow, and it seems only logical for a national prize like the Golden Mask to emphasize theaters in St. Petersburg and provincial cities like Perm over the more familiar Moscow venues.

However, it will be interesting to contrast the performances by the disciplined Mariinsky troupe, conducted by Valery Gergiev, with the ongoing scandal at the Bolshoi theater, which will soon announce a replacement for former musical director Vassily Sinaisky, who resigned in December. With the Taganka Theater also the scene of protests and discord, it remains to be seen if the critical reception of Moscow theater has been affected by the seemingly endless scandal.

A glance at the nominees for the 2014 Golden Mask awards indicated that Moscow theaters have not suffered greatly, despite their internal travails — theaters in the capital received about 89 nominations this year, slightly up from 84 nominations last year.

However, Russia's second capital has made considerably greater strides this year. St. Petersburg theaters garnered 61 nominations for 2014, a considerable rise from the 42 nominations earned in 2013, and a return to the number of nominations seen in 2011 and 12.

While Moscow still holds a considerable lead, much of this is due to the capital's dominance in areas like puppetry and experimental theater — the two cities are nearly even in the more prestigious categories.