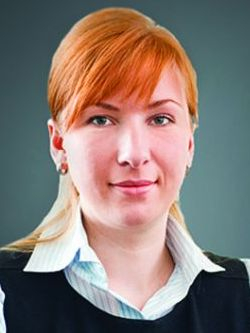 The rigidity and conservatism of the Russian Labour Code, Russia's key employment legislation, as well as corresponding court and procedural practices, have long been a major concern for international companies coming to Russia, as well as Russian employers looking to adopt global best practice. Amongst the major causes for complaint of these employers include Soviet principles, an intensively bureaucratic regulatory process, a relative inability to apply "good faith" principles, and the extensive, often seemingly unreasonable, guarantees provided to employees. For many international companies Russian labour is associated with an eye-glazing volume of paperwork, a legendarily difficult process for dismissing an employee, an old-fashioned and rudimentary approach to labour safety requirements, and rigorous liability.

Working with the Russian Labour Code and applying it to physically distant or remote employees, 'In the field', has also been a significant area of concern; particularly for most sales and distribution companies. The Russian Labour Code has not included any specific provisions relating to remotely located employees — the employer still had to produce extensive paperwork, still had to be particularly concerned about the physical environment of the employee, and still faced the restricted ability to terminate unsatisfactory employees. If this was not difficult enough, employment "issues" for remote employees were supplemented with the considerable risk of falling foul of taxation registration requirements in many of Russia's regions unless more intense bureaucratic paperwork was appropriately managed.

However, in the summer of 2012 an opportunity to improve the regulatory environment applying to this type of employee arose when a new concept of "distant" labour was proposed by the Russian government, with proposed regulations specifically intended to address the circumstances of employees conducting activities physically distant from the office or factory of an employer. 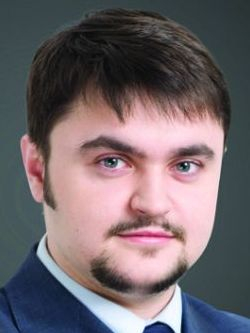 The business community was initially excited by the idea of the proposed amendments — the concept of distant labour could simplify communications with field-based employees (especially salespeople), eliminate the extensive post-Soviet paperwork requirements involved in managing these, should allow additional grounds for employment termination, and also minimize the burden of meeting labour safety requirements. In April 2013, after less than a year of discussion and bargaining, the concept of distant labour was introduced into the Russian Labour Code.

Although the chapter regulating distant labour was added to the Russian Labour Code more than nine months ago, the new legal pattern it introduced has not yet been taken up by many companies, even where it could apply perfectly to the employment circumstances of the company. Just a few have started using the new legal concept in full.

So, why is the business community treating this concept, which many employers craved, with caution?

We have addressed this question to many of our clients and asked about concerns they have preventing them from using this concept. The answer we have received have been quite surprising, leading us to the view that the concept of distant labour has already been overwhelmed by myths, and that lack of clear understanding of the concept and the legal changes has prevented some companies from implementing the concept.

What have been the employers' major concerns? As practice shows, employers are "afraid" of the requirements for using electronic digital signatures provided for by the new provisions, and many companies believe that distant labour automatically means a requirement to use electronic digital signatures ("no electronic signature — no distant labour"). Electronic signatures are not commonly used in Russian employment relations (unlike civil-law relations where digital signatures have become rather popular), and are seen as expensive, troublesome, and difficult for users. In addition to this, some employers are uncertain about whether the distant labour concept is applicable to employees who do not permanently use telecommunication networks and the internet in their work — sales managers, trade agents, medical representatives, i.e. those employees spending a part (sometimes even major part) of their working day "In the field".

Do these concerns have any grounds? We have looked at these issues more closely…

Are employers obliged to use an electronic digital signature in every circumstance where they want to engage a distant employee?

Let us look at the legal definition of distant labour. The Russian Labour Code defines distant work as the "exercise of the labour function defined by a labour contract outside the location of the employer, its branch, representative office or other separate structural unit (including those situated in a different location), outside a stationary working place, territory or facility which is directly or indirectly controlled by the employer, provided that public information-telecommunication networks, including the Internet, are used for the exercise of this labour function and for interaction between the employer and an employee in respect of the matters involved in its exercise" (Art. 312.1 of the Russian Labour Code).

Obviously, there is nothing in the definition above that mandates the use of electronic digital signatures as a requirement for distant labour, but only reference the "information-telecommunication networks and the Internet" as the instruments of business communication.

The Labour Code also establishes that "If this chapter (regarding distant labour) provides for communication between an employee (or a candidate) and the employer by way of exchanging electronic documents, qualified electronic signatures can be used". Upon examination the Russian Labour Code, the exchange of electronic documents is envisaged in the following circumstances:

• Execution or amendment of an employment contract (Art. 312.2 of the Russian Labour Code);

• Acquaintance of employees with local regulatory acts, notifications, orders, requests and other internal documents, evidenced by their signature (Art. 312.1 (5) and 312.2 (5) of the Russian Labour Code);

• Acquaintance with documents upon termination of employment (Art. 312.5 of the Russian Labour Code).

At the same time, the Russian Labour Code clearly states that any of the above communications "may be" performed by an exchange of electronic documents, which also means that they "may not be". Consequently, the instances listed above do not require an employer to use an electronic digital signature, but merely provide it as an option.

It should also be noted that an employer is entitled to use "information-telecommunication networks and the Internet" (i.e. e-mail, Skype, social and corporate networks, applications and utilities, etc.) in day-to-day communications with employees, without using electronic digital signatures.

Therefore, we have concluded that an employer is entitled to utilize distant work provisions in the Russian Labour Code without using electronic digital signatures. It should be noted, however, that not using electronic digital signatures will mean an employer retains standard paperwork "headache" in relation to all administrative matters with employees (approval of vacation, assignation to a business trip, acknowledgement with policies and procedures, requesting explanations, serving notifications, etc.), although the employer will still also gain the particular advantages of the distant labour concept.

Can "field" employees be engaged under a distant labour arrangement?

The Labour Code specifies that distant work implies that "public information-telecommunication networks, including the Internet, are used for the exercise of the labour function and for communication between the employer and an employee in respect of the matters involved in its exercise".

Another business concern referred to circumstances where employees were not using the Internet over the course of the whole working day — e.g. sales representatives and medical representatives. What if the employee spent part (sometimes even a major part) of a working day in the "field" visiting customers, clients or business contacts and communicated with the employer using the Internet just to report back to the employer on the results of the "field" work?

In considering this it should be noted that the Russian Labour Code does not specify how frequently or permanently the distant employees are supposed to use public information-telecommunication networks for the exercise of their labour function. Having analyzed the provisions of the Russian Labour Code and consulted with Russian public authorities (State Labour Inspectorate), we believe that employers are entitled to employ "field-based" employees under distant labour conditions if these employees use, to any degree, including intermittently or rarely, telecommunication networks for communication with the employer.

What are the advantages of distant labour?

Despite particular practical difficulties in communicating with employees and regardless of other inconveniences, which are not solved by the concept of distant labour as it has currently been introduced in the Labour Code (e.g. monitoring the employee's performance, applying disciplinary sanctions, etc.), employers agreeing to distant labour arrangements with employees can access some advantages of the distant labour concept.

The most valuable advantages of a distant labour arrangement are:

• Employers are relieved from some labour safety obligations relating to a distant employee, including workplace assessment (attestation), observing and supervising work compliance, providing personal protection equipment, etc. The only labour safety requirements that an employer is still responsible for are recording and investigating labour accidents and professional diseases, fulfillment of public authority instructions and injunctions, mandatory employee social insurance and familiarization of employees with labour protection requirements while working with employer provided

or recommended equipment and facilities;

• Employers employer can provide for additional grounds for terminating a distant employee's employment in an individual employment contract;

• Employers can oblige distant employees to use particular facilities and devices in an employment contract, can handle all day-to-day employee job responsibilities and instructions via e-mail and can use such communications as evidence in court in the event of dispute; and

• An employer is relieved from the requirement to register with local tax authorities for taxpaying purposes at the place where the distant employee lives and performs the distant labour function.

These advantages, in our opinion, are certainly worth any particular paperwork disadvantage mentioned above for many companies, particularly with the possibility that the use of electronic digital signatures may also change drastically, and become easier, within the next few years…

So maybe it is time for more companies to start using the new concept and making their lives a bit easier?